Building my own ‘minaret’ 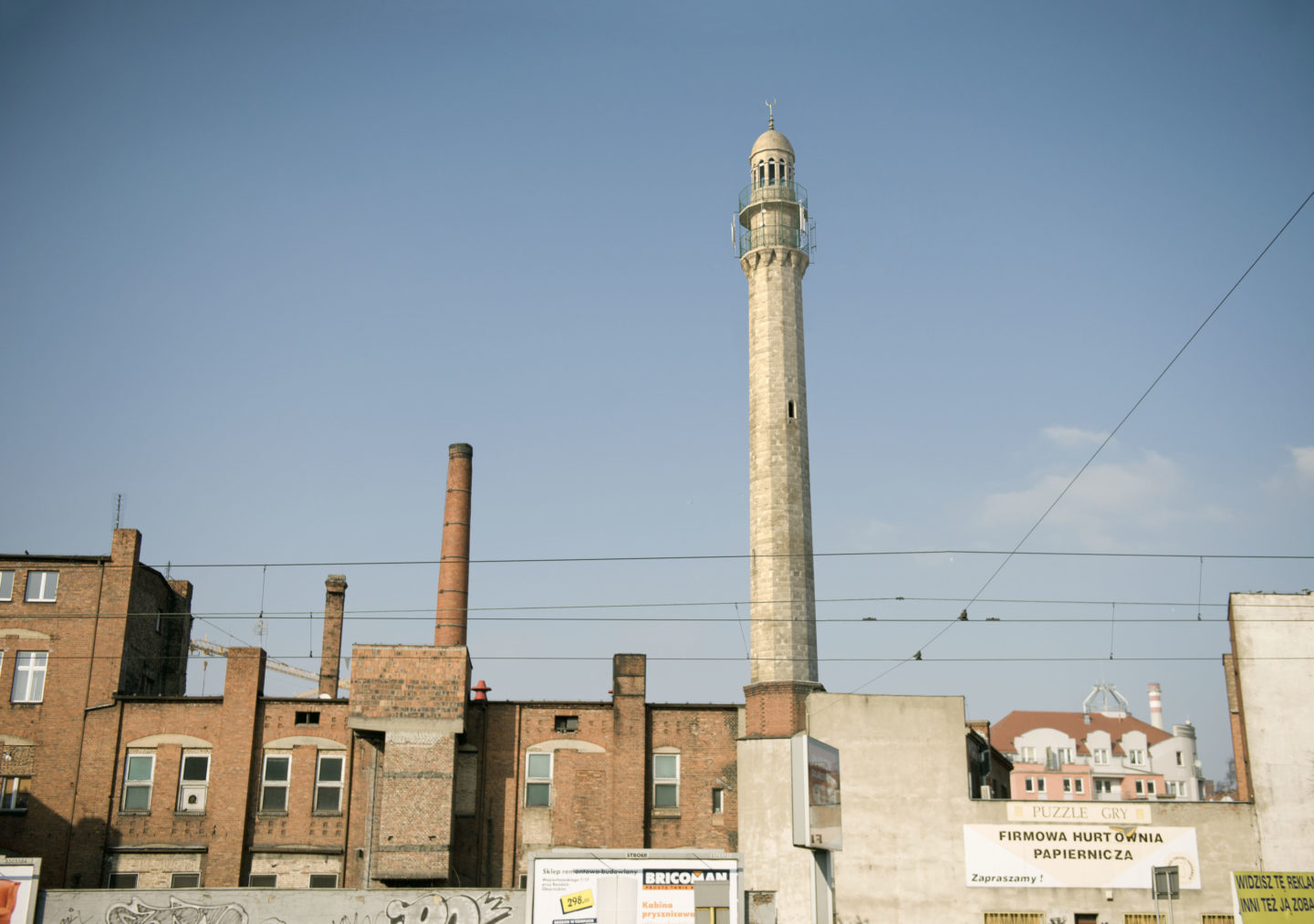 My art project involved bringing a bit of the Middle East to Poland. The reactions to it have been telling

In 2008 Poznan‘s mayor invited me to prepare a public art project for the city. I decided to transform a disused industrial chimney in an area which reminded me of the Middle East into a minaret, a project which has taken on new significance in the light of the Swiss referendum this month.

The chimney stands within the line of sight of a former synagogue – now a swimming baths belonging to the Jewish municipality – and the Catholic Basilica on Ostrow Tumski Island between the Warta and Cybina rivers.

I chose the form of the minaret because I know it well from working in the West Bank town of Jenin in Palestine. I was able to replicate one of Jenin’s minarets, using similar materials and copying the craftsmanship of its wrought-iron balustrades and detailed stone finish.

My aim was to allow this run-down fragment of Poznan to become a mirage of the Middle East. I wanted to convey to the residents of Poznan, not just my own enchantment with Middle Eastern culture, but also to ask them a question: are you ready to accept a foreign element – of another religion, ethnicity and culture – in your midst?

In that packed hall in Poznan, I came to understand that realising this project was essential. In the summer of 2009, my team, with the support of the Malta foundation, presented the minaret proposal to the public. The public response has sparked two ongoing campaigns of those vehemently for and against the project.

The Muslim League of Poland rallied behind us, with leader Sheikh Mohamed Saleh explaining that “Minaret’ is just a building and has no religious meaning. But we support this project because Muslims live and study, heal the sick in hospitals, and run businesses here. We contribute a lot to Poland and yet still we are unseen. Maybe ‘Minaret’ will compensate for our invisibility.”

Nevertheless, local architects and councillors were opposed, arguing that the project was “culturally foreign”, and due to its visibility within the line of sight of a cathedral and former Synagogue, it could be read as a “religious provocation”.

Heated debates ensued, reaching boiling point at times as Poland’s right wing waded in voicing opinions such as “‘Minaret’ is a symbol of a religion which has denied both our culture and basic human rights for 1400 years.” I received personal threats, with some critics telling me, “Don’t you go bringing us Islam to Europe. We don’t need this religion of hate here.”

According to a survey by the right-wing Fronda newspaper, 70% of Poznan’s residents reject the minaret project. Comments on Fronda’s website include, “Lets not make the same mistakes as other European towns, and lets not make any concessions. We are resolutely opposed to minarets, mosques, terrorism, barbarianism as well as religious intolerance.”

Those supporting the project have been just as vocal. The Malta foundation protested that “Project ‘Minaret’ is a symbolic gesture revealing the reality of Poland. Poznan is not a closed homogenous zone where anything different crossing its borders is ‘a foreign cultural element’ and therefore damaging and threatening.”

I paraphrase the analysis of the Polish edition of Le Monde Diplomatique which has campaigned for the project. It observed that we cannot separate the little war over the minaret in Poznan from the real wars Poland is waging in lands of minarets thousands of miles away. Perhaps the key to understanding the reaction to my project is the fact that it implicitly reminds us of our participation in occupations and military aggression against Muslim countries today.

A society that continues to consider its self an unrecognised victim of historical defeats denies consciousness of the fact that for years it has been acting on the side of history’s victors: torturers, occupiers and aggressors. The truth of our “stablisation” missions in Iraq and Afghanistan would be hard to accept had we not built ourselves a security wall out of ignorance and hate. The campaign to demolish the minaret before it has even been built is based on arguments designed to reinforce this wall of ignorance.