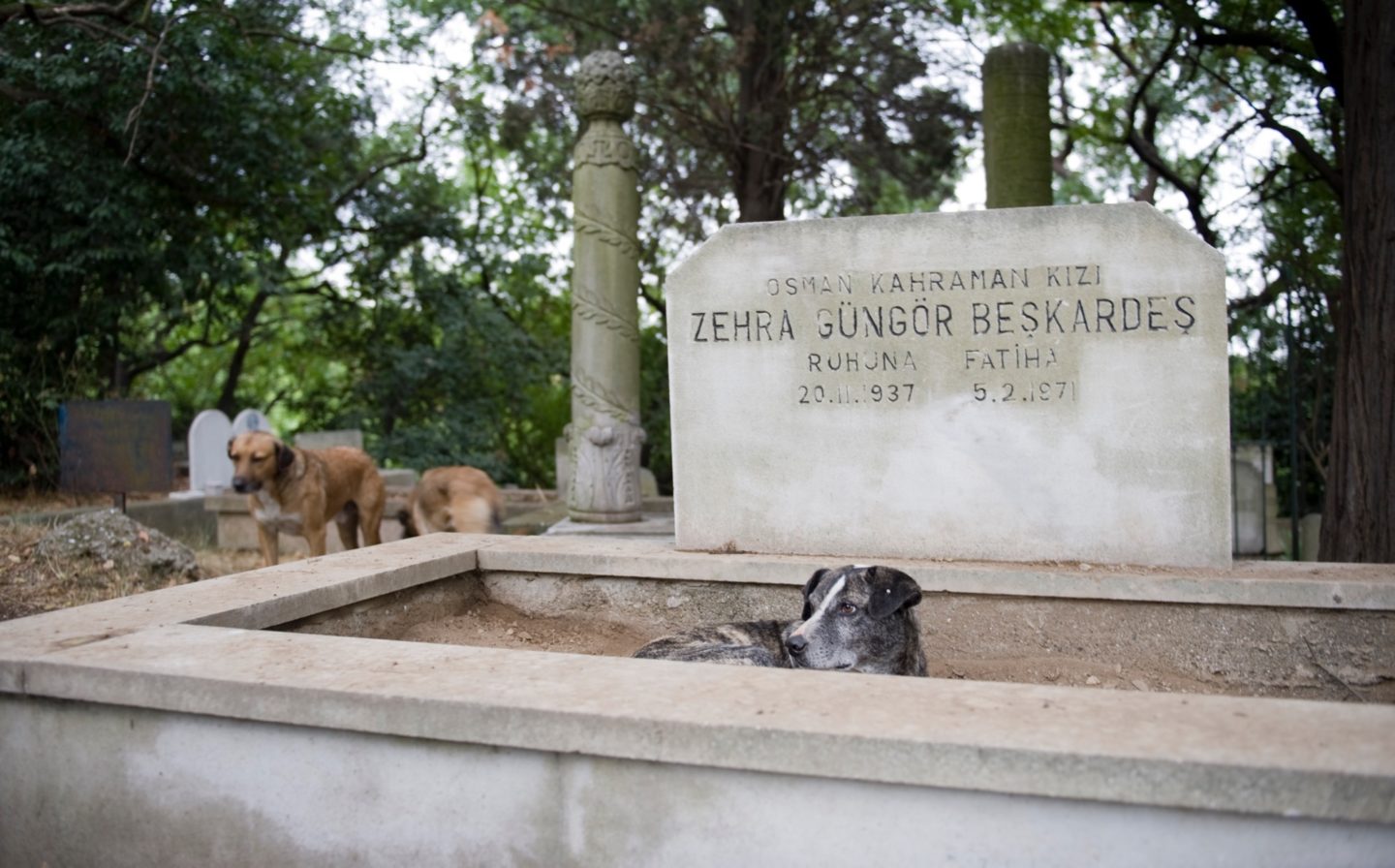 This series was inspired by a true story from in 1911 in Istanbul. The Ottoman Empire’s capital was full of stray dogs. The authorities, fearing an epidemic and potential animal aggression, decided to ‘cleanse’ the city by taking the dogs out to an uninhabited island. Soon thereafter Istanbul was hit by an earthquake, which the residents, suffering pangs of conscience, interpreted as a punishment for their treatment of the dogs. They decided to bring the animals back to the city. During the Ottoman period, an area called Üsküdar served an important role as the city’s out-of-town cemetery. A vibrant residential and commercial district today, it nonetheless still features a disproportionately large number of cemeteries: mainly Muslim but also Christian and Jewish. The photographs by Rajkowska, which portray dogs that have chosen an Üsküdar cemetery for their home, raise the issue of the exclusion of animals from society, as well as serving as a reflection on the powers of both strangeness and attachment between animals and people. 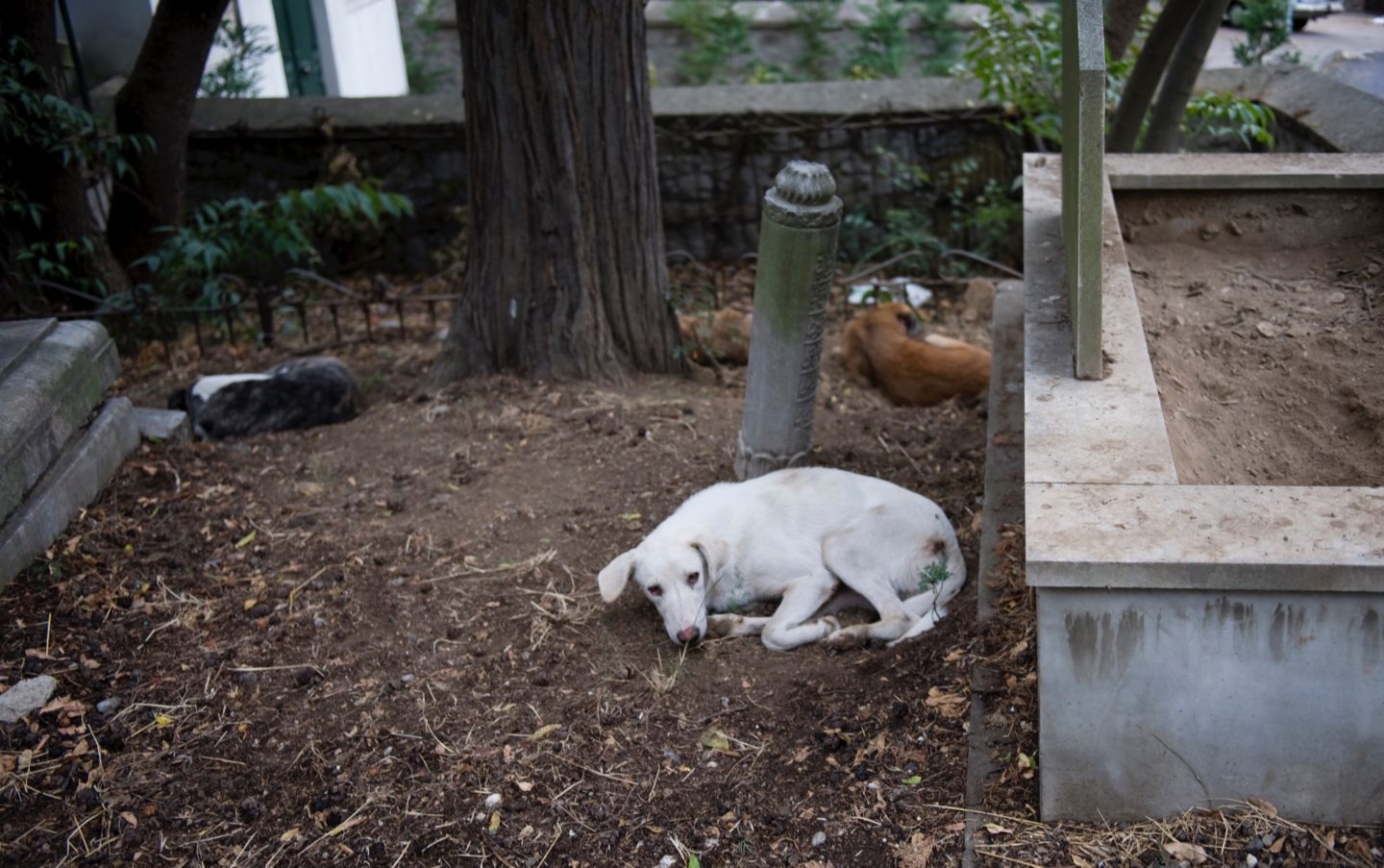 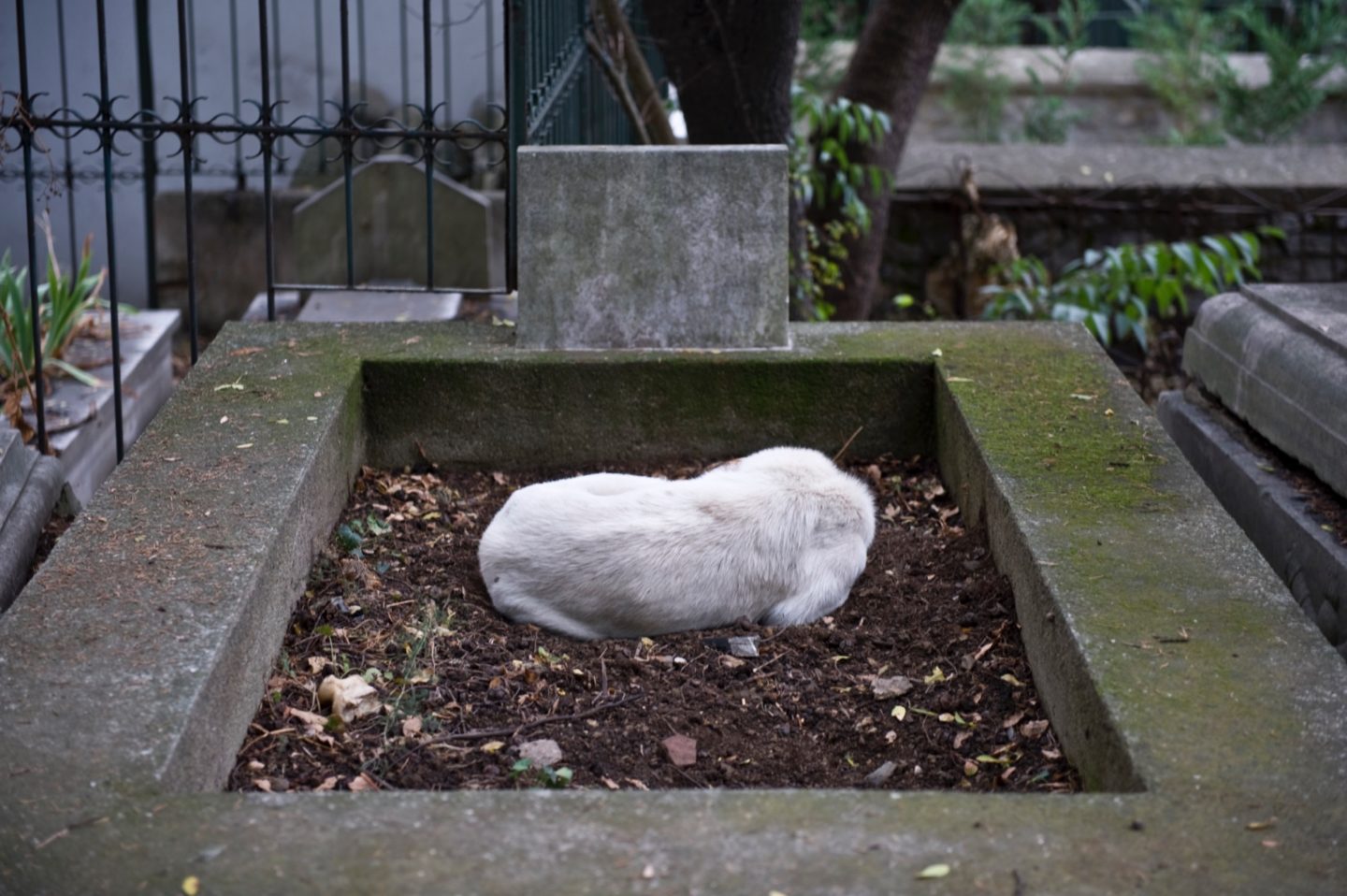 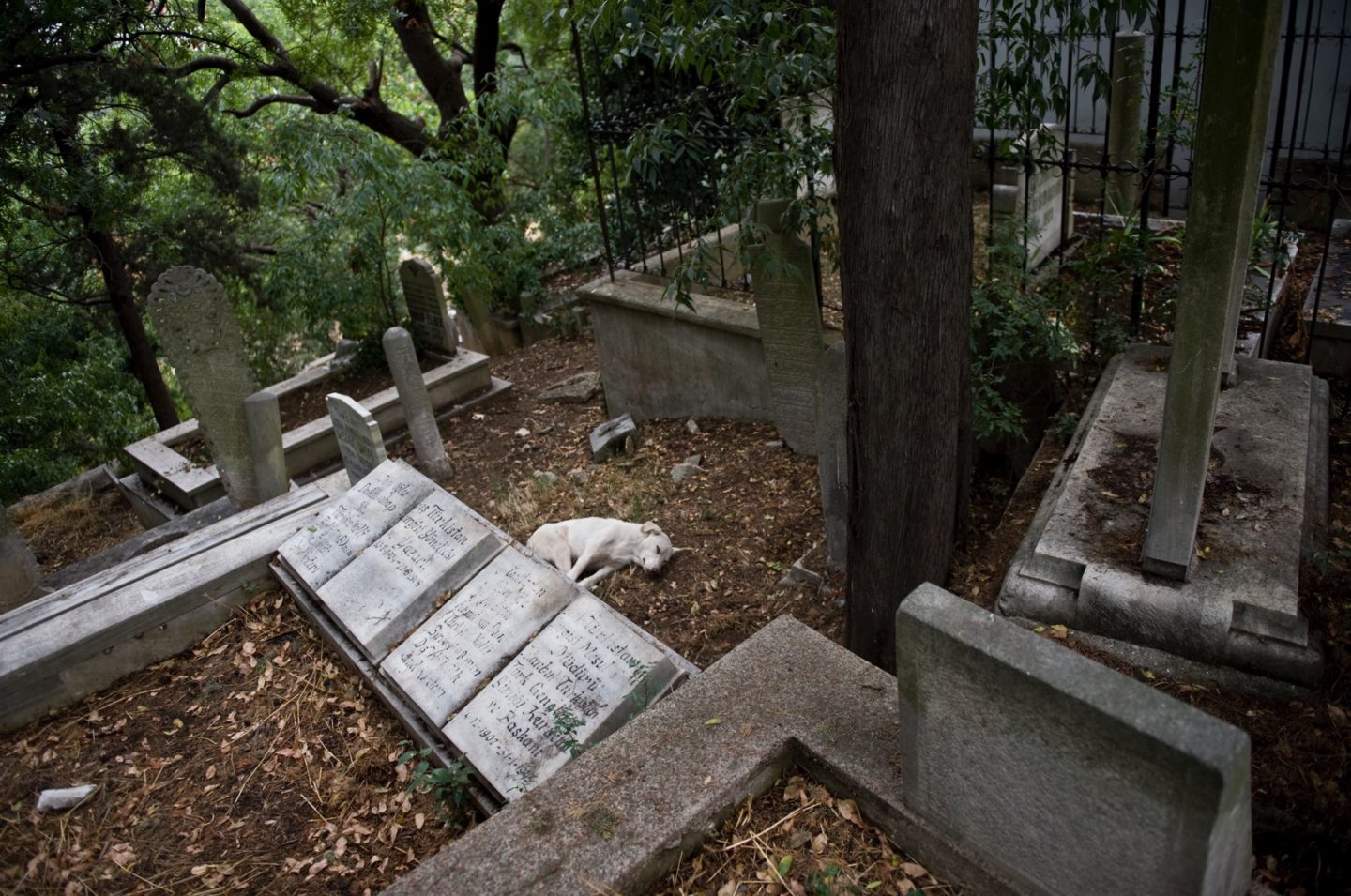 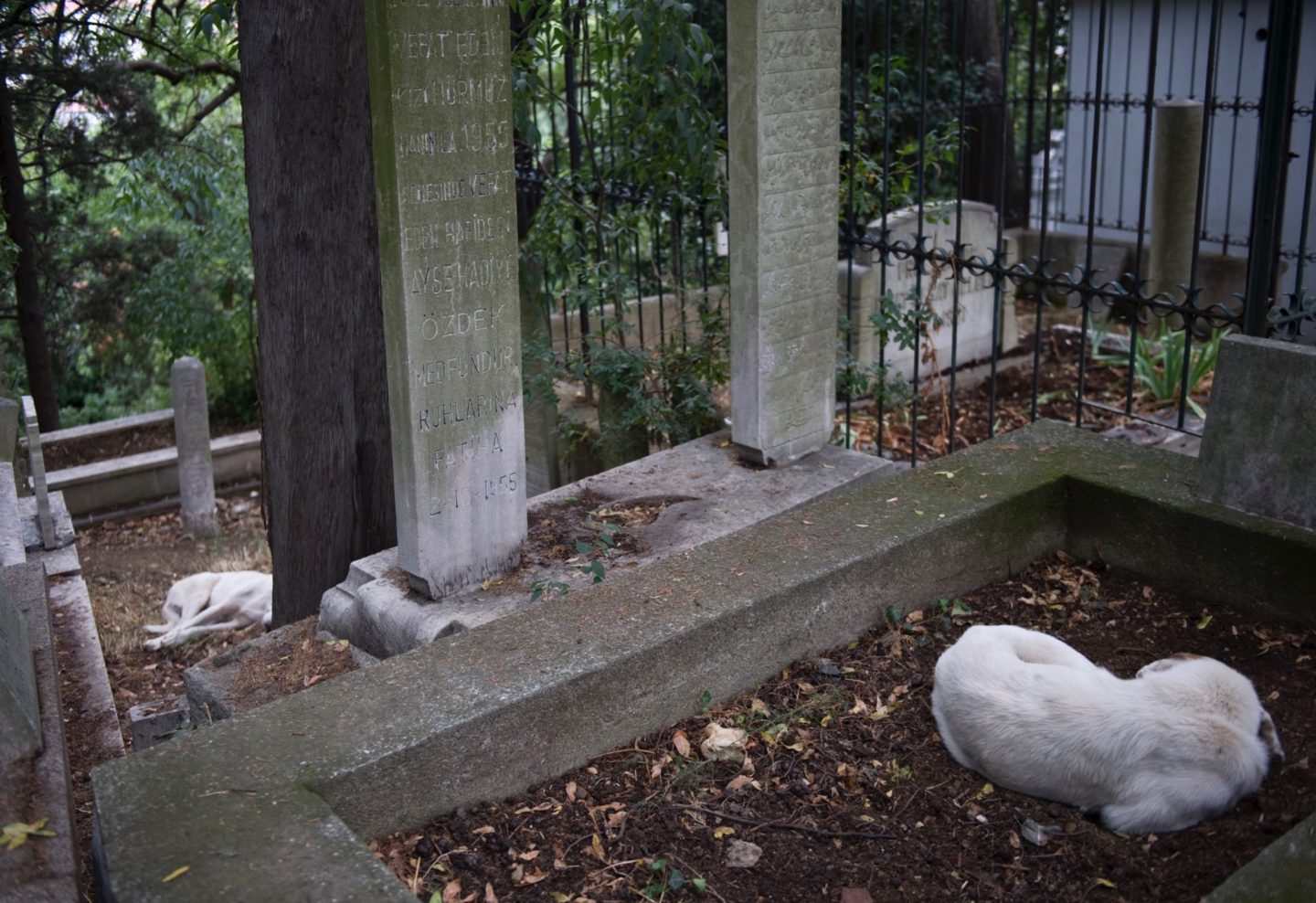 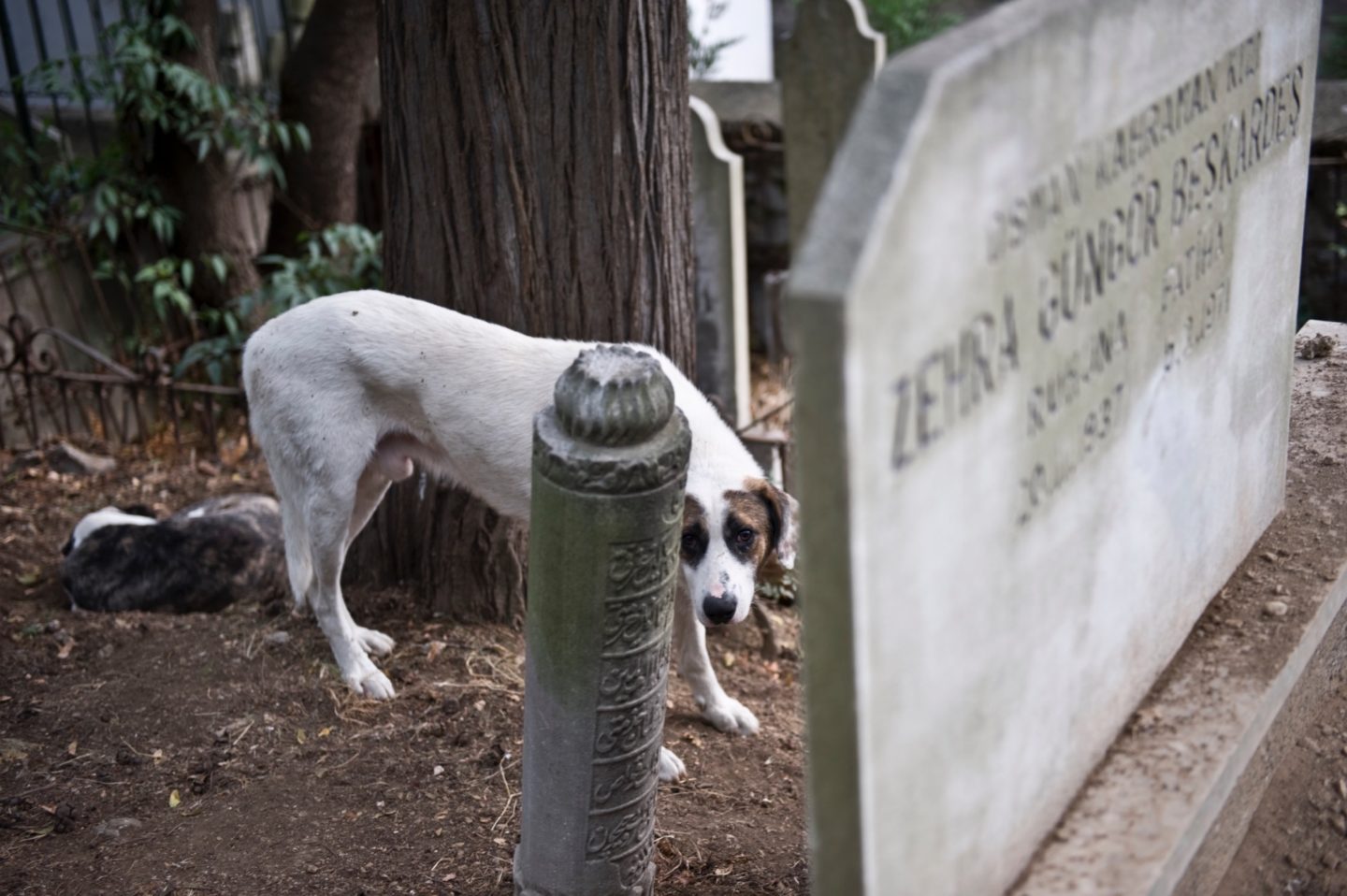 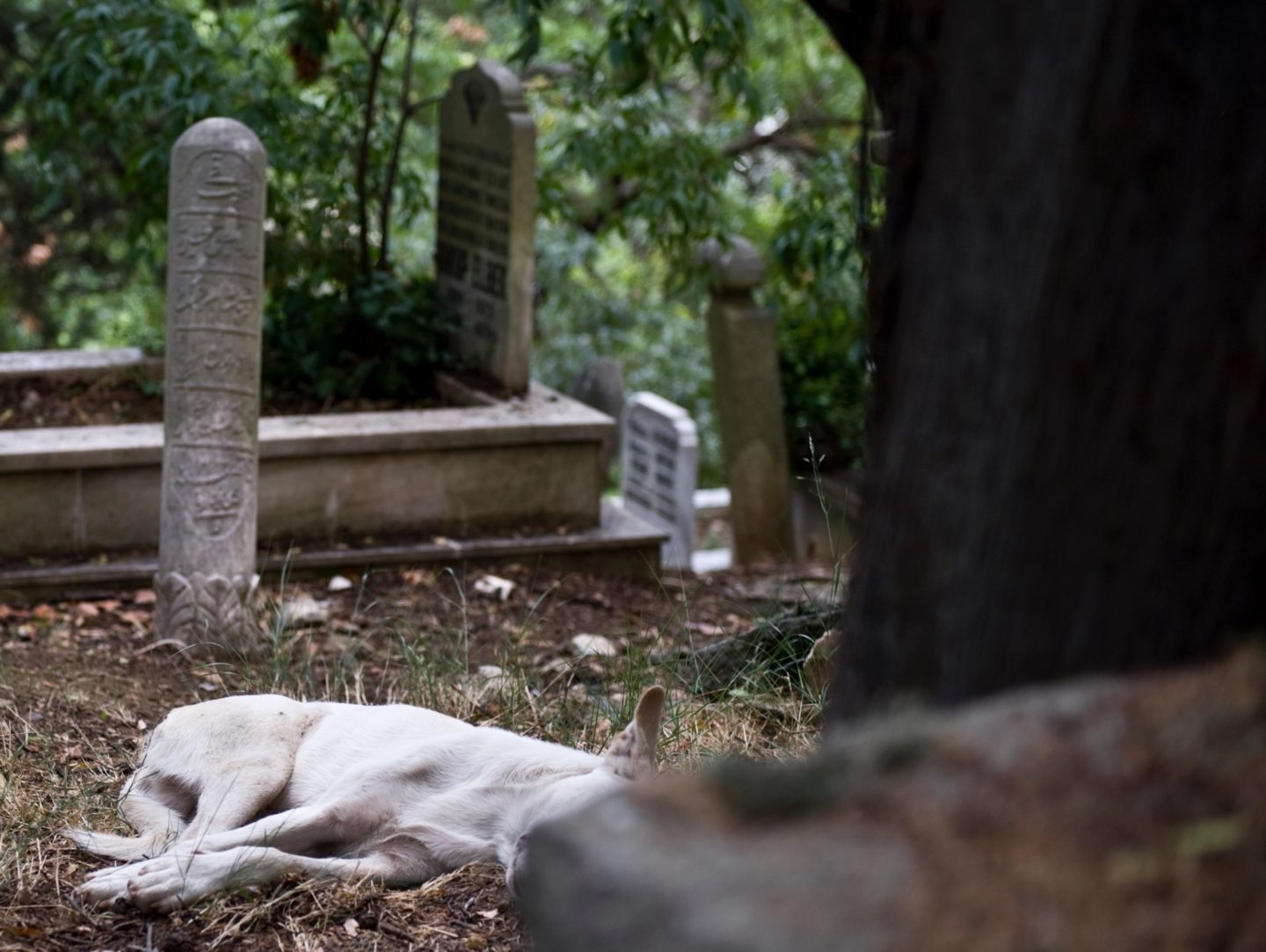 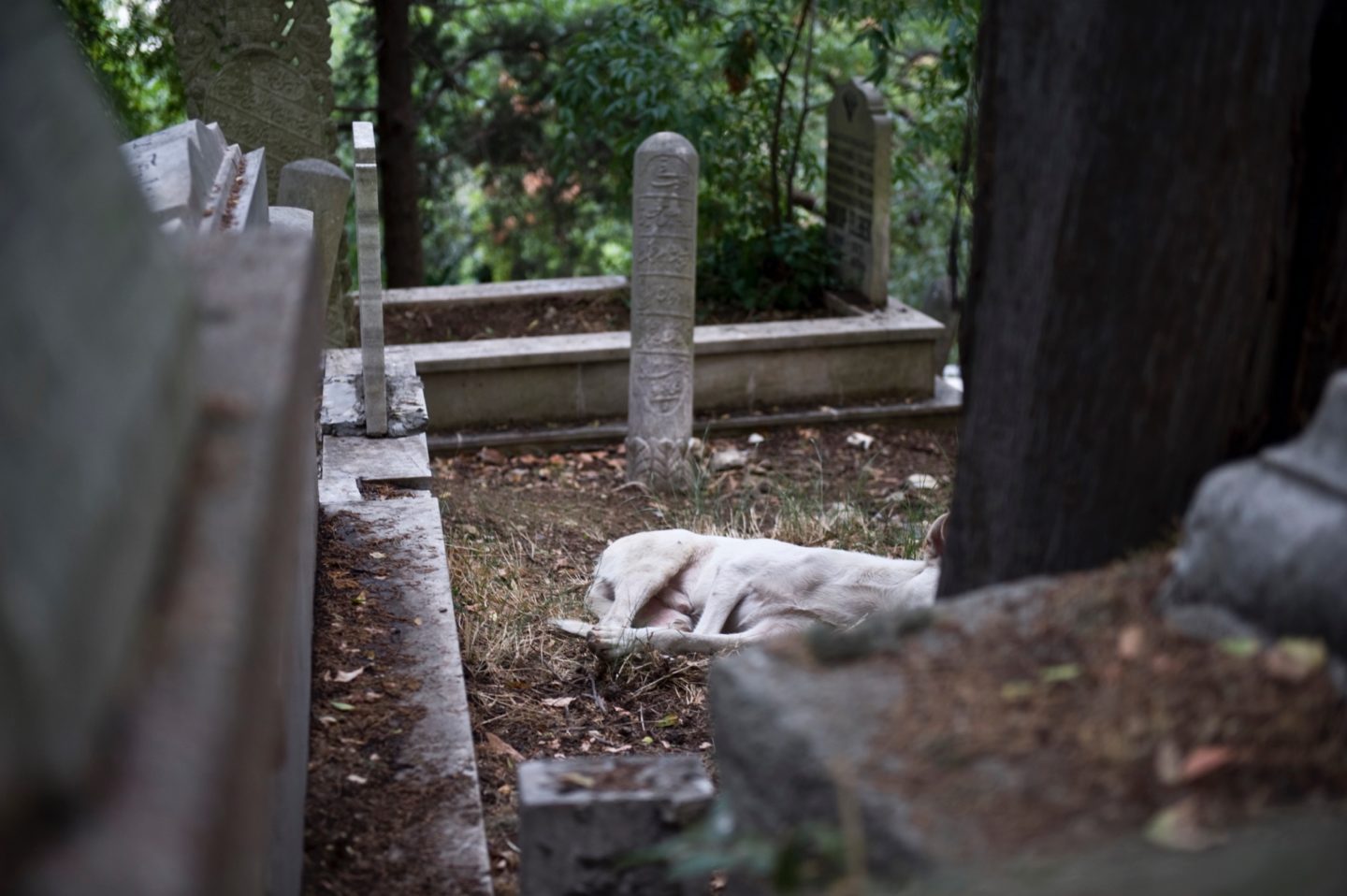 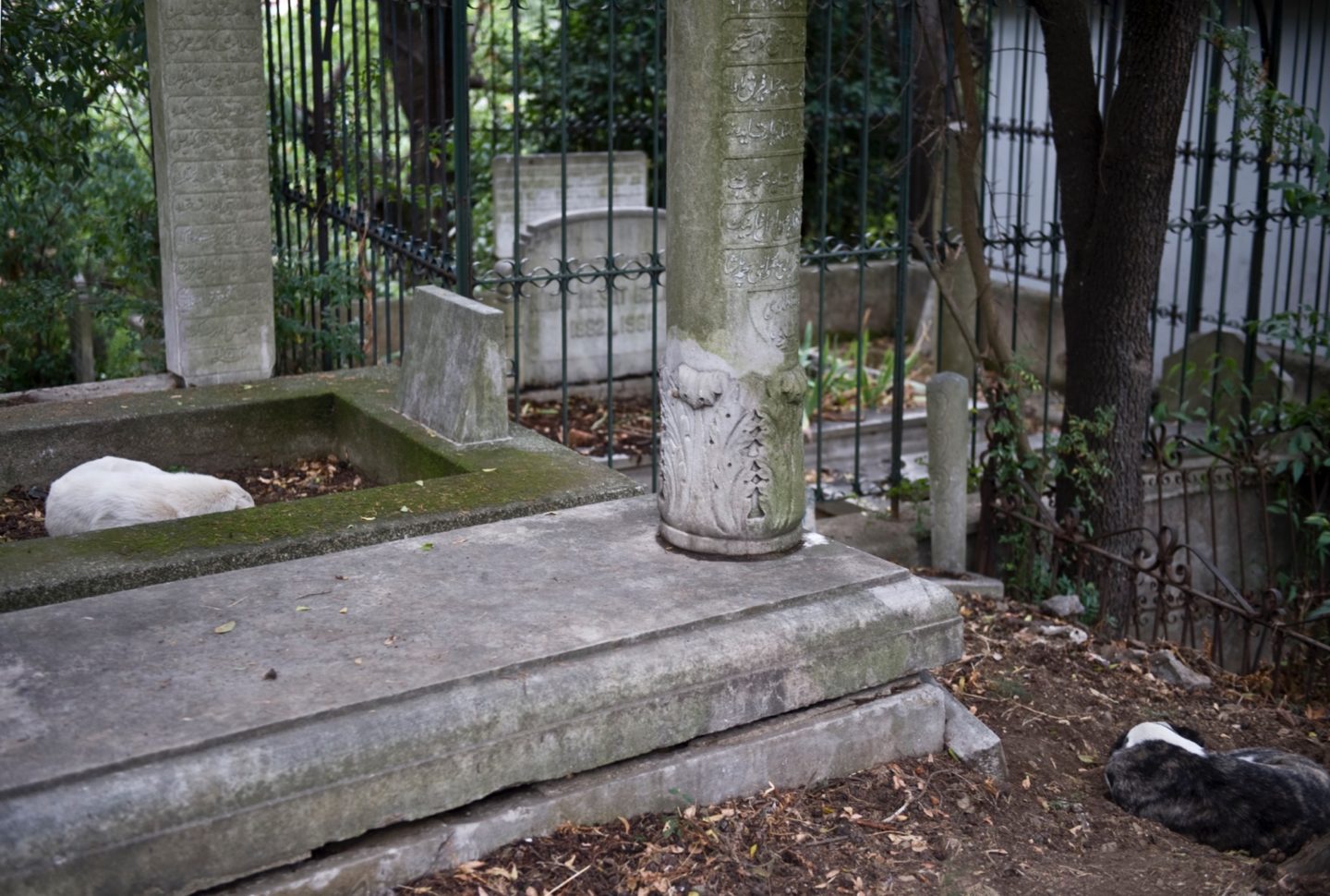 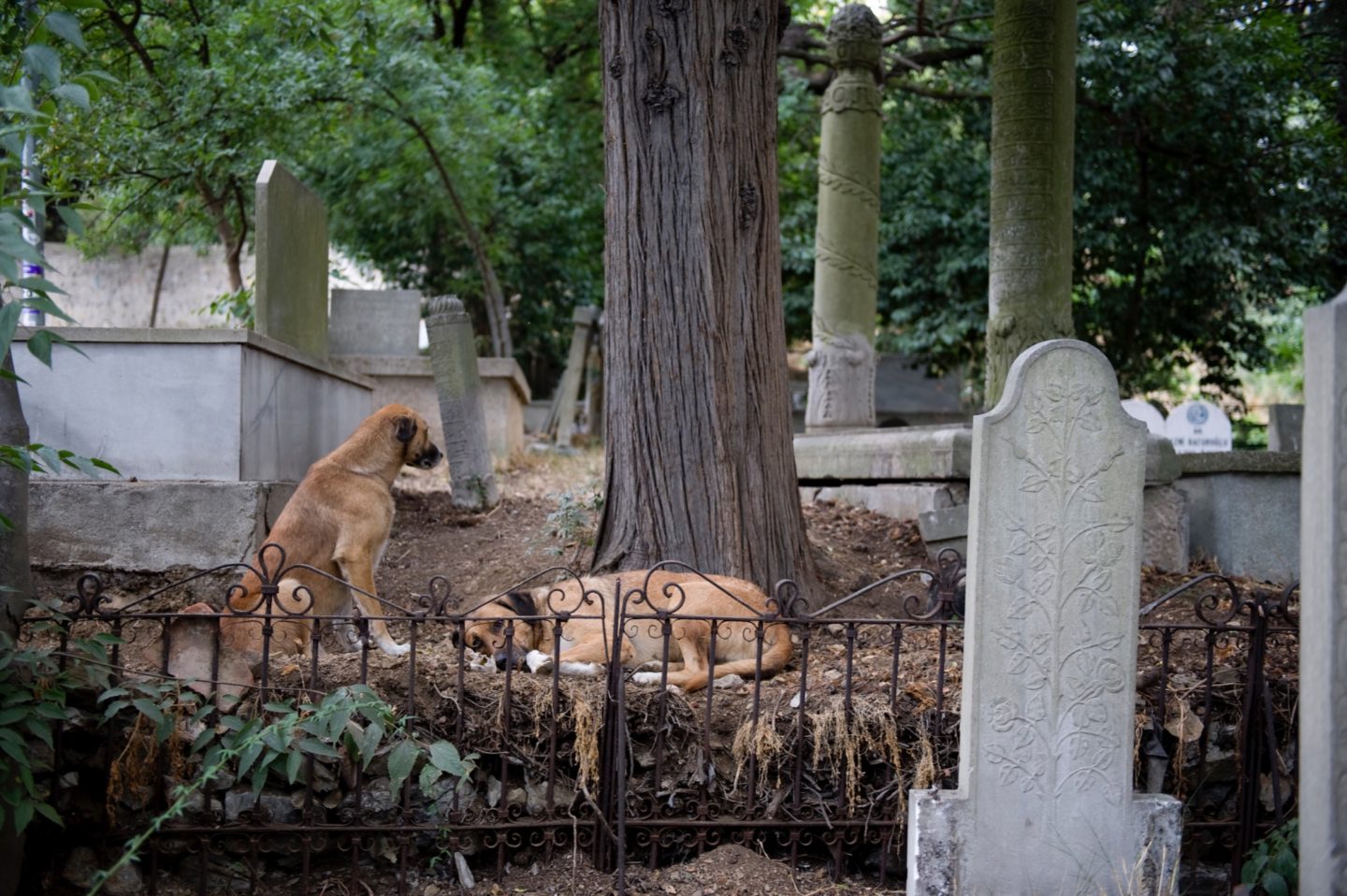 The Dogs of Üsküdar — Joanna Rajkowska