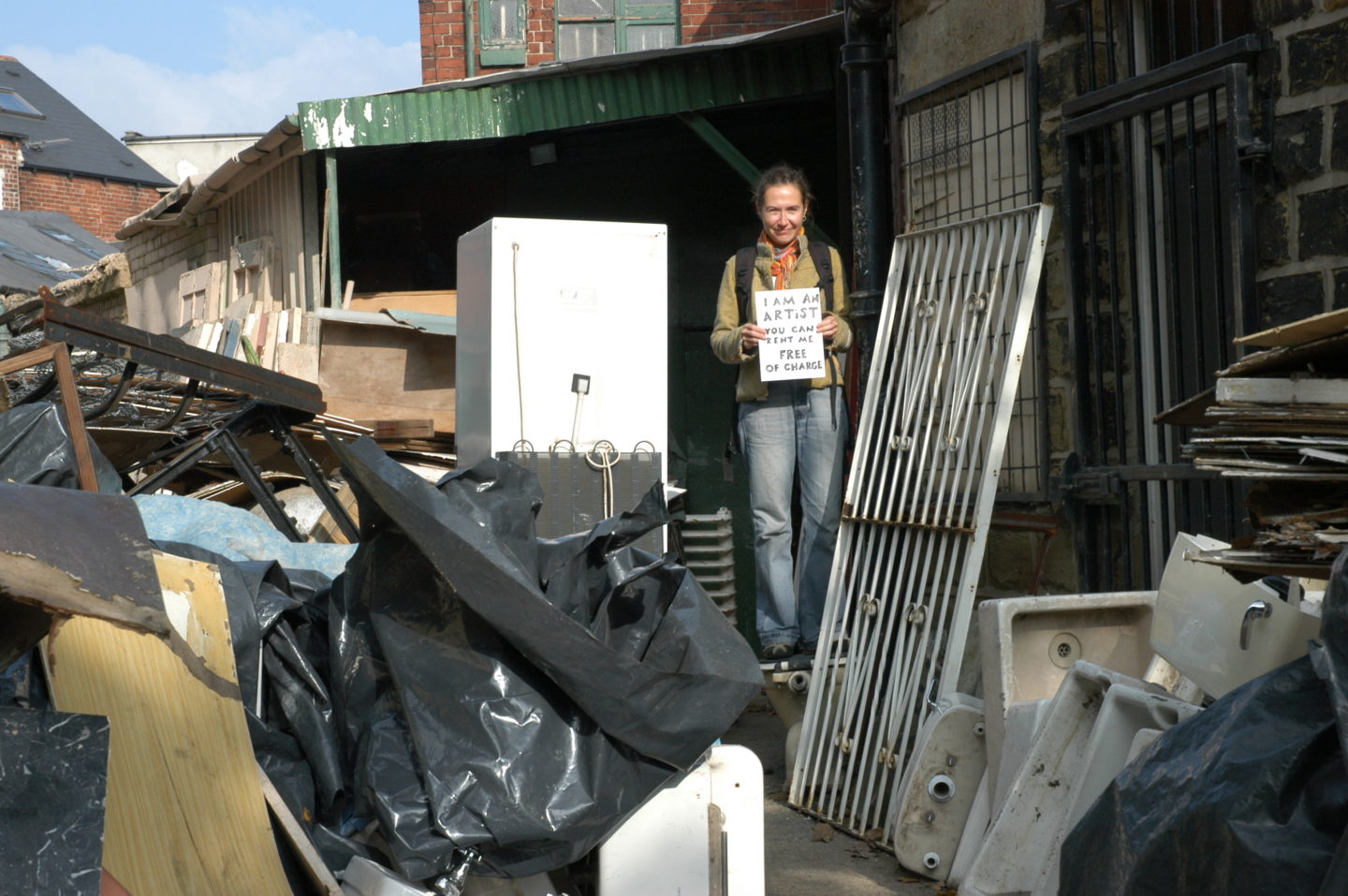 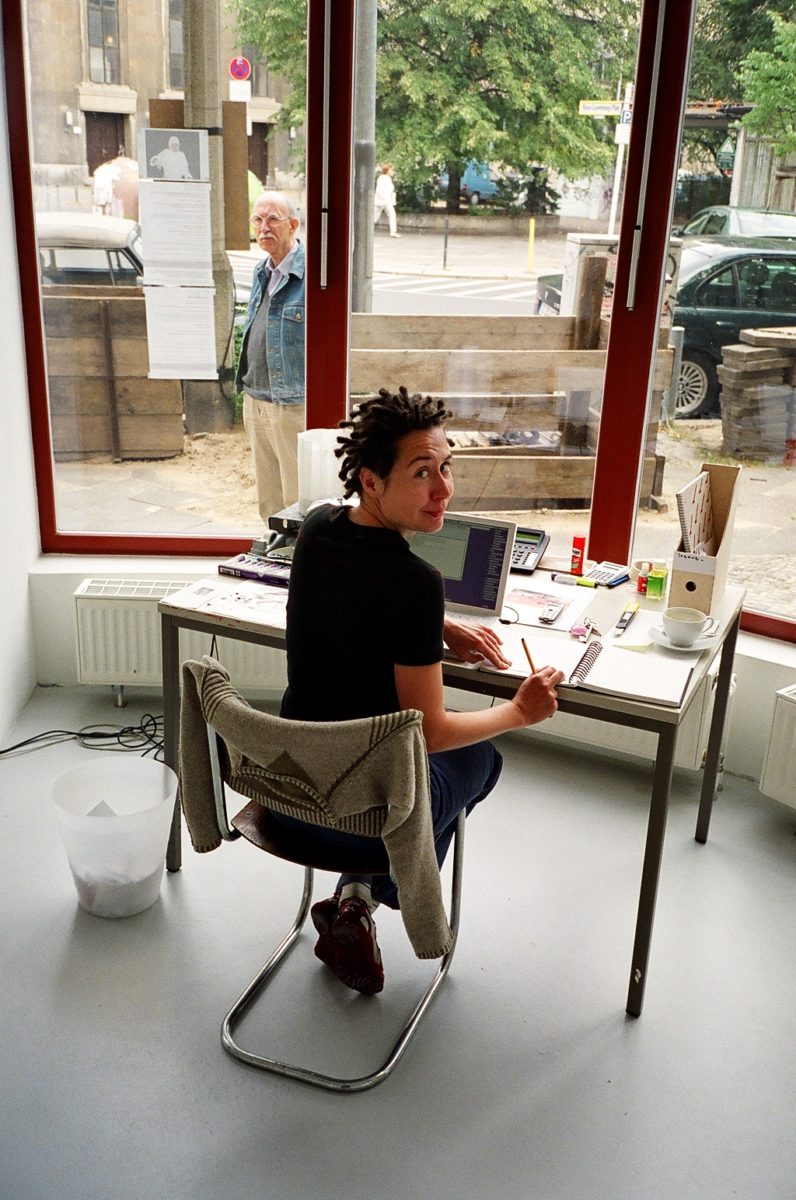 The project came about in answer to a proposal from the Müllerdechiara gallery in Berlin, which invited me to the Let the artist live program in 2003. A year later, while participating in the Łódź Biennale, the second, Polish part of the project was created.
I was an artist for rent, anyone who wanted to, could contact me and ask to perform some task (within reason).
Sex and violence were off-limits. 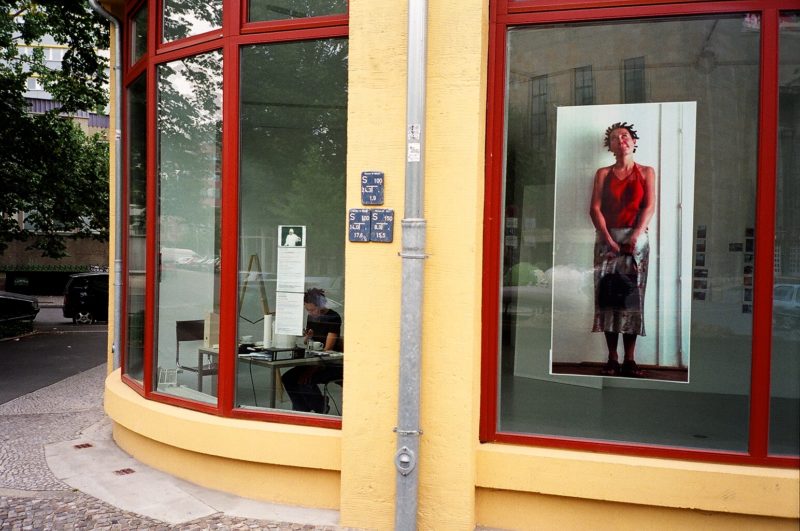 People asked me for different things. I drew political cartoons for an anti-globalist organisation, designed a birthday invitation, decorated a house for a farewell party, supported a blood donation programme, helped at a photo shoot, accompanied a traveler to the airport and reinstalled a door, upside down, to change the bad memories of the bedroom to which it led.
A photographic record of these Twenty-Two Tasks became the basis of a sort of collection of stories about the project, in which the written word is as important as the image.
A show of slides, sort of a silent film was produced, telling the stories of meeting the people who responded to my idea. The narration portrays the tension caused by meeting someone accidental, creating a realm of contact, sometimes misunderstanding. Each of these stories is a small project unto itself, its’ authors are the people who took part in the project. I left the viewer uncertain as to the purpose of these actions; it seems the only reason behind them is spending a couple of hours together in a tense relation that arises between people, and the project merely a pretext for this meeting. 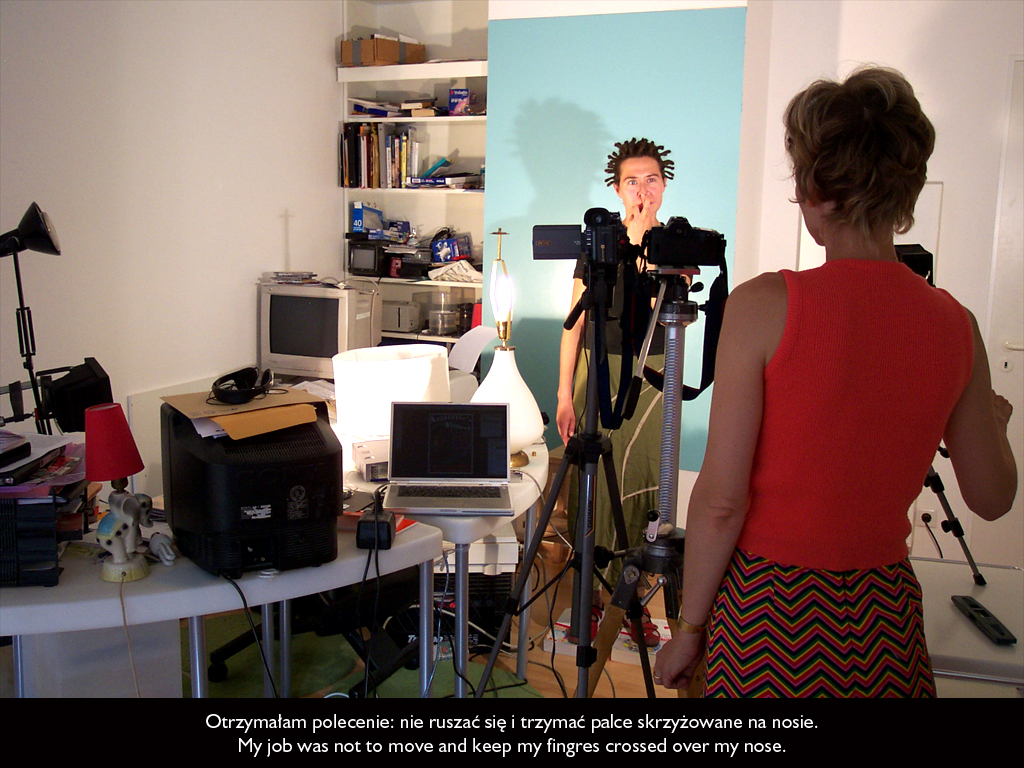 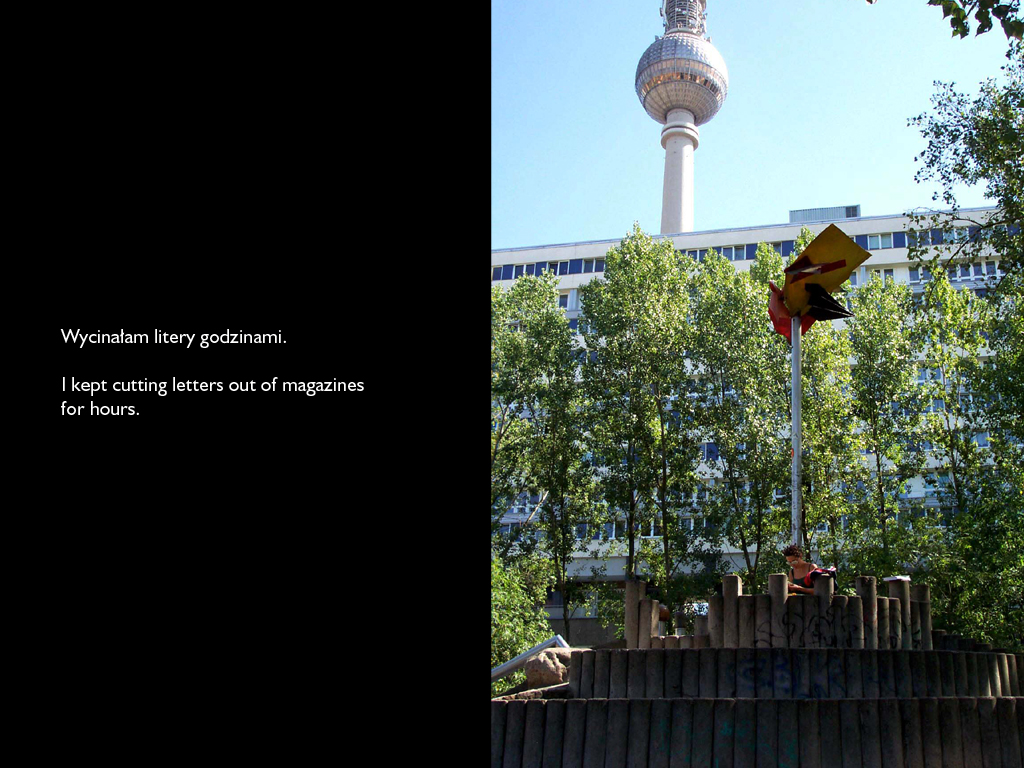 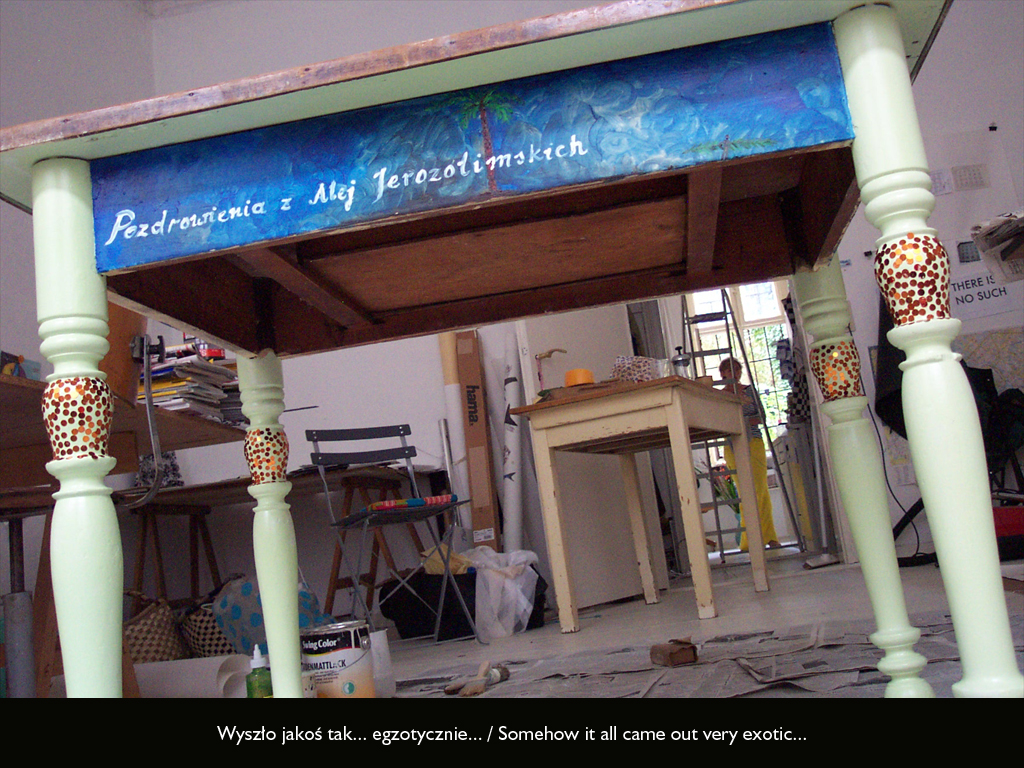 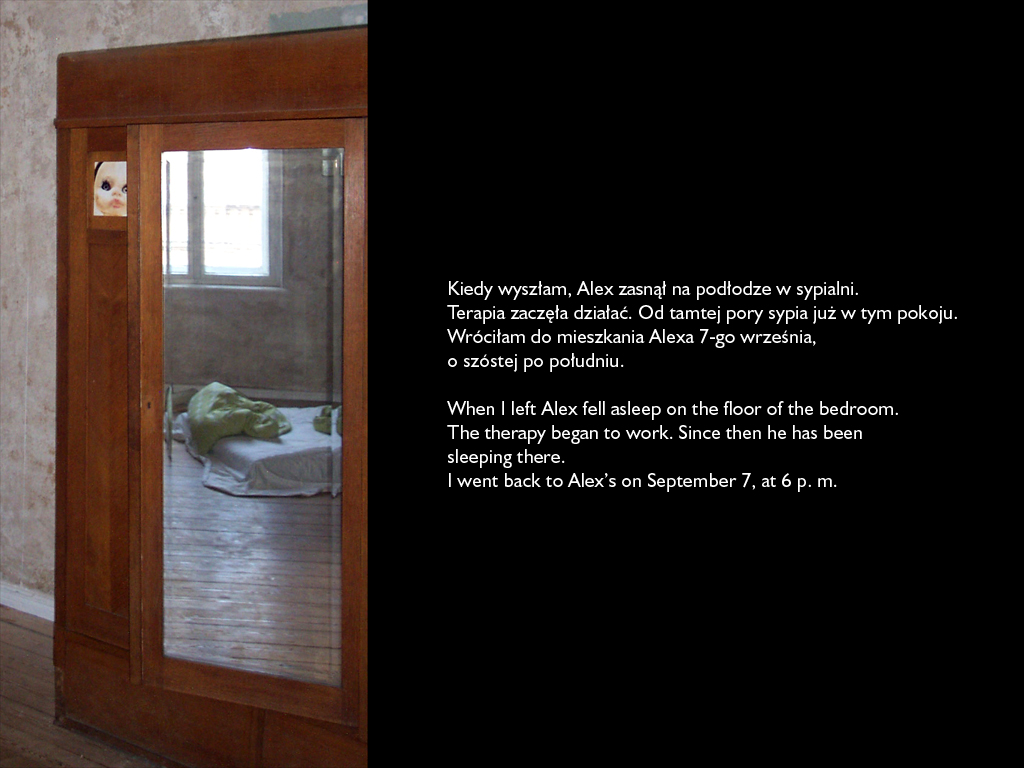 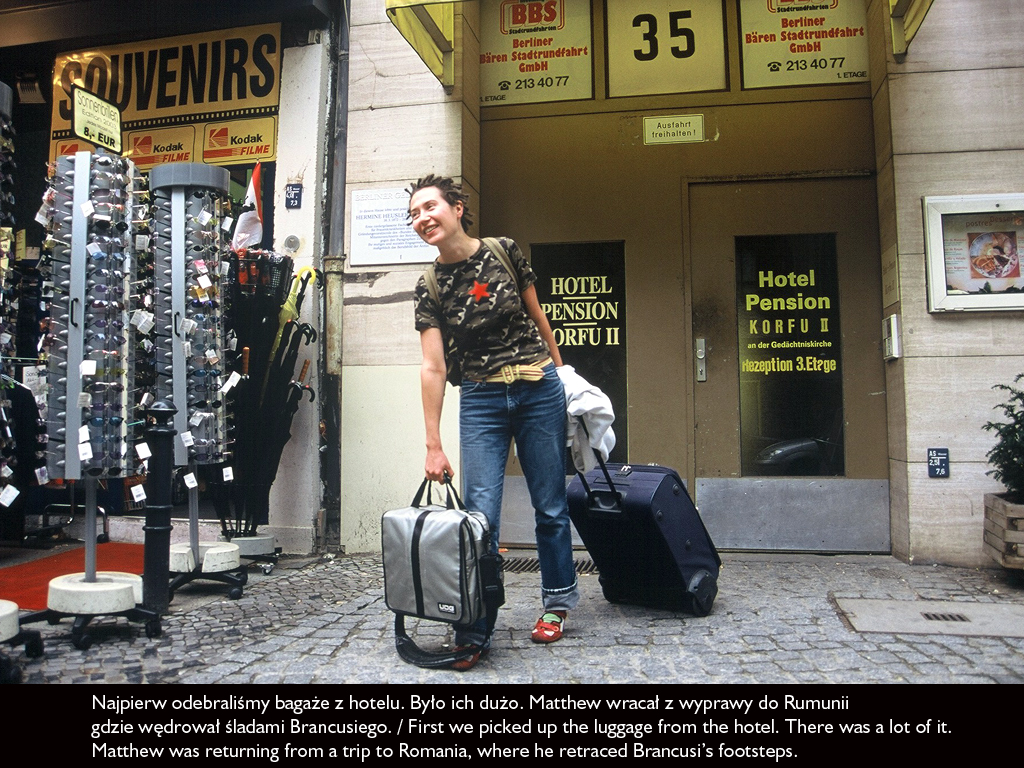 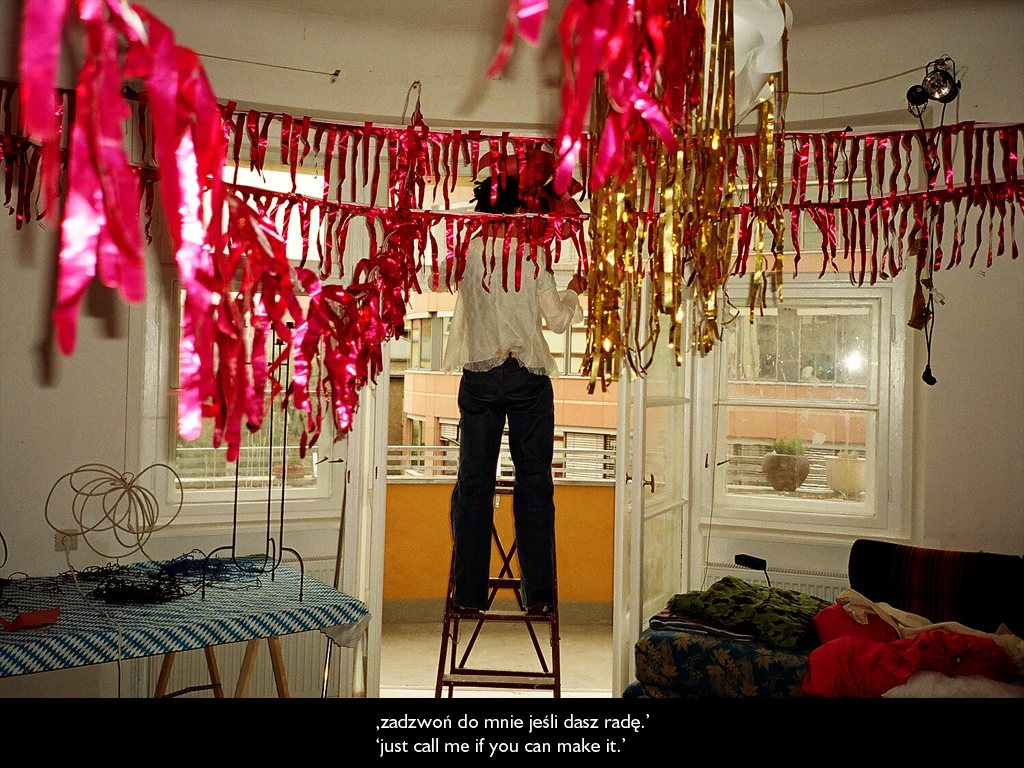 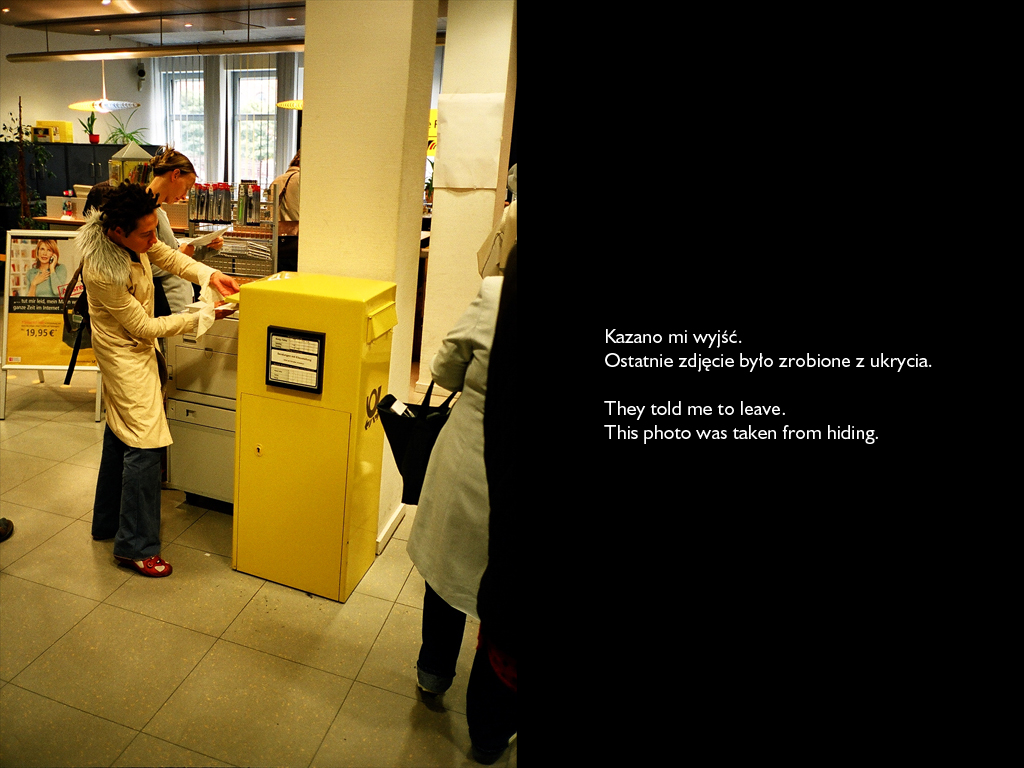 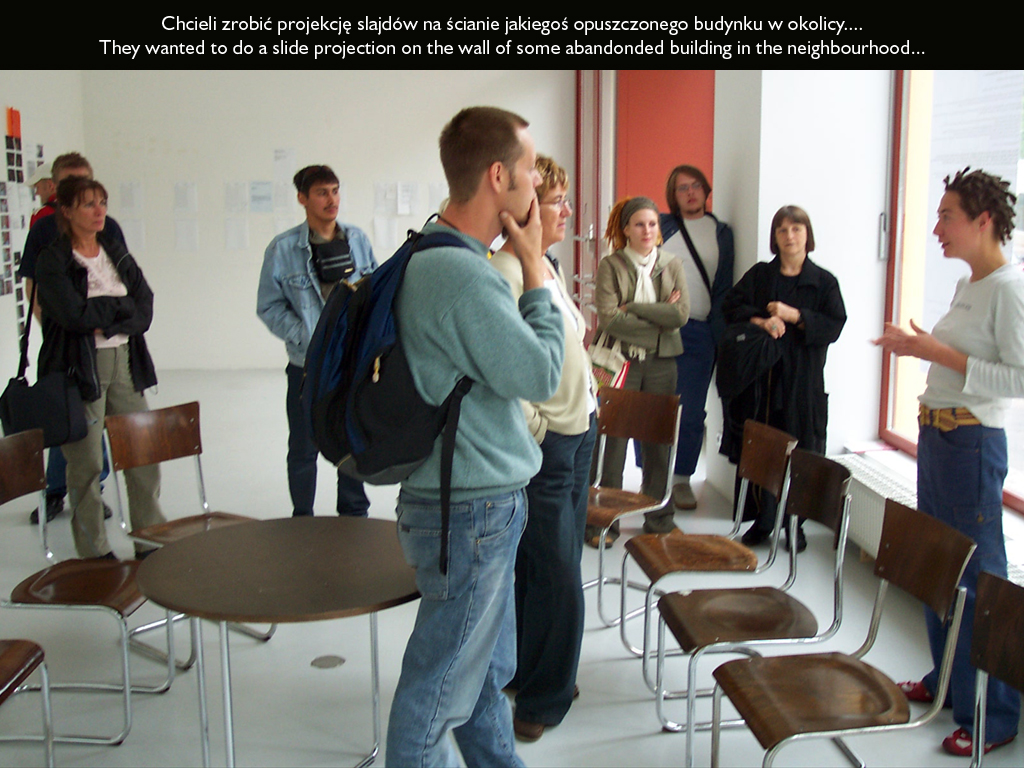 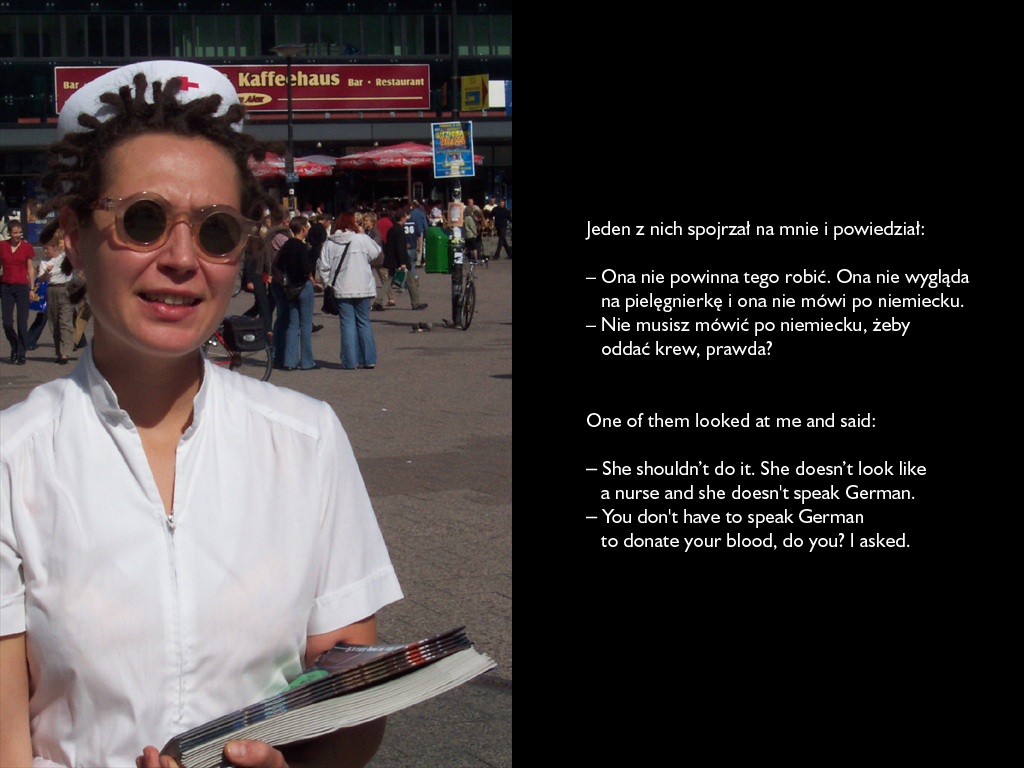 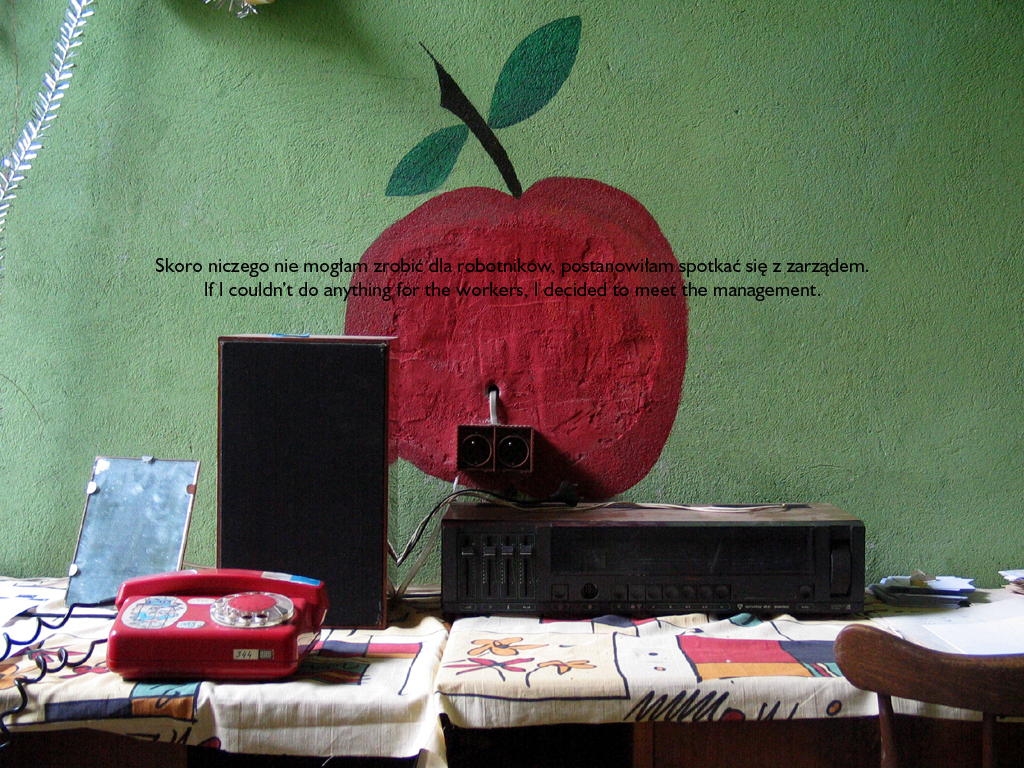 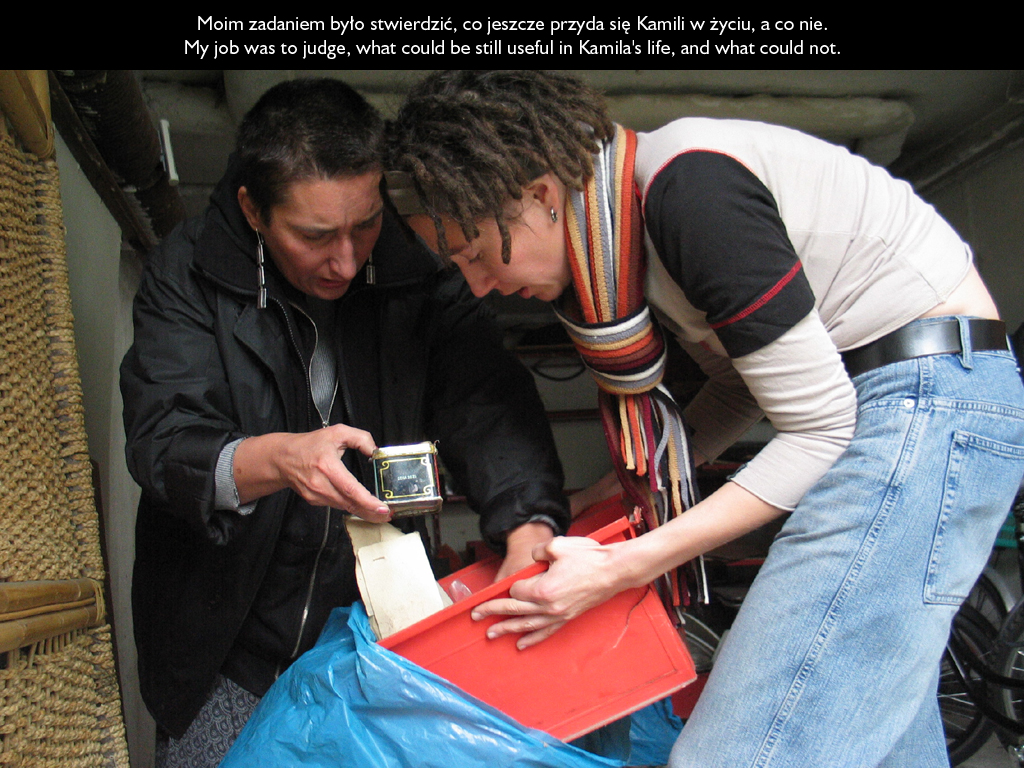 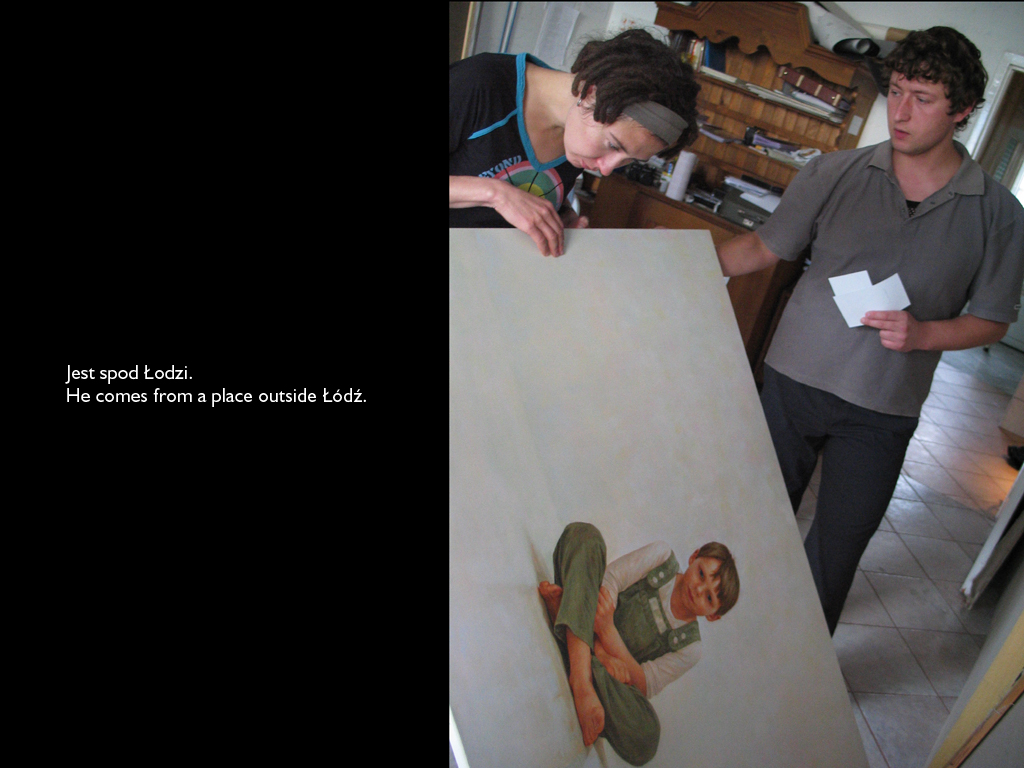 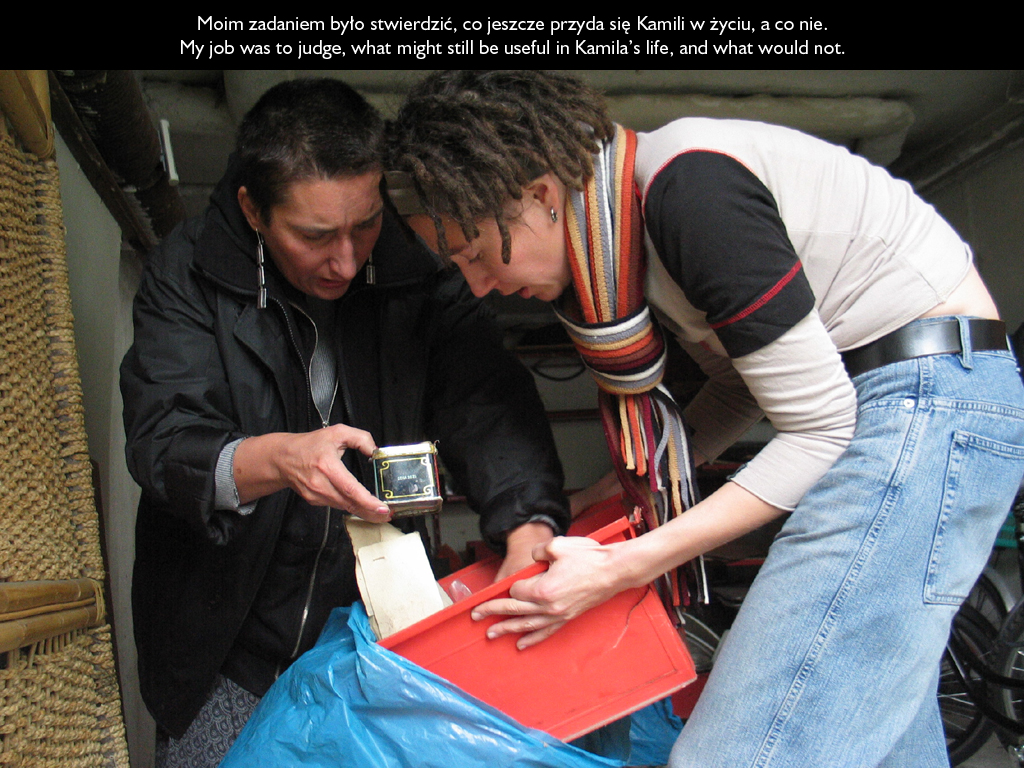 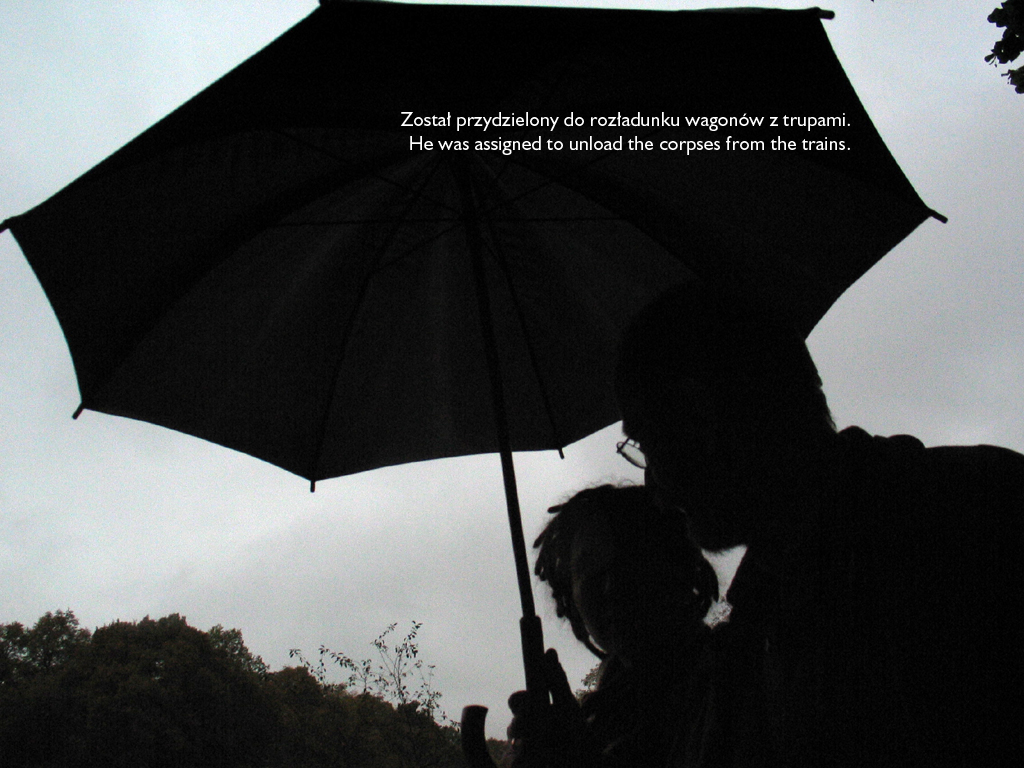 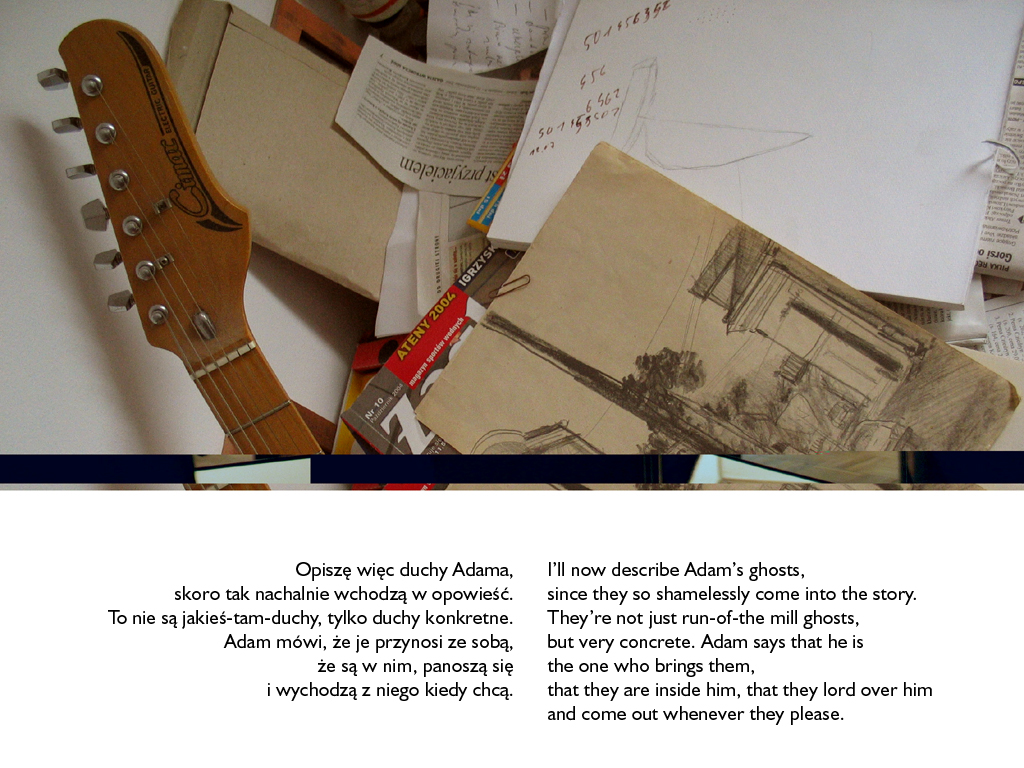 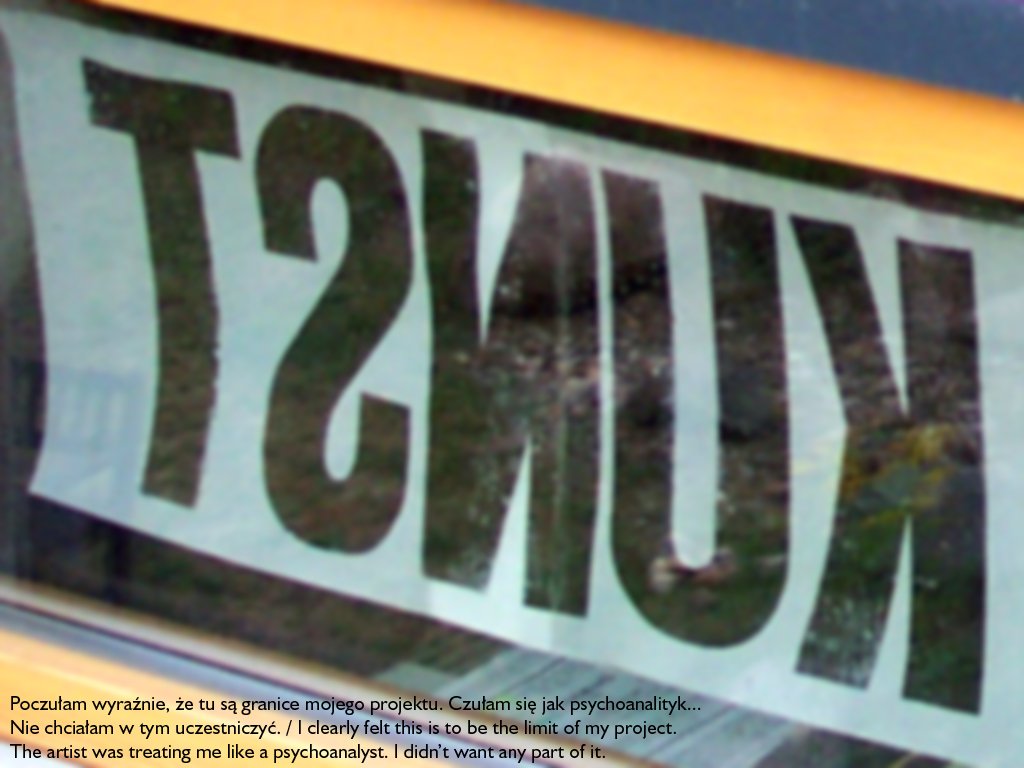 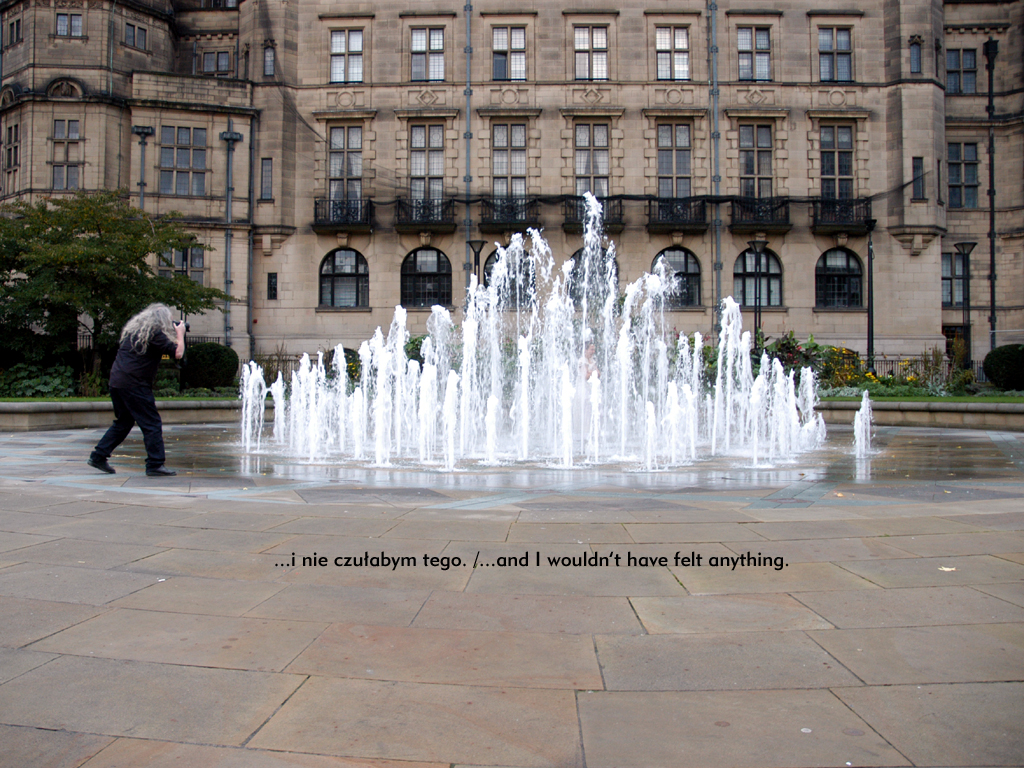