Production and commission: the Royal Society for the Encouragement of Arts, Manufactures and Commerce and Citizen Power Peterborough, in the frame of ”Made in Peterborough” programme
Installation: Wysing Arts Centre, with funding from Arts Council England, the Polish Cultural Institute in London and culture.pl
Curatorial advice: Michaela Crimmin
Production managers: Jocelyn Cunningham, Georgina Chatfield 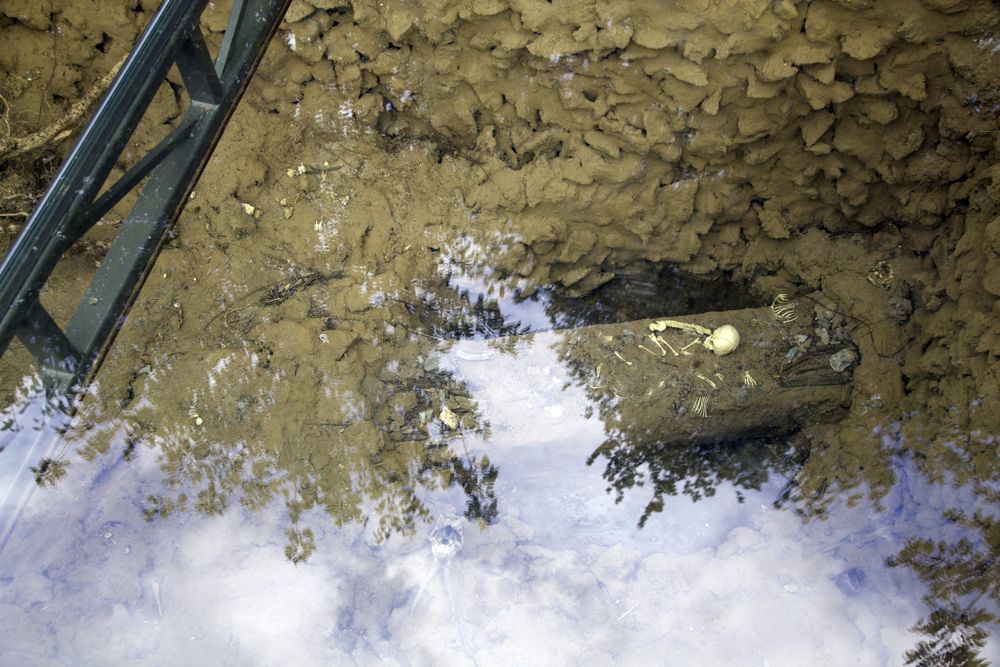 The Peterborough Child was conceived for the Central and North (CAN-Do) area in Peterborough, with its large Asian and Eastern European populations, associated tensions and high levels of deprivation. Since Peterborough is an ancient city with traces of human history reaching back to Neolithic times, the artist’s idea was to create a fake archaeological dig that would become a ‘chakra’ – a point of strong energy generated by local people. Inspired by the oval-shaped Bronze Age burial sites in the region, it was a representation of the grave of a baby girl, in a pit measuring 3m x 2m x 1.5m deep and covered with glass. 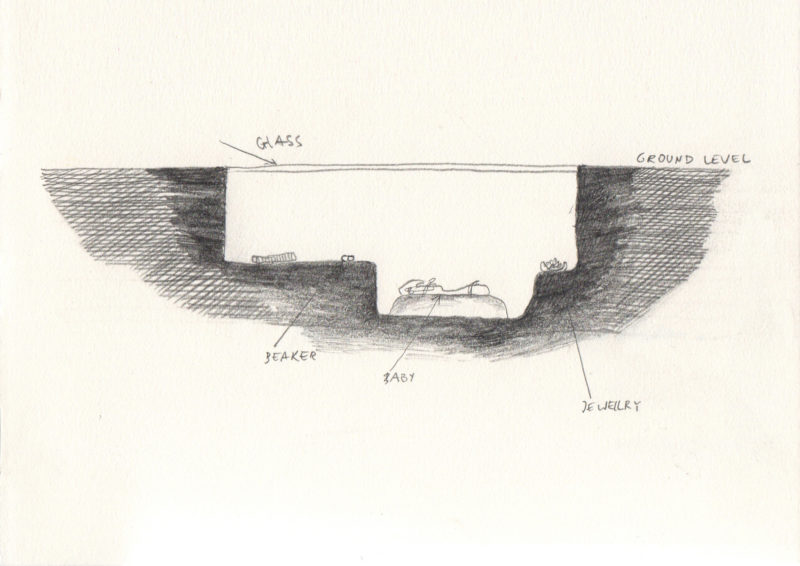 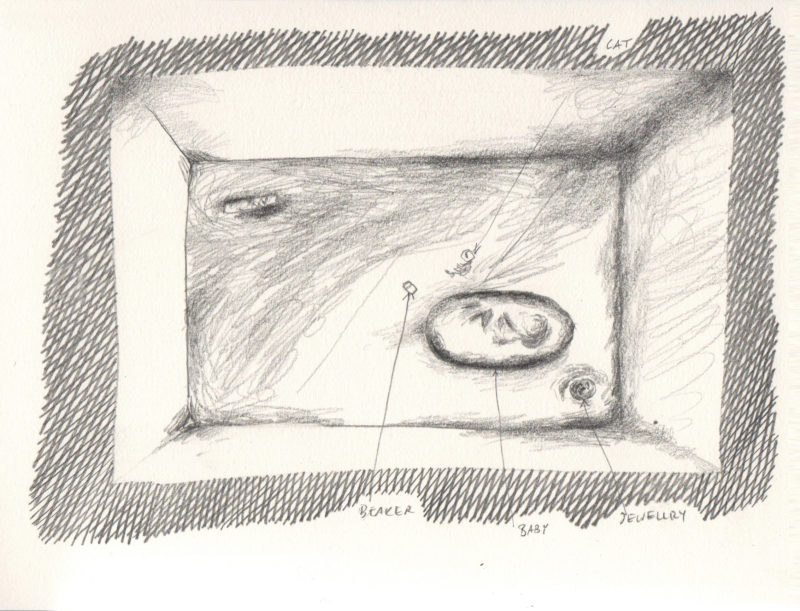 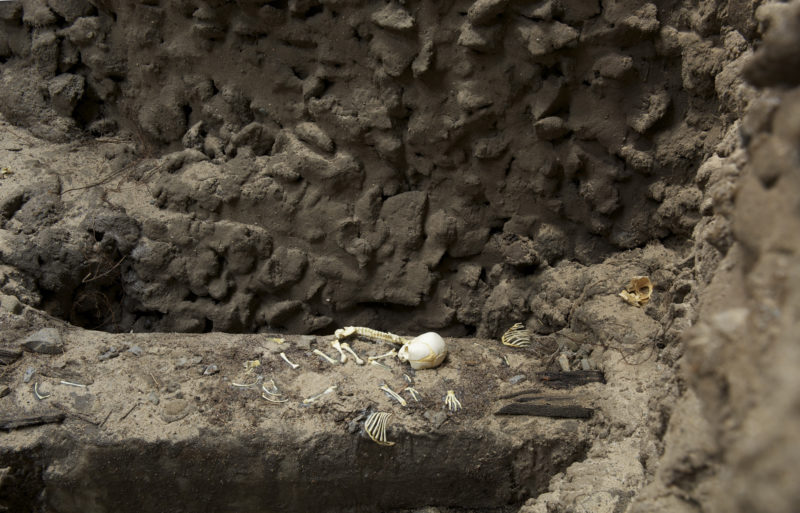 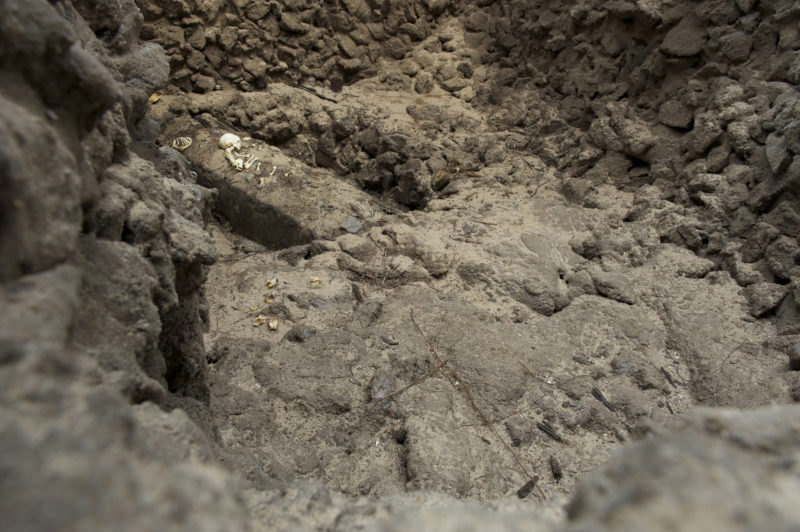 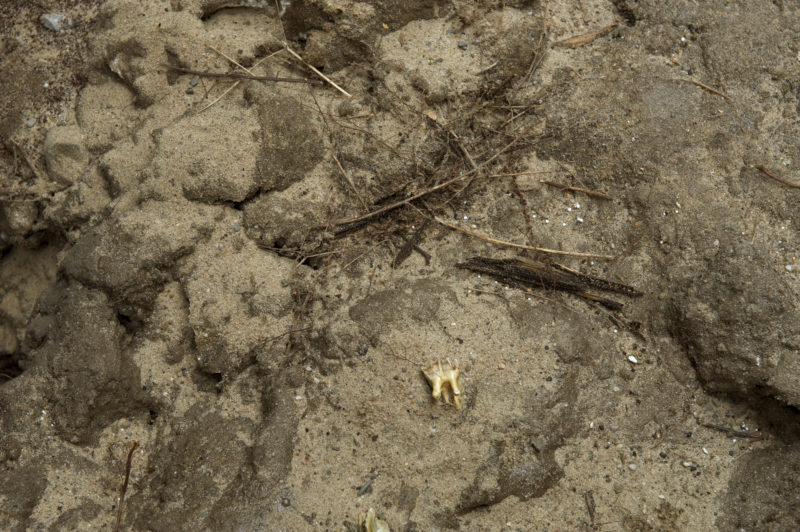 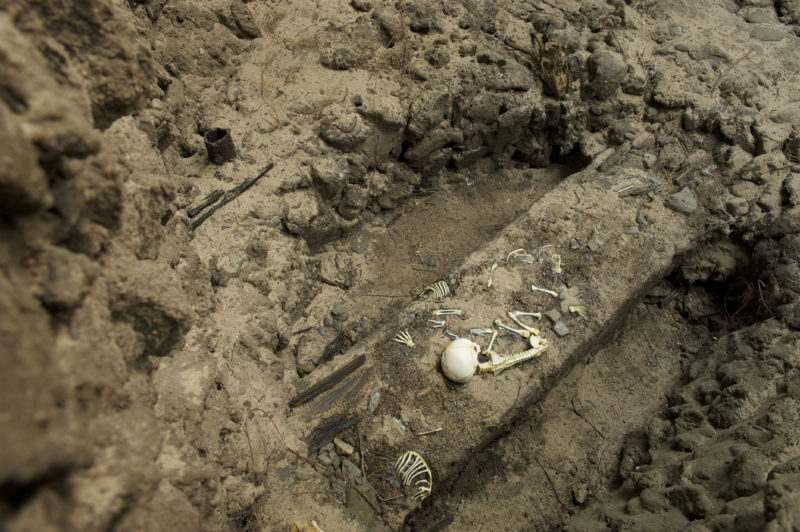 Significant personal objects were to be included in the artwork, donated by local parents who had experienced trauma related to their children. The brass plate next to the pit would explain that the grave was 3,500 years old and that the girl had been believed to have had shamanic powers. The Peterborough Child was produced but not installed at the time of writing, as a city official withdrew the licence after religious objections were raised by some community representatives without having seen the artwork. It transpired that high infant mortality rate and anxiety amongst women about using NHS services are severe problems in the CAN-Do area. Due to the controversies, the Peterborough City Council decided not to proceed with the project.

Having spent almost 3 years in the Peterborough City Council storage the project was installed in the Wysing Arts Centre in the UK in 2015, where it became a part of a collection of outdoor sculptures. http://www.wysingartscentre.org/about/outdoor_sculptures 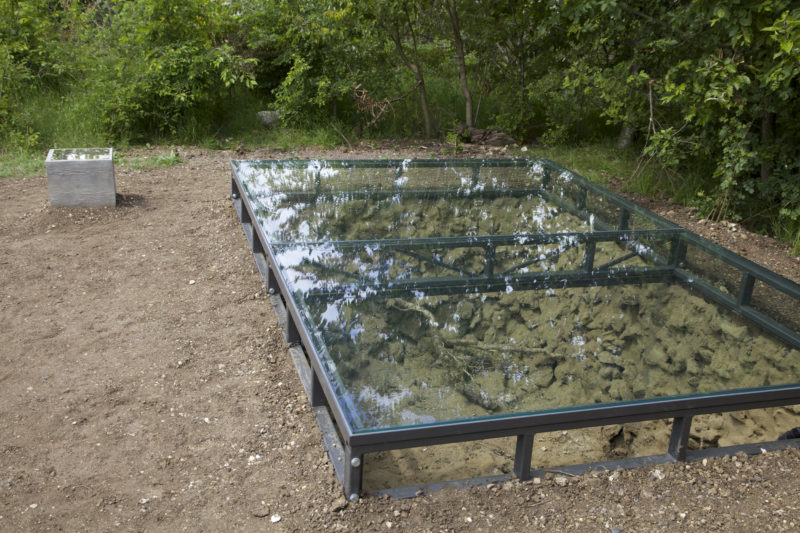 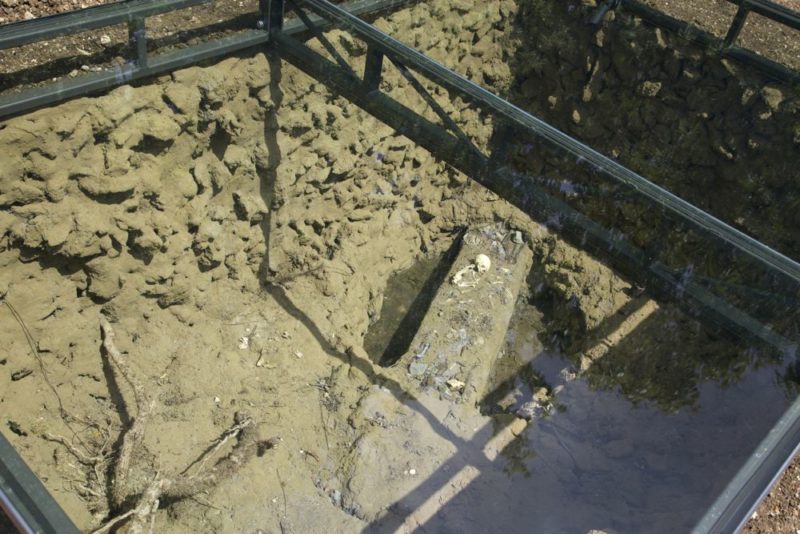 According to David Crowley writing about the case of The Peterborough Child in Frieze magazine, „Rajkowska has an intuitive knack for public art proposals that attract both deep enthusiasm and splenetic opposition. In fact, her schemes are far less important as modes of representation than for their capacity to spawn what Bruno Latour would call acts of representation by others. Commisionning bodies – which espouse an inclusive rhetoric about cultural dialogue or social participation – turn out to be paralyzed by a fear of unpredictable exchanges. And often, it seems, the final desicion about whether or not to make a work of public art does not rest with the agencies supposedly charged with this role.”