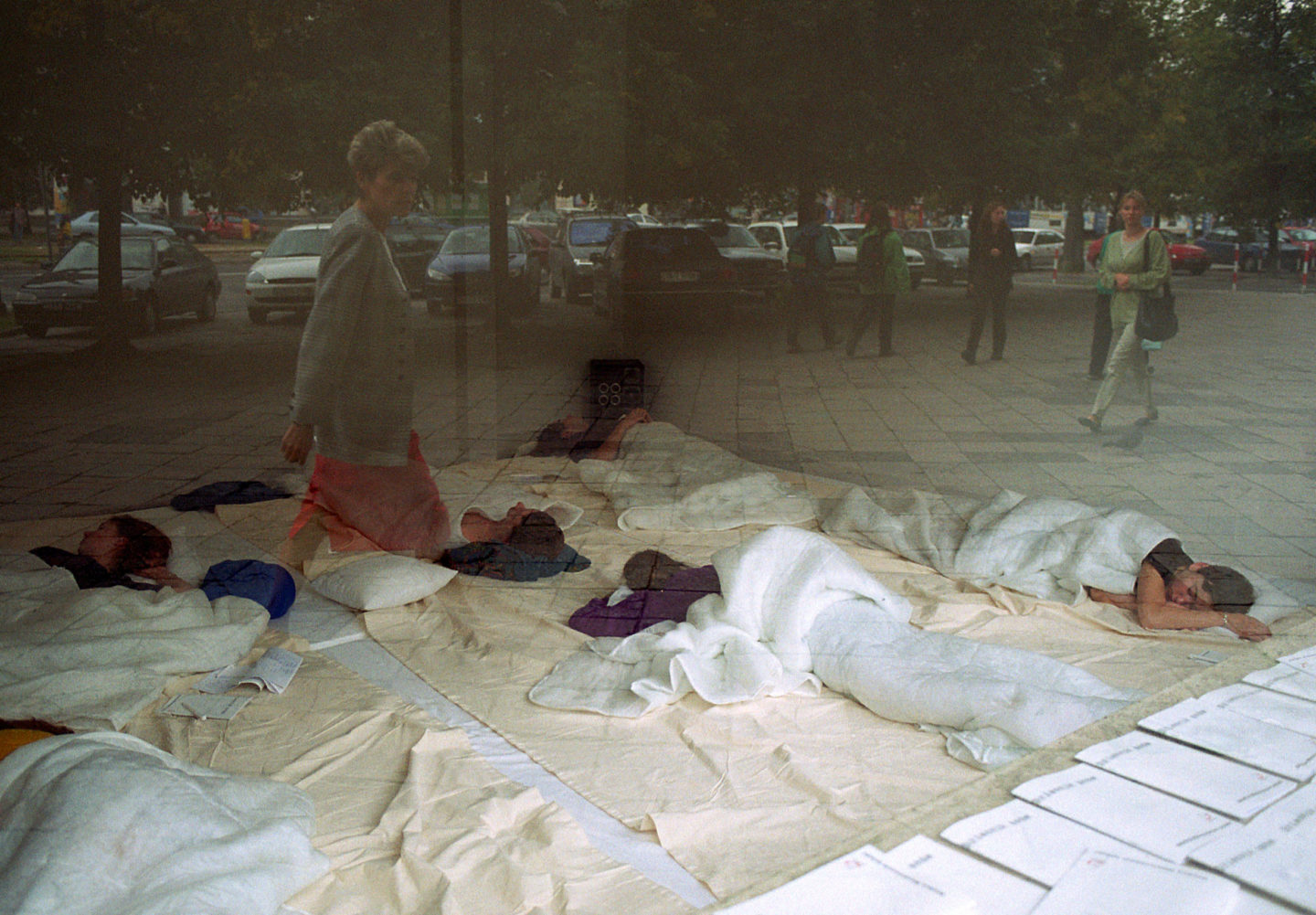 Between September 3rd and September 8th, 2001, gallery XXI in Warsaw became a place of sleep. Around 250 people gathered there, all wanting to fall asleep in the middle of the day in a public place. Waiting for them were two giant mattresses, seven by four meters, covered in linen, with light blankets and pillows. The mattresses were placed symmetrically on either side of the gallery entrance. An average of fourty people a day slept on them, between eleven in the morning and four in the afternoon, when they were awoken by music (delicate chill-out), written especially for the occasion. Afterwards, they had an hour to really wake up and write down what they had dreamed, if anything. They wrote in small notebooks that had been given out. This is how the (never published) catalogue – a written Diary of Dreams – came to be. Participants were asked for a minimum of talking, for being together, for sleeping.

People walking down the street which the gallery is on, could, through two giant display windows that form the wall of the gallery, view those inside who were sleeping. They could not enter the gallery, however. There were no television cameras or ‘live’ transmissions. Decceleration of experience was stressed, the sleeping people and their peace were more important than transmission of their sleep/dream.

Diary of Dreams was an attempt to build closeness between people, who do not know one another. This intimacy was to arise through simply lying beside one another, sleeping, not through conscious communication. It was also the answer to a situation where the family has a monopoly on intimacy – a monopoly that leads to isolating people without families, to a lack of communication. Dividing people into friend (relations of blood or sexuallity) and foe, means that we forget that firstly we are only a separate body, which demands intimacy with other bodies.

“As for sleeping – people know that to sleep with someone is to build closeness with them; having sex and sleeping with someone are after all different things. I’m not after contact, I’m after intimacy, closeness.” 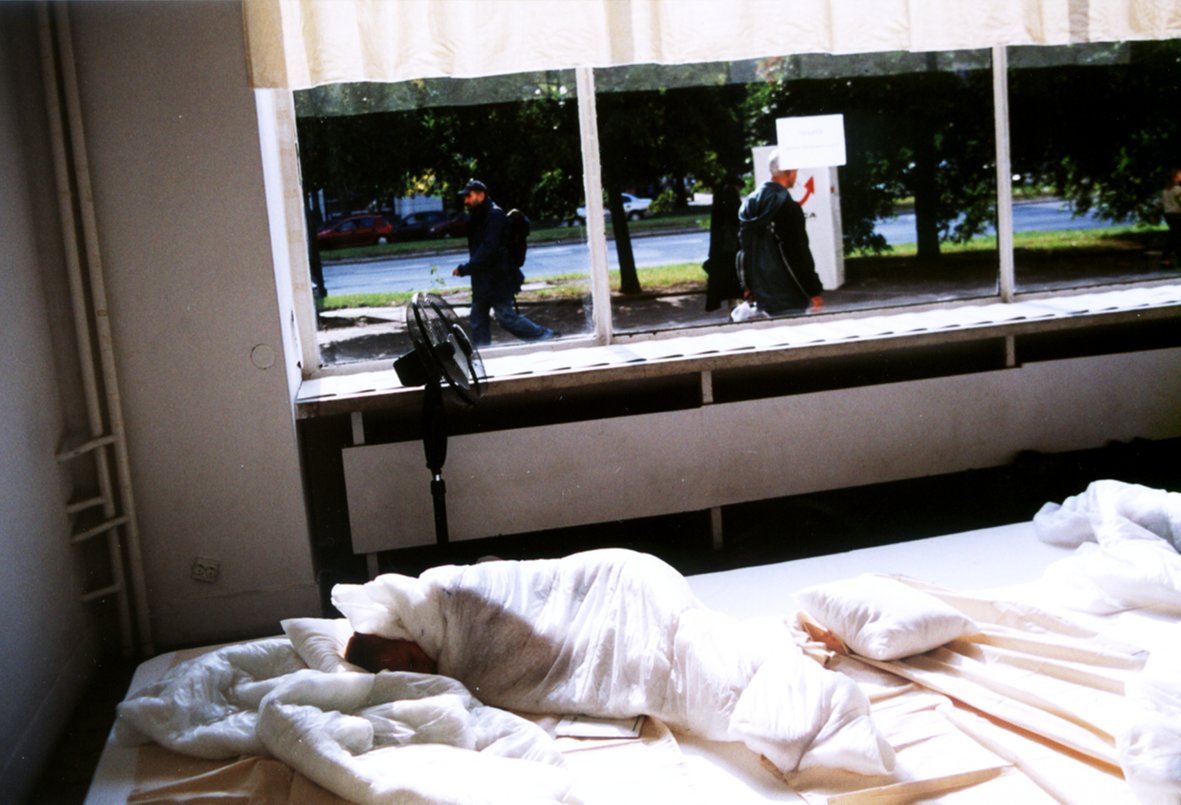 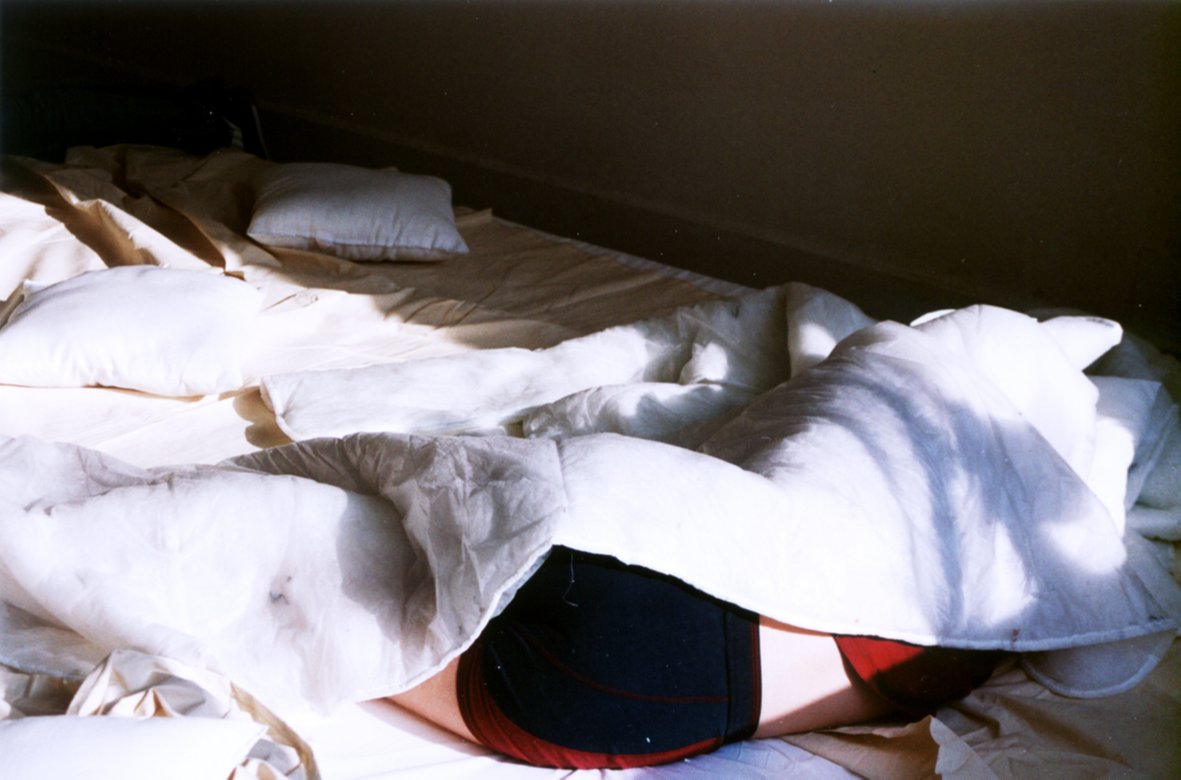 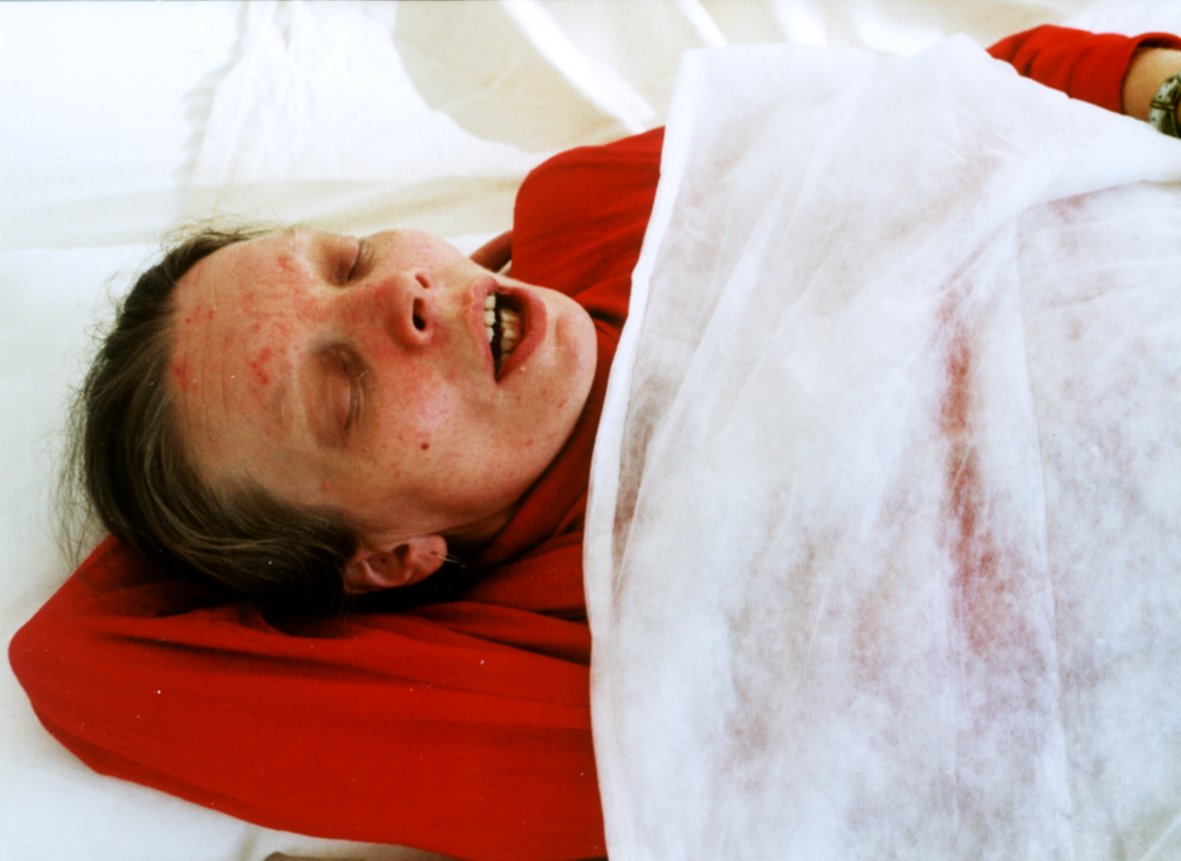 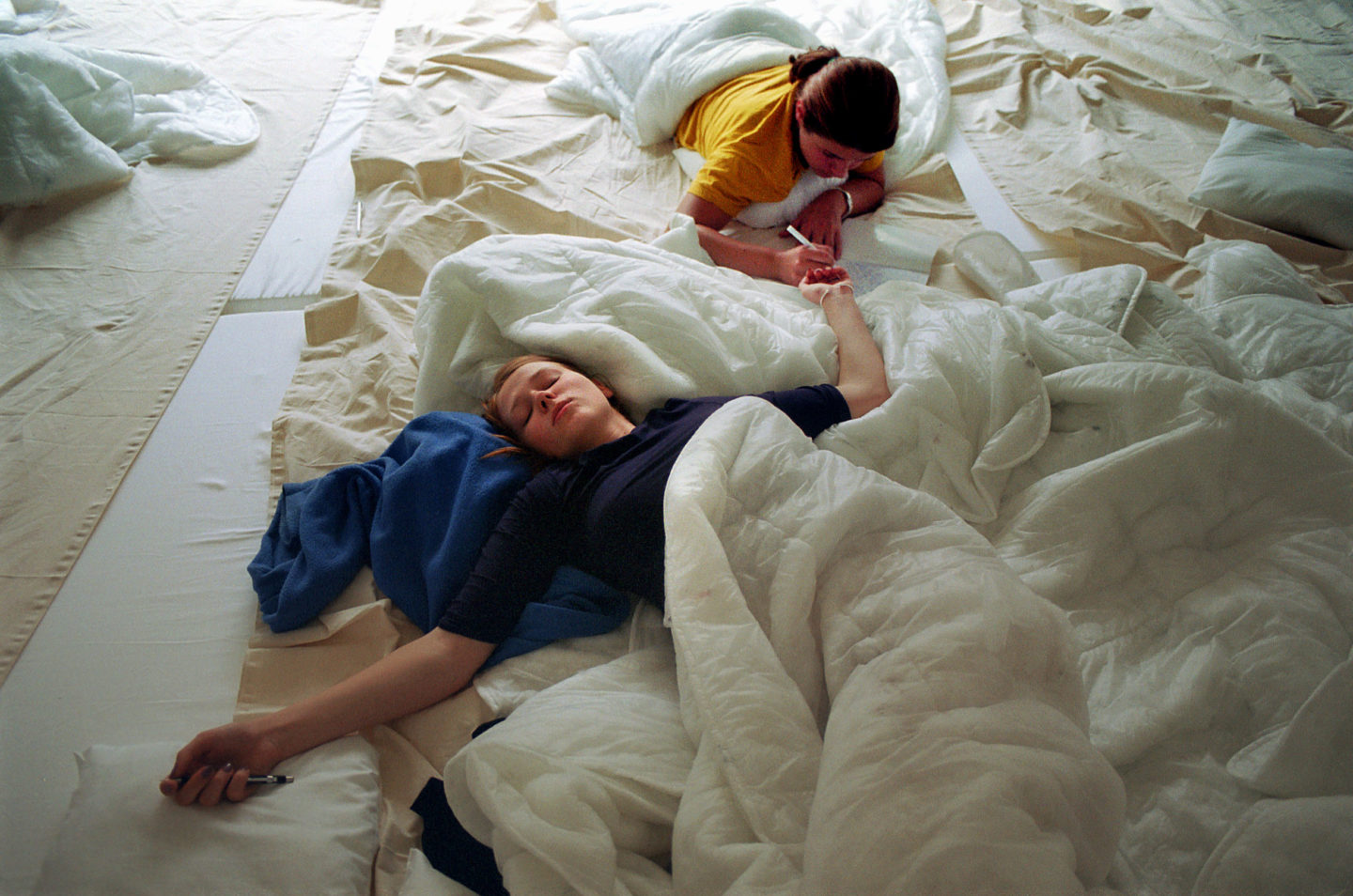 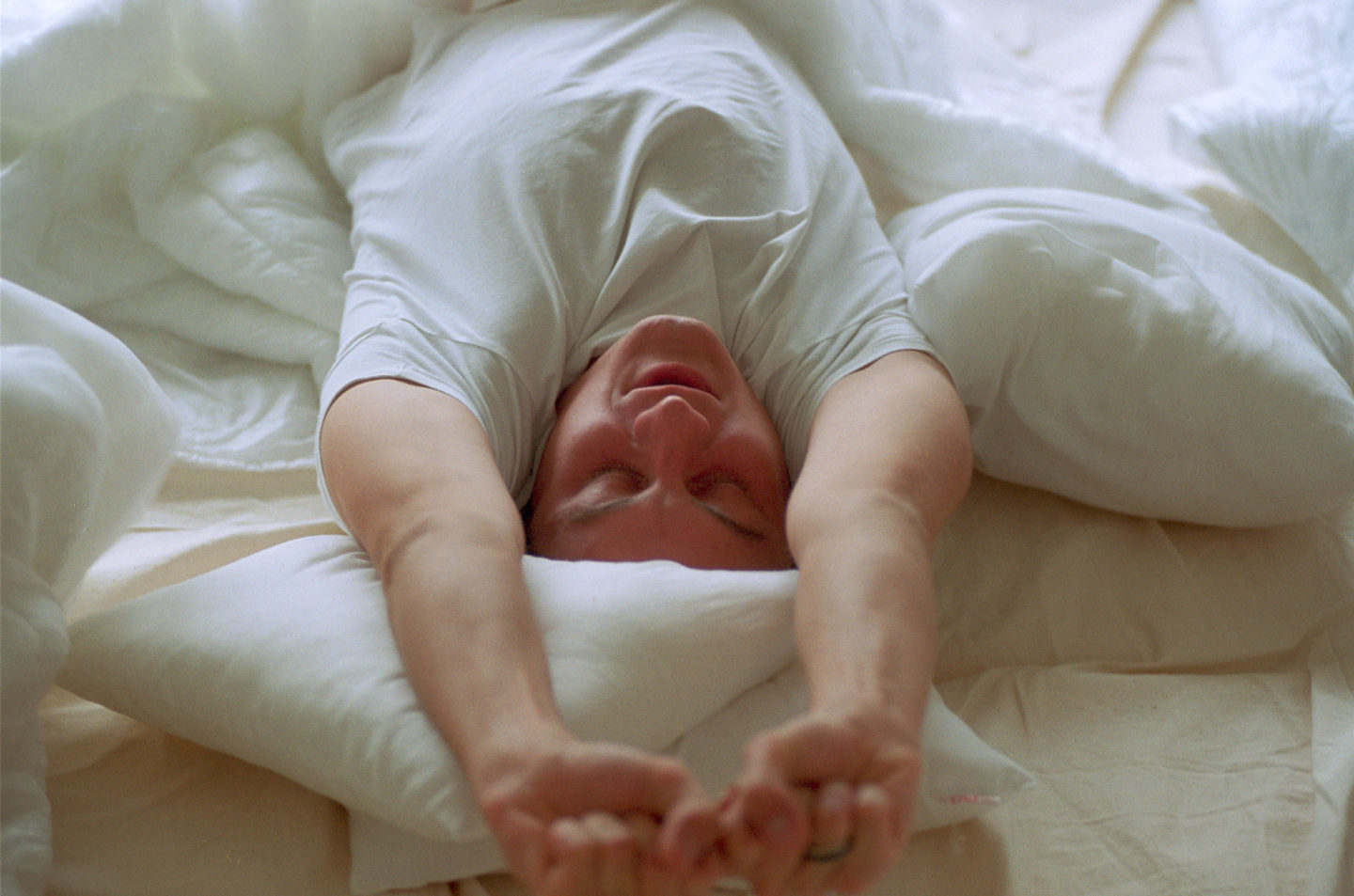 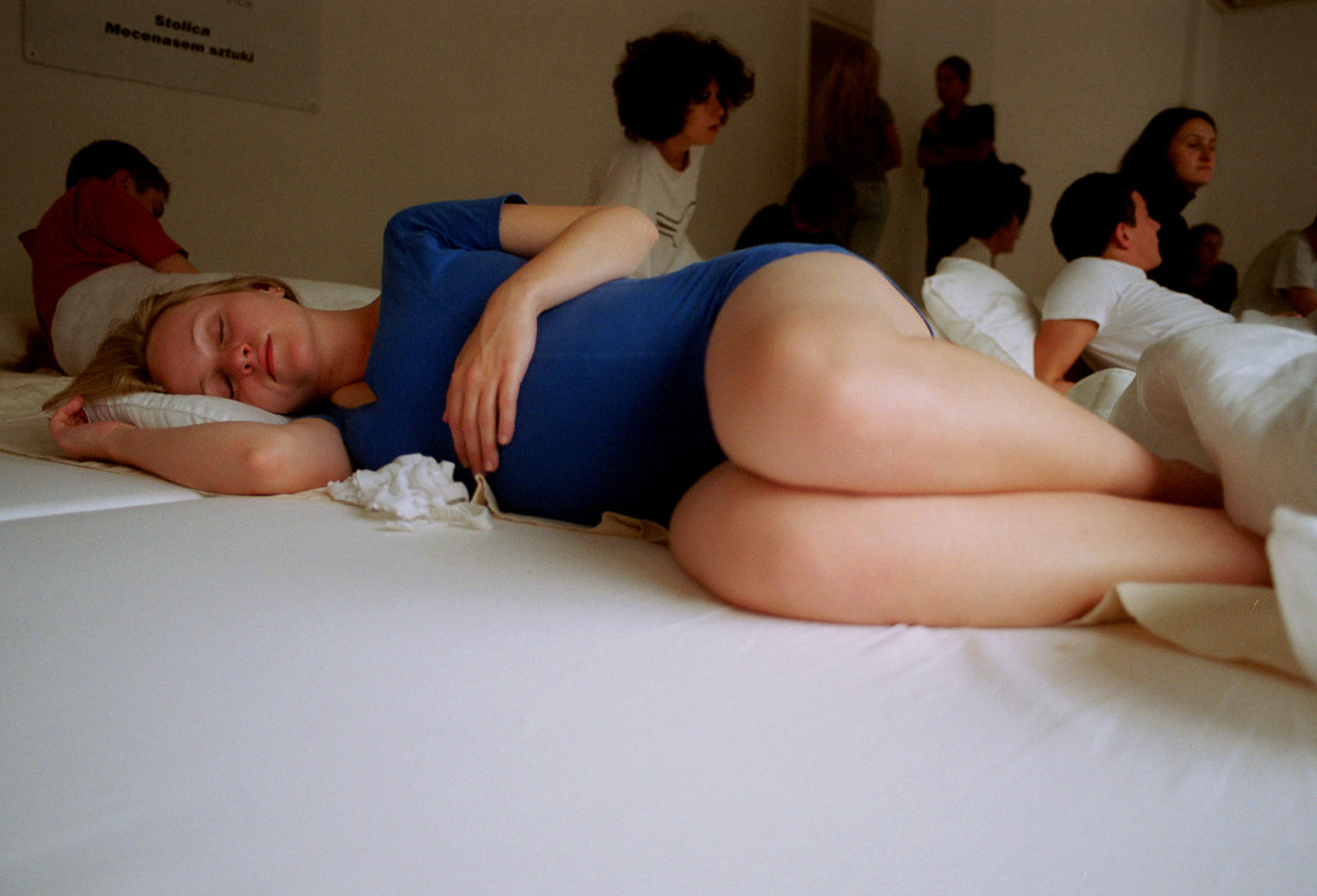 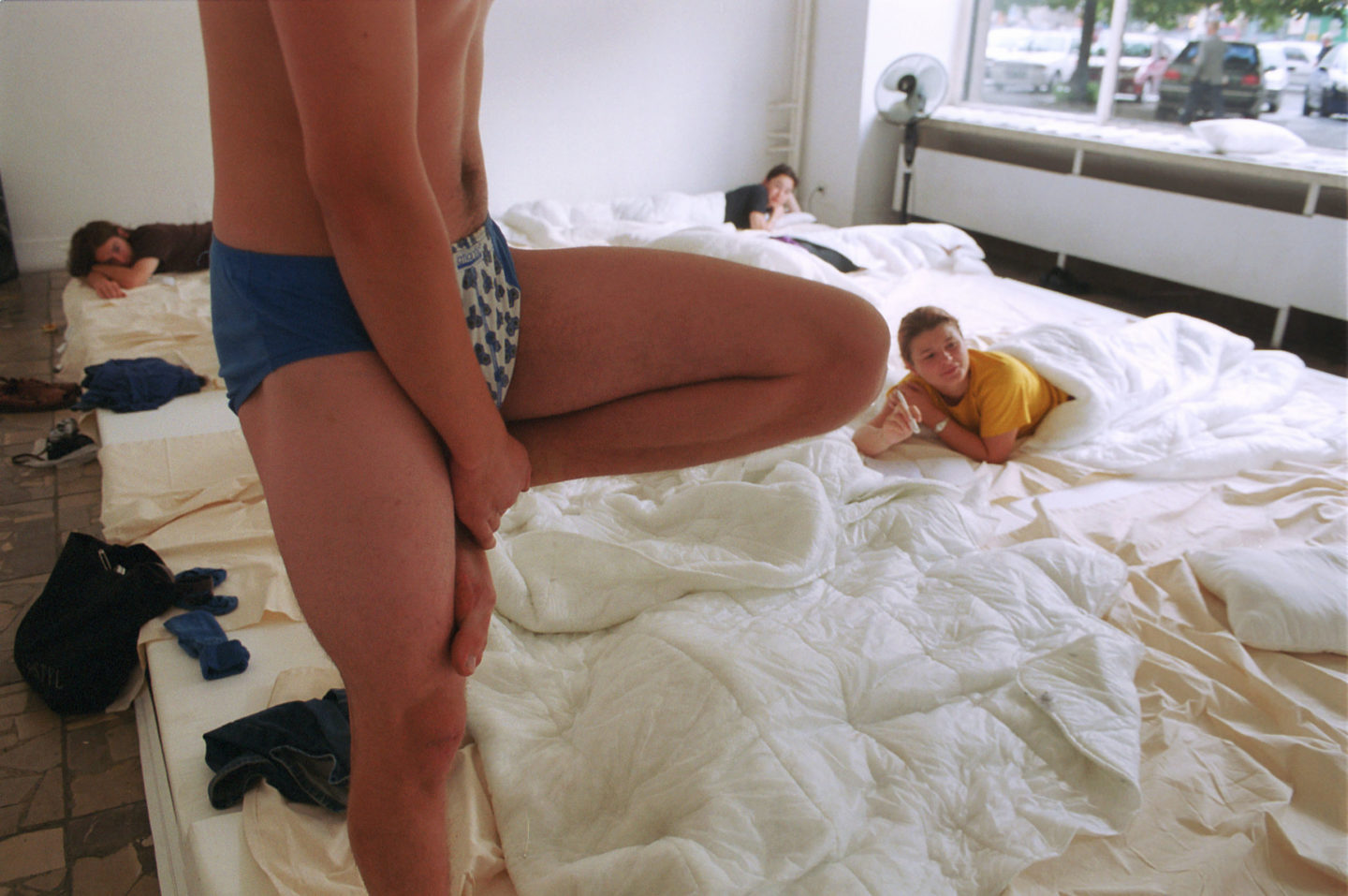 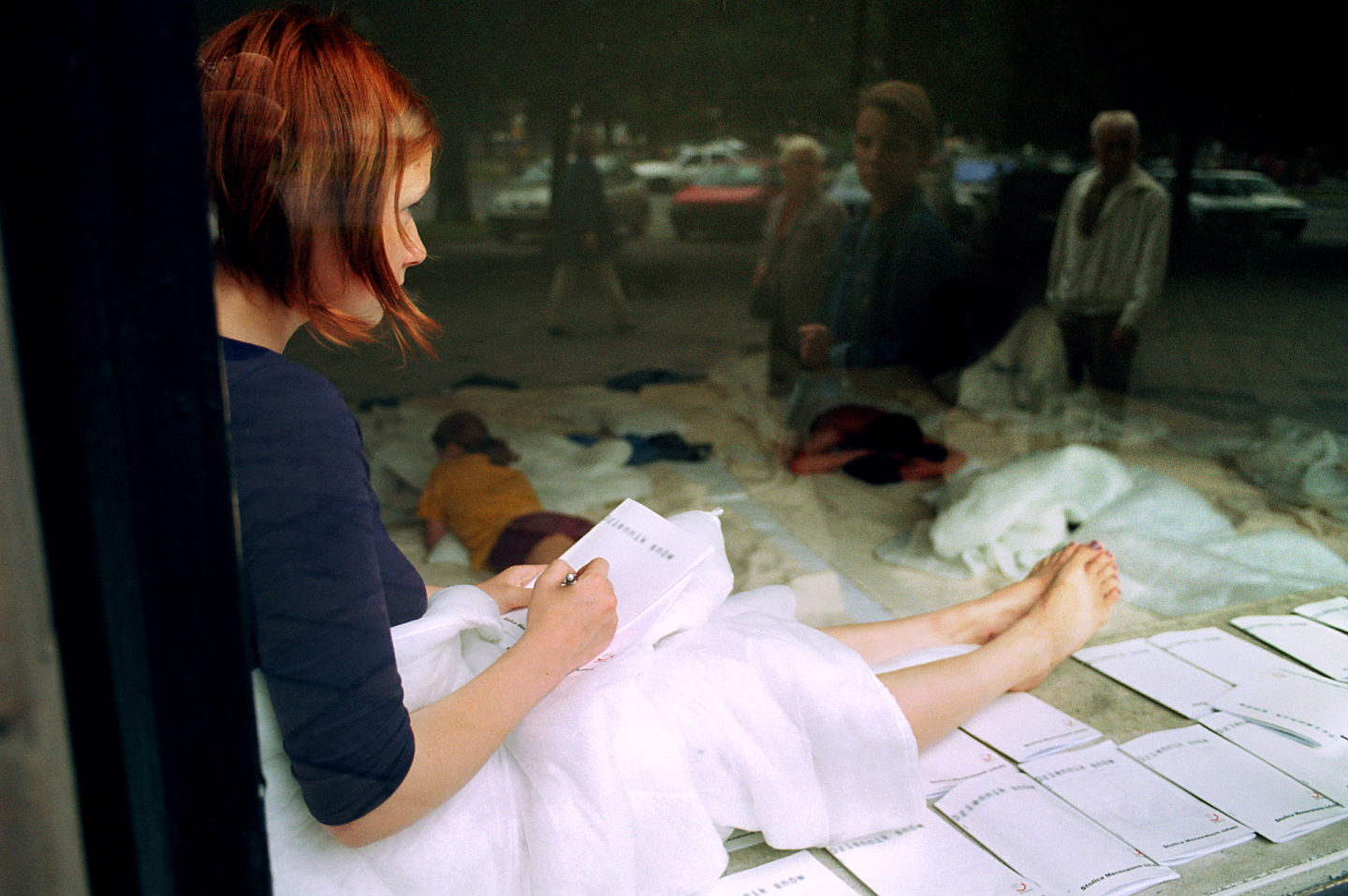 The Palm House for Refugees
2021