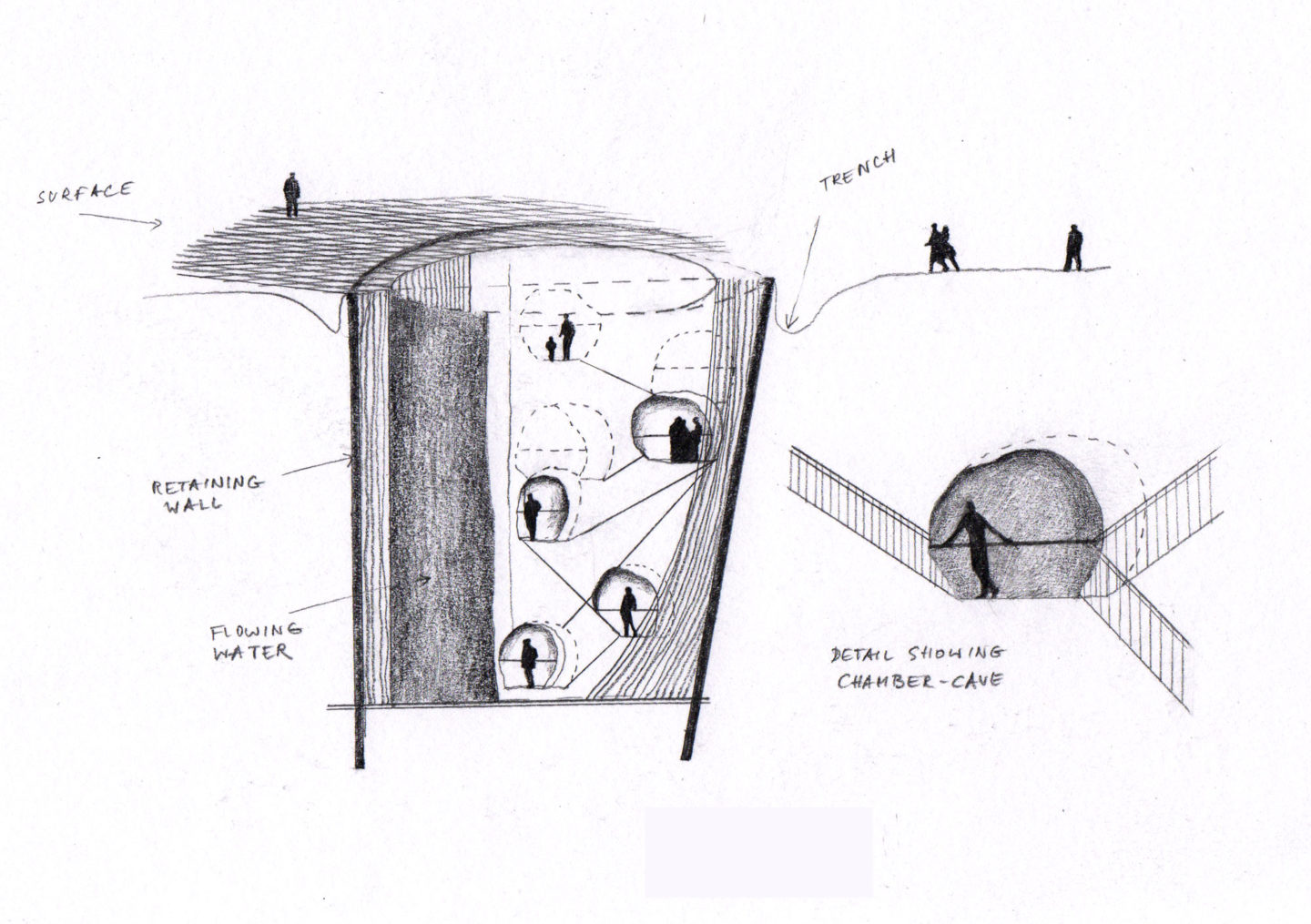 Forgetter was listed as one of the 100 projects in the Open Longlist announced by the Artangel.

“In addition to the two winning proposals from Maria Fusco and Adrian Jackson in collaboration with Andrea Zimmerman, the panel received over 700 submissions in 2014.The Open Longlist is a selection of these submissions, showcasing an extraordinary reservoir of ideas for a huge range of possible locations – as well as a few impossible ones.” 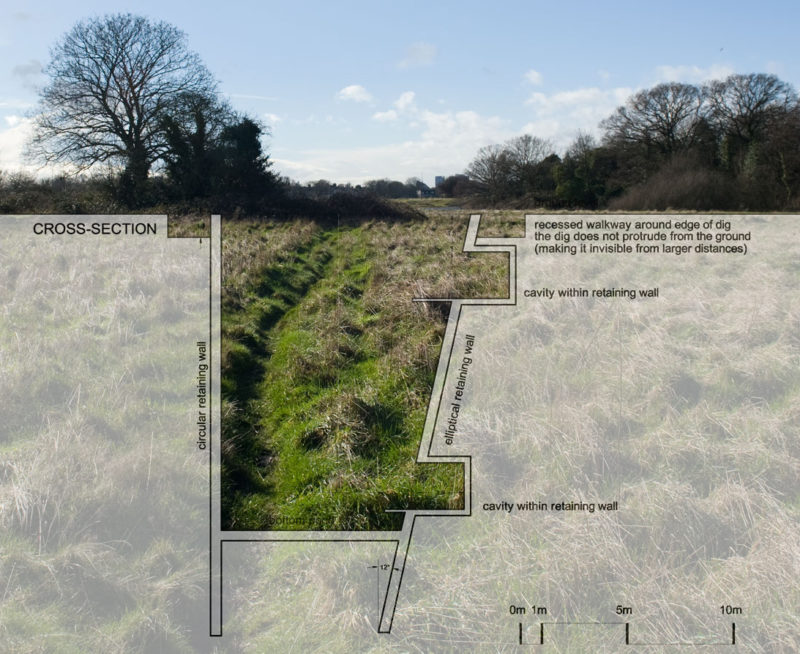 Forgetter is a steep crater in the ground with a circular opening to the surface, 11m in diameter, 15m deep. Half of its face is covered by water flowing uniformly from the top edge, gently, with almost no noise, down the concrete surface of the crater. There is a pool of water forming at the bottom. Pumps circulate the water back up to the top, in a closed loop. The rim will have a trench around its outside to prevent people from looking over the edge and for safety. 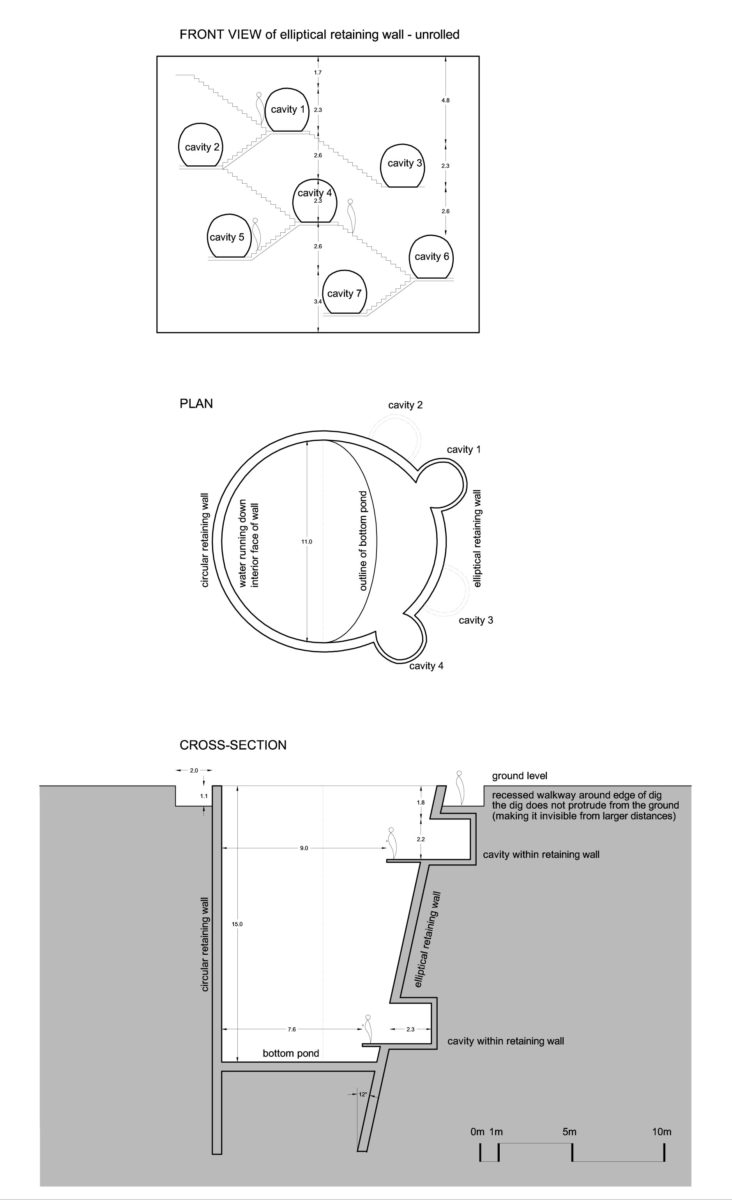 Forgetter has 7 chamber-caves – viewing points, designed for watching the water and the resetting of ones energies. To reach them, there are networks of metal stairs which lead to the chambers. The chamber-caves are discreetly lit and equipped with simple concrete seats and benches covered with wood, on which one can rest. Forgetter is a situation where a person, while being underground, is positioned in front of flowing water and exposed to moist air. From the chambers people will also see the circular opening with sky above and the pool of water down below. 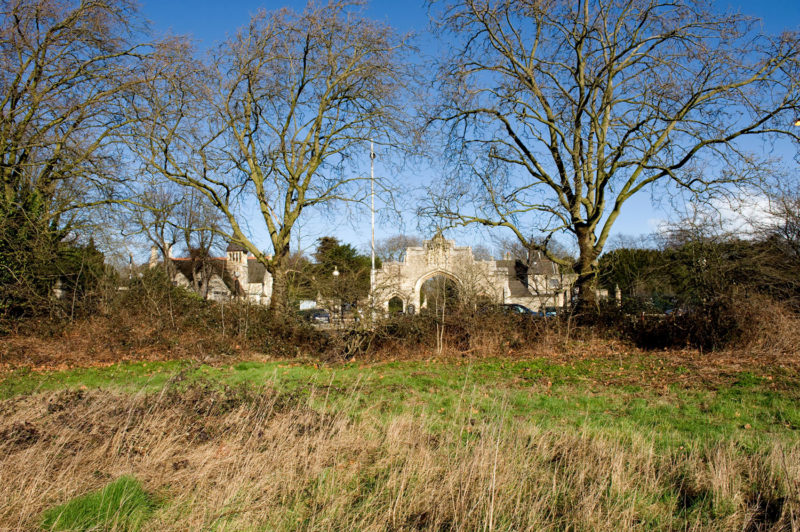 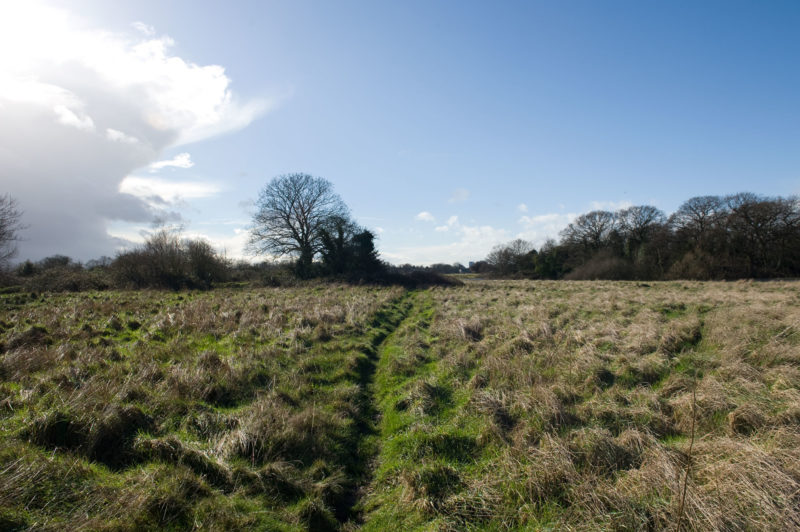 Forgetter is designed for Wanstead Flats, a common between the City of London and Manor Park Cemeteries and Crematoria. Its location addresses the project to people who have lost someone. Forgetting in such situations may seem shameful. Forgetter, however, is not about seeking oblivion, but for restoring names and faces to the unexpressed, another kind of memory located in the human body. ‘Breaking free from the name’ is, according to Giorgio Agamben, the return to ultimate freedom. 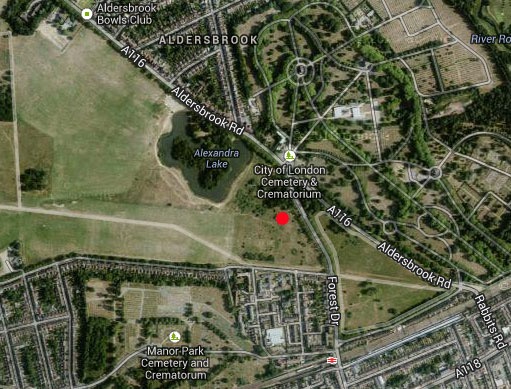 The overwhelming presence of water is the desired effect – our dependence on it, our fear of it. I would like people feel that their lives are a part of a bigger whole that is largely beyond our control or understanding. We cannot stop our bodies from dying, as we cannot stop the volcanoes erupting or the planet rotating. But we are part of it. Forgetter is about coming to terms with that.

The construction of Forgetter should be as follows: