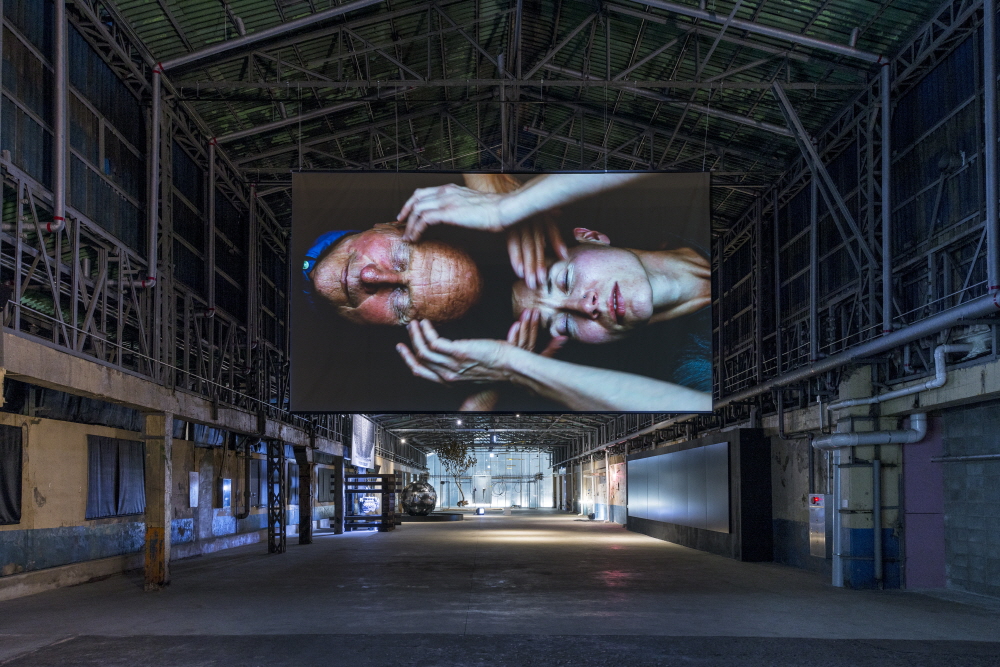 Busan Biennale 2016 held under the theme Hybridizing Earth, Discussing Multitude, with a perspective peculiar to Asia, broke away from the focus on Western contemporary art and featured 316 artworks by 121 artists (teams) from 23 different countries.

Joanna Rajkowska’s video work My father never touched me like that  (as part of Project 2 curated by Yun Cheagab) focuses on the broken relationship between a father and his daughter. The artist asked her father to caress her face, but that was probably the first and the last request she made. Her father lived a life on the run ever since his first escape from being sent to Auschwitz Concentration Camp during World War 2 to the moment he left his family and his wife. He was never there to change the diapers of his little baby, attend her elementary school entrance ceremony, or even when she was hospitalized due to blood poisoning. He went so far as to ignore his own name his wife called on the path to her death. By removing a layer of memories lying under the surface of daily life in her work, the artist gently caresses wounds of the past that we all have.
Project 1: highlighting Chinese, Japanese and Korean avant-garde art that spontaneously came into being in each country
Project 1 took place at the Busan Museum of Art under the theme an/other avant-garde china-japan-korea. “an” in the title refers to how the avant-garde spirit of the three nations can be considered as one and the same whereas “other” denotes how the avant-garde spirit, although unified, demonstrates how Chinese, Japanese and Korean art are placed in different situations and retain their own forms respectively. This project has drawn a lot of attention and is of great significance in terms of art history as it is the first exhibition that has featured Chinese, Japanese and Korean avant-garde art that spontaneously came into being in each country.

The Korean section curated by Kim Chan-dong extensively featured Korean avant-garde art that has stayed out of the limelight, overshadowed by Dansaekhwa (monochrome painting) and Minjung Misul (People’s art). The Chinese section curated by Guo Xiaoyan displayed works produced during the period of upheaval following the Cultural Revolution in 1976 while the Japanese section curated by Sawaragi Noi, Tatehata Akira, Ueda Yuzo comprehensively covered avant-garde art that was deconstructed and then reconstructed after the atomic bombing of Hiroshima at a site referred to as “ground zero.” This project served as a public forum where discourses varying in terms of content and form were raised and the avant-garde art of each of these three East Asian countries were re-discussed. It also offered an opportunity for viewers to witness avant-garde art from the three nations that they might have never seen before.

Project 2: viewer interest sparked by harmonious arrangements of work and space
Headed by artistic director Yun Cheagab, Project 2 featured 168 artworks by 56 artists (teams) from 23 countries under the theme Hybridizing Earth, Discussing Multitude. Artworks varying in terms of form and content created a more “biennale-like” biennale when they came together in the unique space of F1963, a former KISWIRE Suyeong factory. The venue, completely out of line with the traditional white cube of a museum, has been credited with displaying the quintessence of contemporary art, giving not only viewers but also art insiders and experts a refreshing jolt. The artworks, motion pictures, and sounds on show were all in accordance with the building’s concrete floor and the natural light that poured down through the factory building’s transparent slates, creating a perfect environment. Viewers were able to experience a literal “hybridizing earth” in this space. Highly acclaimed by audiences, this project can be described as having displayed contemporary art’s experimental quality and attributed to its popularization.

Project 3: formation of “discussing multitude,” forging expert and viewer engagement
A carnival of performances, academic programs, and educational programs included in this project served as an impetus to enable citizens to gain easier access to contemporary art by offering things to view and enjoy alongside the exhibitions. The project has encouraged citizens to more actively participate in the art world and uplifted the atmosphere of the biennale through 29 events in total such as warming-up parties, a special event for art week, Channel B performances, special performances, academic programs, and special educational programs.

The onset of another “discussing multitude” on an online platform in collaboration with Google
Everyone around the world is able to access the artworks exhibited at the Busan Biennale 2016 online via Google Arts & Culture website and through mobile devices even after November 30, the date when the biennale comes to an end. A sense of being there will be replicated by releasing museum views of F1963, the venue for Project 2. Details for each artwork are available, making viewers feel as though they are at the actual exhibition site. The organizing committee has opened some artworks to the public online in collaboration with the Google Cultural Institute, a worldwide online platform. Even after the biennale reaches its conclusion, Discussing Multitude will still continue online with interviews with artistic director Yun Cheagab and three curators also available on the website:www.busanbiennale.org 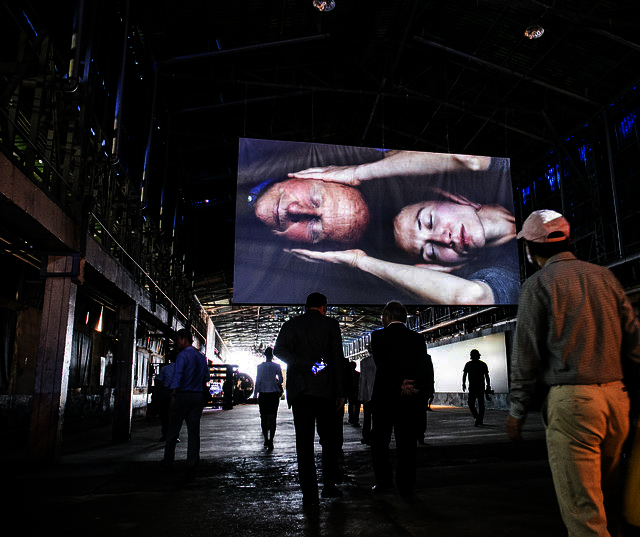 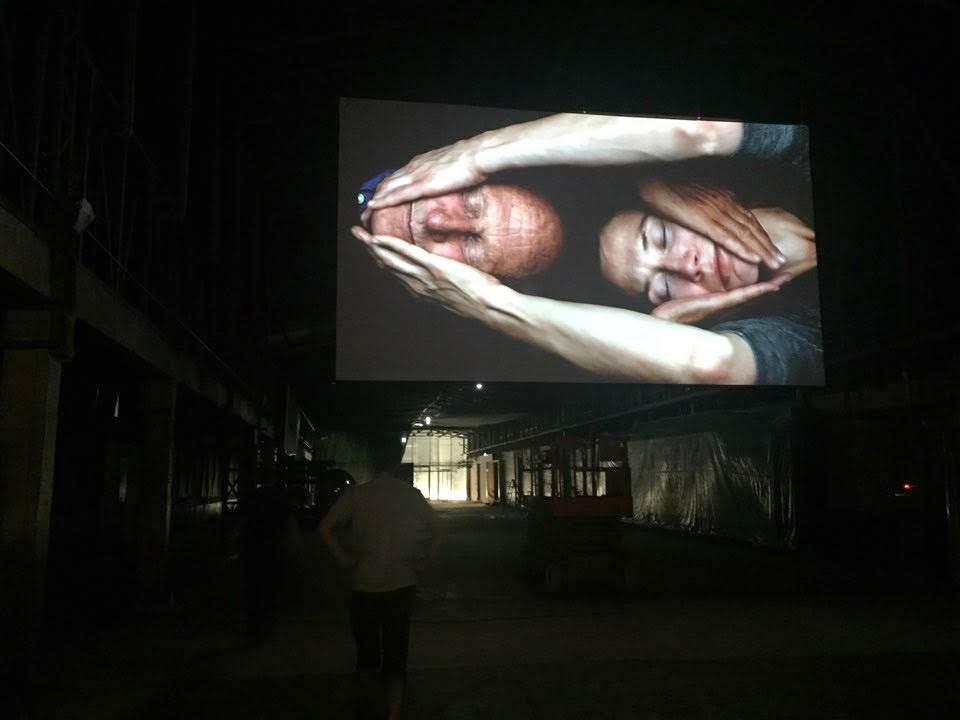 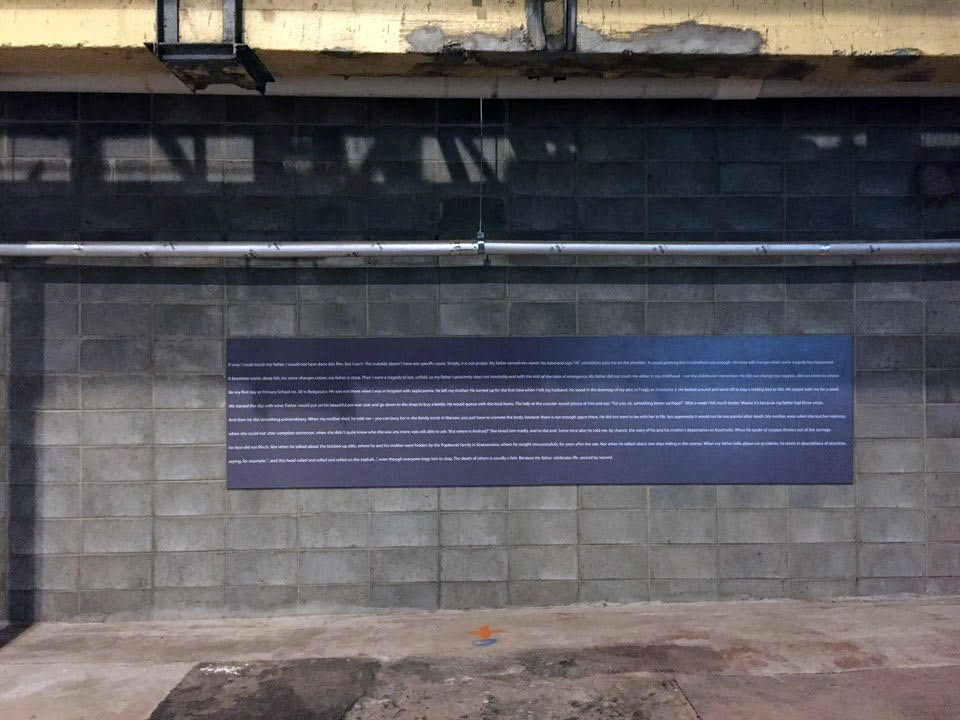 A Tourist in Other People’s Reality
15 June – 29 September 2013, Investigating the archives of Vestry House, London