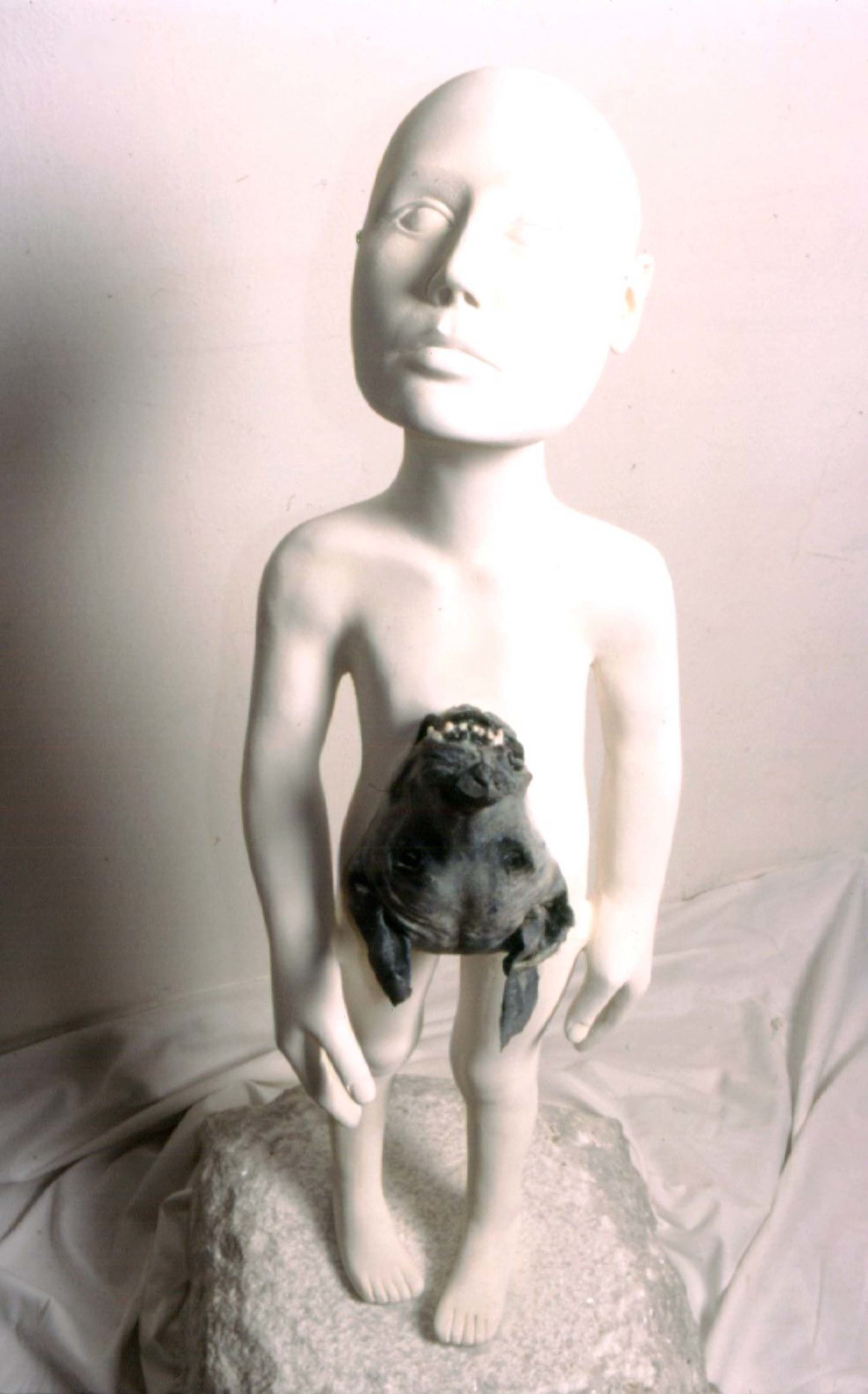 Joanna Rajkowska: I think so. But I also think that everyone has their own level of of shame and this shame is located in different places. Those who use their bodies have to overcome a certain degree of embarrassment connected with intimacy, with exposing that intimacy. There is also the shame of exploiting one’s work, statements and projects for unequivocally political purposes, which for me is sometimes a shameful area. This kind of political nakedness – a serious decision to take responsibility for political gestures which, in the case of an artist, immediately become public. At the beginning, this was extremely difficult for me.

PMK/PM: Perhaps it is someone else’s shame which interests you? Let’s consider Oxygenator and the people who had to overcome a certain social taboo, for example, an elderly lady who lay down on the lawn…

JR: Certainly, shame understood in this way is very close to me. It is connected with the removal or the modification of certain ritual behaviours. When people cast off their ritual forms of conduct, something happens between them, something which grabs me, some sort of essential humanity. I try to create situations, in which these rituals are not only unnecessary, but in some ways actually become embarrassing, pointless and are automatically discarded. That is what happened in the case of Oxygenator. It was something I call a ‘naked situation’ where people simply don’t know what to do with themselves, how to behave. This is always a little awkward.

PMK/PM: Is the category of humanity important to you?

JR: Naturally! I am interested in humanity ‘relating’, because, frankly, I do not deal with people as such, but with what happens between one person and another. I am interested in people being together, ‘naked being’ – sharing space together, in the broadest sense. How one body exists alongside another body, but also as one memory or identity co-resonates with another memory or identity. How people are with each other. And here there is definitely a moment of shame, because such a ‘naked situation’ of being with someone is something we abandoned long ago. We have wrapped it in rituals which channel this sense of being, formalizing and sterilizing it from awkwardness and ignorance, which are most convincing for me – what to do, what to say, how to position your body beside someone. It is a situation I recognize, which I seek out, in which people are ‘one to one’, bared, bared in the best sense of the word. I try, however, to set it up so that this baring doesn’t produce shame, because I don’t want to humiliate and bring people to the state in which they will have to force themselves to act in a certain way. I would like to create situations in which giving up rituals becomes natural, when the question of shame simply ceases to exist. Paradise, in short.

PMK/PM: Some of your statements suggest a certain distance regarding sexual relations, and you have a similar approach to physicality. Your attitude to it isn’t directly affirmative, isn’t for you something clearly deserving celebration.

JR: Yes and no. On one hand, all of my projects stem from perception of people and their behaviours on a somatic level, and so if I go to Plac Grzybowski I look at how people sit next to each other, beginning with the simplest of observations regarding the body, its positions, gestures and so on…

But on the other hand I refused sexual requests in Twenty-Two Tasks and encouraged people to sleep side by side in Diary of Dreams, which, although saturated with eroticism, was at the same time stripped of any direct sexual connotations.

I have not concerned myself with sexuality for many years now. I was in my early work, in a way, I think, which was rather… painful. I am thinking here about sculptures I made in the 1990s. I am not a fan of them today. However, there are two works which survived. One is a sculpture called Love of a Man Named Dog. It is in the Zachęta Gallery’s collection, has been shown once or twice, now it is doing penance in storage. I was thinking recently about this sculpture. In some way it is a portrait of my own sexuality. A small girl, the body of a perfect girl, perhaps ten years old – that age was a a turning point for me, a sudden entry into adulthood as a result of a serious illness. The girl has a dog inside her belly, just the severed head, found after an accident. The dog is blue, because it was in blue formaldehyde. And so the white plaster girl’s body with a cast of my head, my ears and my hands, all disproportionately large compared to that little body, and in the belly – that dog… You can see it had been mangled, its jaws wrenched open in pain. This was the only work I have produced which I couldn’t say anything about…

It was 1998, I had a solo show in the small Zachęta Gallery Salon. A journalist approached me and asked me what the sculpture was about. For 15 minutes, I was unable to speak, completely blocked – in the end I said that it was a kind of portrait. It was a sexual portrait – I thought about how sexuality manifested in me and how it overwhelmed me. That sculpture is damn physical, resonating from start to finish on a sensory level. To this day, I think there is something wrong with it. Something about accepting the body as it is, something wrong with a sexual relationship. There must be a problem there. And so perhaps it is true, what you said. I don’t know. I talk about myself as if about a stranger, and perhaps that distance towards myself, to my own body, is the cause of this. And certainly – a sense of irony.

PMK/PM: Let’s talk about the semantics of your works, those rooted in urban life, in social space, works open to that space. Do you have any expectations of these projects, do you anticipate people giving them set meanings?

JR: No, I have no expectations. I am a person who in some way is deprived of imagination… I cannot imagine what people do with it, I am completely…

PMK/PM: This is irrelevant to you?

JR: I am curious, but I separate myself emotionally. I’m more interested in generating a certain collective power in people and the social consequences of those small explosions rather than the kinds of meanings which people assign to my works, though of course one cannot be separated from the other. Sometimes, it turns out that in spite of completely conflicting interpretations, clouds of meanings, and multitude of threads, people unite themselves around the project anyway. This is how it was with the palm tree.

I approach these projects as a part of my life. Because you don’t wake up in the morning with the expectation of how the day will be, you simply live. You have some kind of plan, but, of course, someone pops round, you’ll go somewhere or someone will do something nasty to you and everything goes to hell… that is how it is with my projects. This is such an inherent part of my life, from the beginning to the end, that I accept them as they happen, every subsequent minute.

PMK/PM: And so if you had no expectations, then you were not surprised?

JR: No… sometimes… by the power of human energy. Generally speaking, I am not easily surprised, I just stand back and watch.

PMK/PM: You take it all on board?

JR: Yes. And I try to comprehend it.

Get used to the error
2015, Joanna Rajkowska in conversation with Marta Skłodowska

I am Not Easily Surprised — Joanna Rajkowska