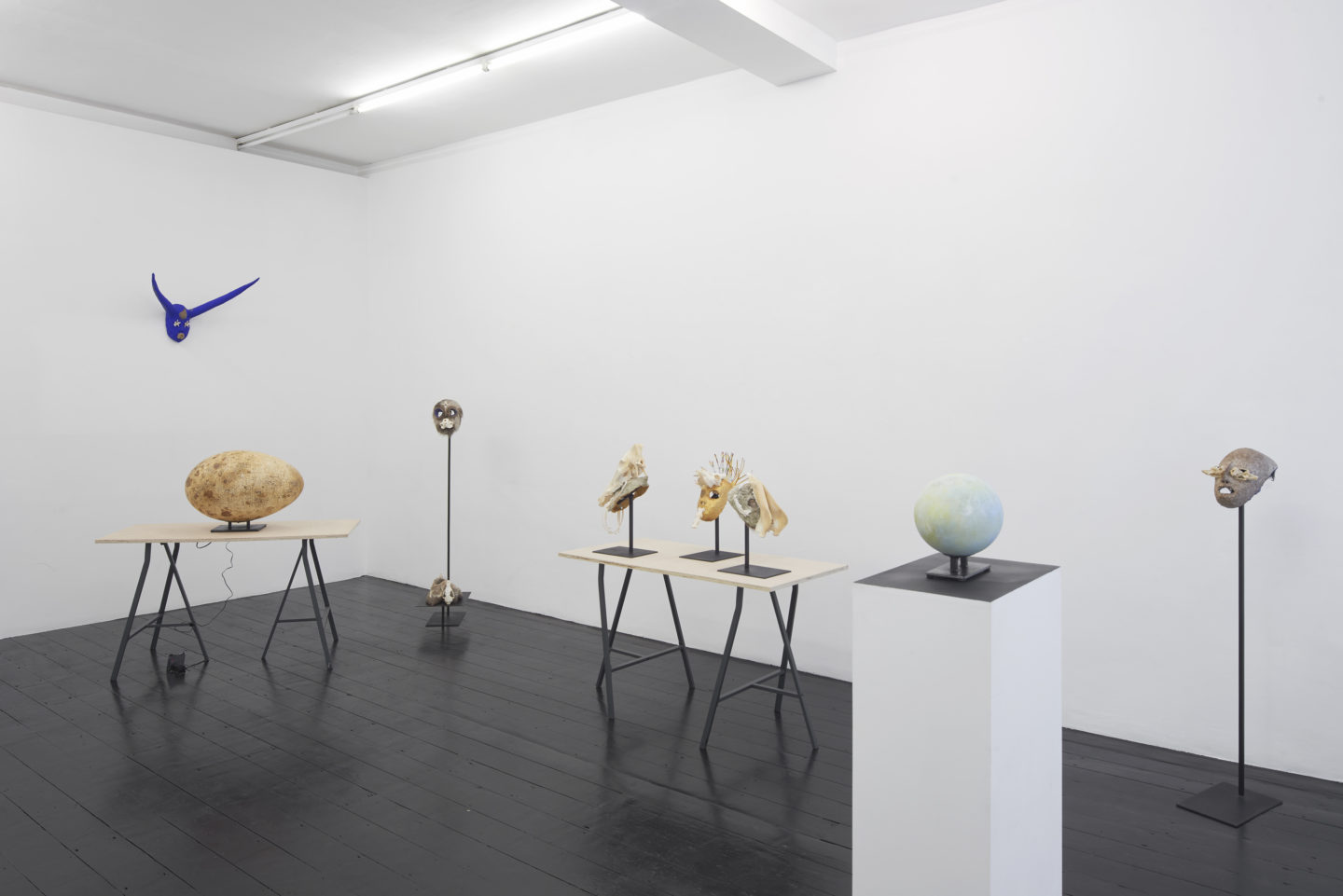 One of the highlights of this year’s Frieze Sculpture display in Regent’s Park is a giant egg. Titled ‘The Hatchling’, the large-scale sculpture by Polish artist Joanna Rajkowska is a replica of a blackbird’s egg, which emits the noises of a hatching bird: heartbeat, pecking, and attempts at vocalisation. Rajkowska’s current solo show at l’étrangère follows up on the themes of this piece under the bleak but apposite title ‘The Failure of Mankind’. Although she usually produces work for public spaces, Rajkowska has reconsidered various elements of her practice to present her work in a gallery setting for l’étrangère. The exhibition pivots around the notion of empathy – in particular, the (in)ability of human beings to understand the feelings and ways of being of other species. If we don’t strive for this empathy, Rajkowska suggests, we will fail to recognise our dependence on the natural world, and head instead towards simultaneous ecocide and self-destruction.The most striking works in ‘The Failure of Mankind’ are a series of masks and shoes, made from animal fur, bones and manmade rubbish, mostly found discarded in the woods around Rajkowska’s studio outside Warsaw. By invoking the power of garments and the ritualistic creation of personae through masks, Rajkowska invites us to put ourselves ‘in the shoes’ of another species, to ‘get under the skin’ of the animal world. In other words, she invites us to feel with members of the animal world whom we otherwise ignore.

The works do not refer to specific species or even groups of animals, instead suggesting hybridity. In the masks, bird-like beaks are created through reused rodent skulls, for instance, and bright blue horns sit above a semi-human face with vertebrae for eyes. There is a feeling of folk art, of magic and ritual. Whereas much recent eco-art adopts a data-driven approach or a technological aesthetic, Rajkowska instead encourages viewers to use their sensory imagination to explore ways of getting beyond the scientific or philosophical confines of the human mind and body, and to recognise a sense of open-ended shared identity with nonhumans.

The sensorium is also evoked by two works in the show which follow more closely in the footsteps of ‘The Hatchling’. Visitors can touch these hand-painted eggs and reach underneath to find a small button which, when pressed, produces the sounds of an unborn baby bird. The press of ear to artwork suggests a direct bodily connection to the imagined animal inside.

In the second room of the exhibition, the egg shape takes on a slightly different meaning, suggesting a fluidity and flexibility to Rajkowska’s worldview and modes of working. These collages on paper present images from the industrial revolution pasted onto an ovoid shape, which has come to indicate a distorted globe; the world pulled out of shape by the destructive actions of human beings.

In ‘The Failure of Mankind’, Joanna Rajkowska indicates how humans have failed the natural world – and, ultimately, themselves. But she also suggests how we might act before it’s too late: by finding ways to understand nonhuman lives and, above all, by finding ways to empathise.

What does it mean to you to be European
2019, Masthead by Joanna Rajkowska