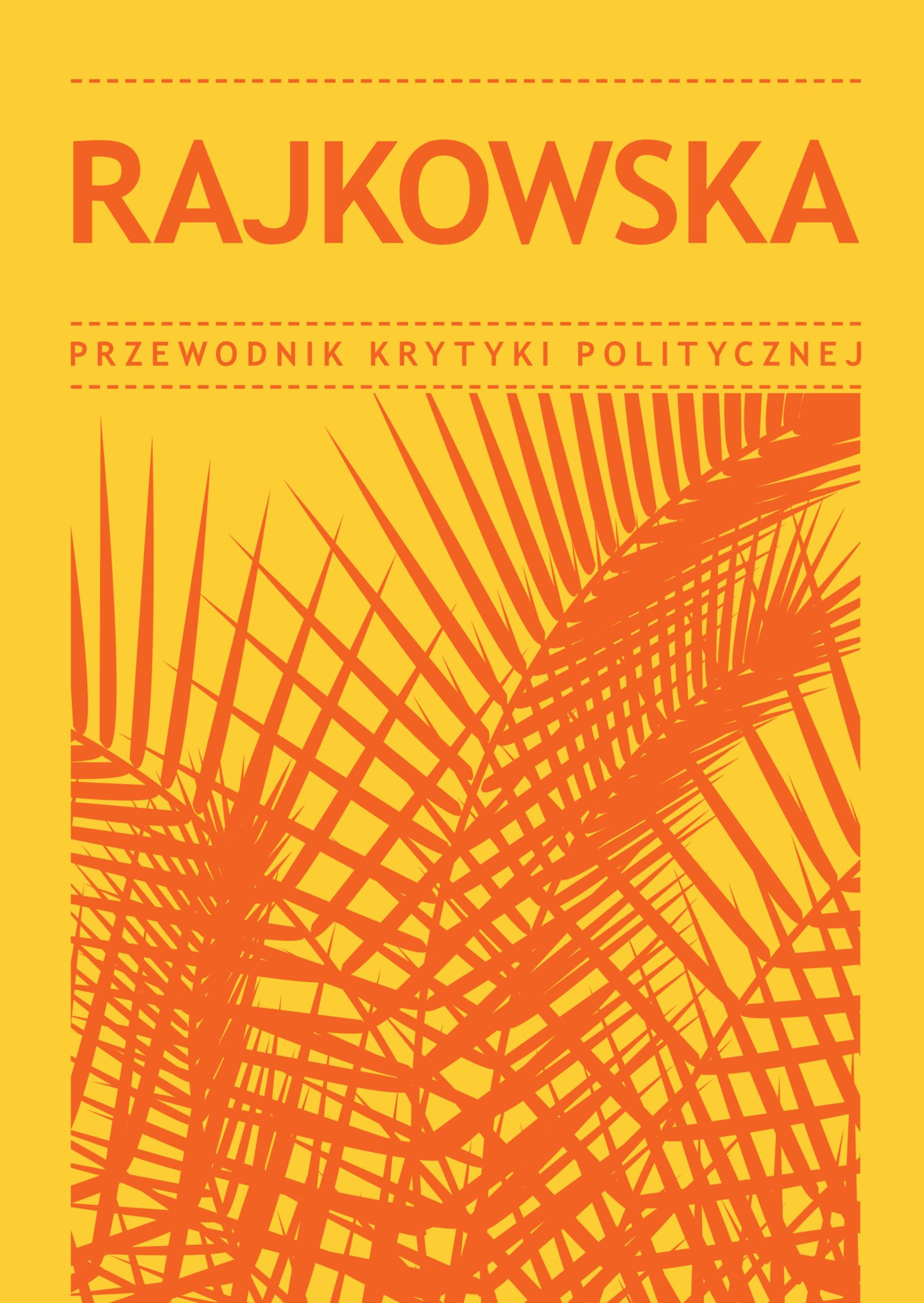 I imagined someone who, after many hours’ trip from Kiev, gets off the train at ten to seven in the morning, passes through the dirty bowels of the Dworzec Centralny train station and walks towards Nowy Świat Street. Suddenly, they can’t believe their eyes. They see a palm tree. Or, imagine a man who every day rides to work on a tramway through the Rondo de Gaulle’a roundabout. He boards the tram somewhere in Praga, crosses the Poniatowskiego Bridge and suddenly, still slightly sleepy, he sees through the tram window a strange tree trunk, he looks up and sees the tropics, or the Middle East, or Mexico, he sees something that doesn’t belong to Warsaw, but still it’s here. The palm was to work like a film, to have the same capacity to create illusion. The moment when you have invented a way of being with another is the moment when all politics begin.

fragment of the book

Joanna Rajkowska (born 1968 in Bydgoszcz, Poland) is an author of objects, films, installations, ephemeral actions, as well as interventions in public space. Her works reflect changes in the reception and expectations towards art and its social functions, referring to the complexity of identity problems affecting Eastern European countries following their economic and political transformation of the 1990s. Rajkowska’s most widely discussed works: Pozdrowienia z Alej Jerozolimskich/ Greetings from Jerusalem Avenue (2002-2009) and Dotleniacz/ Oxygenator (2006-2007) functioned as contemporary ‘social sculptures’, activating layers of meanings (both historical and ideological), provoking conflicts, serving as specific platforms interwoven into the urban tissue of Warsaw, being used for debates, arguments and manifestations.

These works might also be considered as merely pretexts for discussion about the issues of land control and potential forms in which collective memory might be manifested as public monuments. As Joanna Rajkowska’s works materialise through ‘urban legends’, press-cuttings, gossips and media debates, their form is always ‘unfinished’, so there is the possibility that they will evolve and mutate, even against the artist’s initial intentions. Media patron  BOOK DATA

Art on the Edge
2014, Joanna Rajkowska Talks to Mateusz Pielas and Łukasz Mikołajczyk

Like a conductor who knows he can’t do much
2010, Joanna Rajkowska in conversation with Jakub Knera