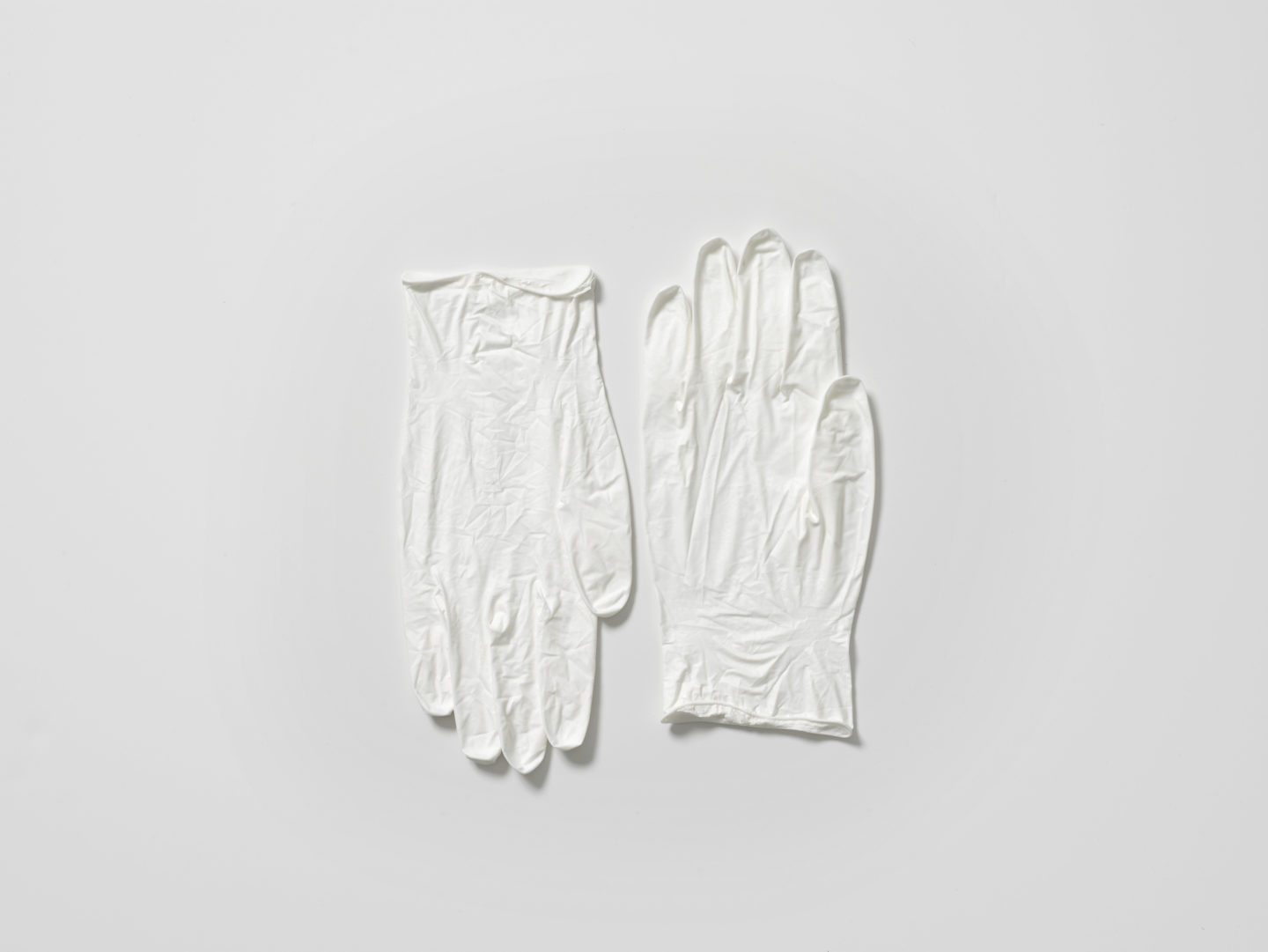 Painkillers II (2015) continues Rajkowska’s on-going interest in the paradoxical interrelation of military weapons and pharmaceuticals, whereby the artist makes casts from modern weapons and ‘weaponised’ objects out of resin and powdered analgesics. Through extended research into case studies involving medicinal manufacturers in the facilitation of biological weaponry, Rajkowska confronts a set of disturbing and historically-obscured (mis)uses of scientific knowledge and power.

From the clinical suggestiveness of a pair of latex gloves to the seductive modernist design of a nuclear bomb, Rajkowska’s choice of objects is not limited by time, place, or the method of pain administration. What unites these spectral forms is their disturbing conflation of death and healing processes. As the artist comments, ‘it seems that means of killing and means of saving peoples’ lives are related to each other in terms of the forces generating them. This closeness can probably also be found between the means of inflicting pain and relieving it’.