I would like to thank everyone who contributed to the creation of the project.
I address my warm thanks to the following people:
Mrs. Mayor of the City of Culture – Agnieszka Nowak
City Architect – Marek Janiak
City Conservationist – Kamila Kwiecińska- Trzewikowska
Director of the Museum of the City of Lódź – Małgorzata Laurentowicz-Granas
Deputy Director – Maja Jakóbczyk 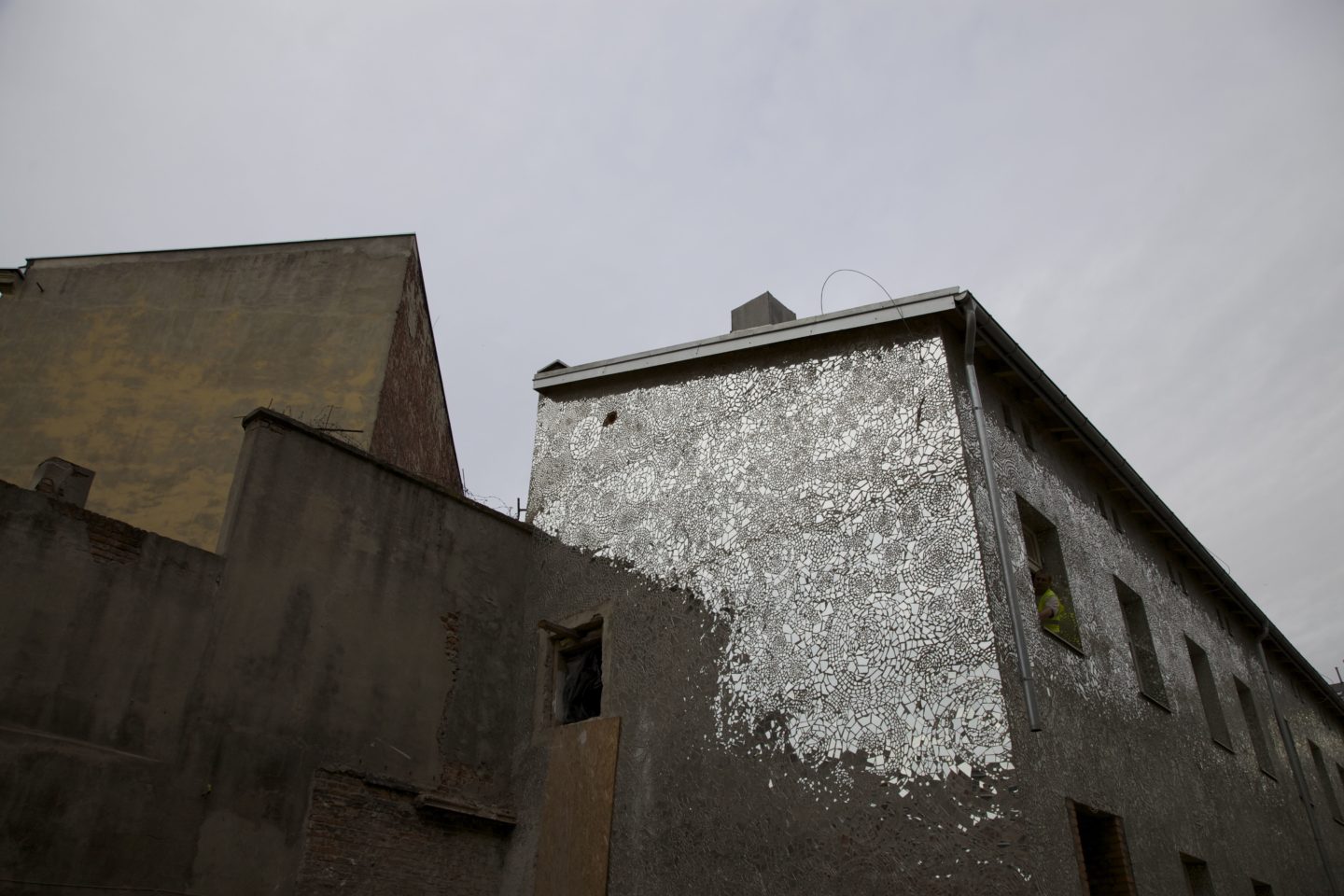 “Rosa’s Passage”, as the title of the project for the city of Łódź and as a phrase, has a twofold meaning for me. On the one hand, this is a reference to the project’s location – a narrow courtyard at the back of the tenement building at ul. Piotrkowska 3. The courtyard became a passage in the literal sense. So Rosa’s Passage is an idea of a special place and a route, thus redirecting human presence and attention. On the other hand, Rosa’s Passage depicts the path that my daughter, Rosa, traveled, from not seeing to seeing. (Joanna Rajkowska)

Work on the Passage began in 2013. The lengthy realization of the project was due to its scale: the 800m2 of walls in the large courtyard at ul. Piotrkowska 3 were intricately covered with small pieces of irregularly cut or broken mirrors. Squares, rectangles, diamonds, triangles and all manner of irregular shapes of mirrors of varying sizes enveloped the façade with a mosaic. It was important that the mirrors covered all architectural details, such as glyphs, door frames, jambs, cornices, steps and niches. It is not a decoration applied flat on the wall, it is, in the artist’s understanding, an organically “ingrown” architectural skin. The obvious reference point is the retina that tightly lines the inside of the eye.

Looking as a process is a reference point here, but also a source of reflection and object of fascination, while seeing is reduced to an almost physiological phenomenon of image reception. The intention of the artist was to stop the viewer at the level of enchantment with the very possibility of seeing. The architectural skin that the buildings have grown is nothing but a retina, a light-sensitive tissue with which eyes are equipped.  Moving a millimetre generates a completely different reflection in the mirror mosaic, relativizes the notion of the image, and makes obvious that our dependency on the possibility of the eye, the reference point, and the possible perspective.

The project also has its strictly architectural dimension. A monumental mosaic of cut mirrors, arranged on the facades of the outbuildings, is, according to Rajkowska, an attempt to visually dematerialize the body – an attempt to overcome the weight, scale and enormity of the building. “Reflecting fragments of the surroundings, the sky, a huge amount of light has appeared in this quite dark yard, were to make this place something very light, flickering, surreal”.

An equally important factor was the choice of location. The creation of a communication route between streets of ul. Zachodnia and ul. Piotrkowska was to help directing human traffic towards the latter, which is, after all, the heart of the city. “Rosa’s Passage” is an interference with living urban tissue, an attempt not only to direct thinking, but also to direct human steps.

The building at Piotrkowska 3 houses the oldest hotel in Łódź, the history of which dates back to the mid-nineteenth century. Abandoned in the early twentieth century, after World War II it became a municipal tenement. It is still today. 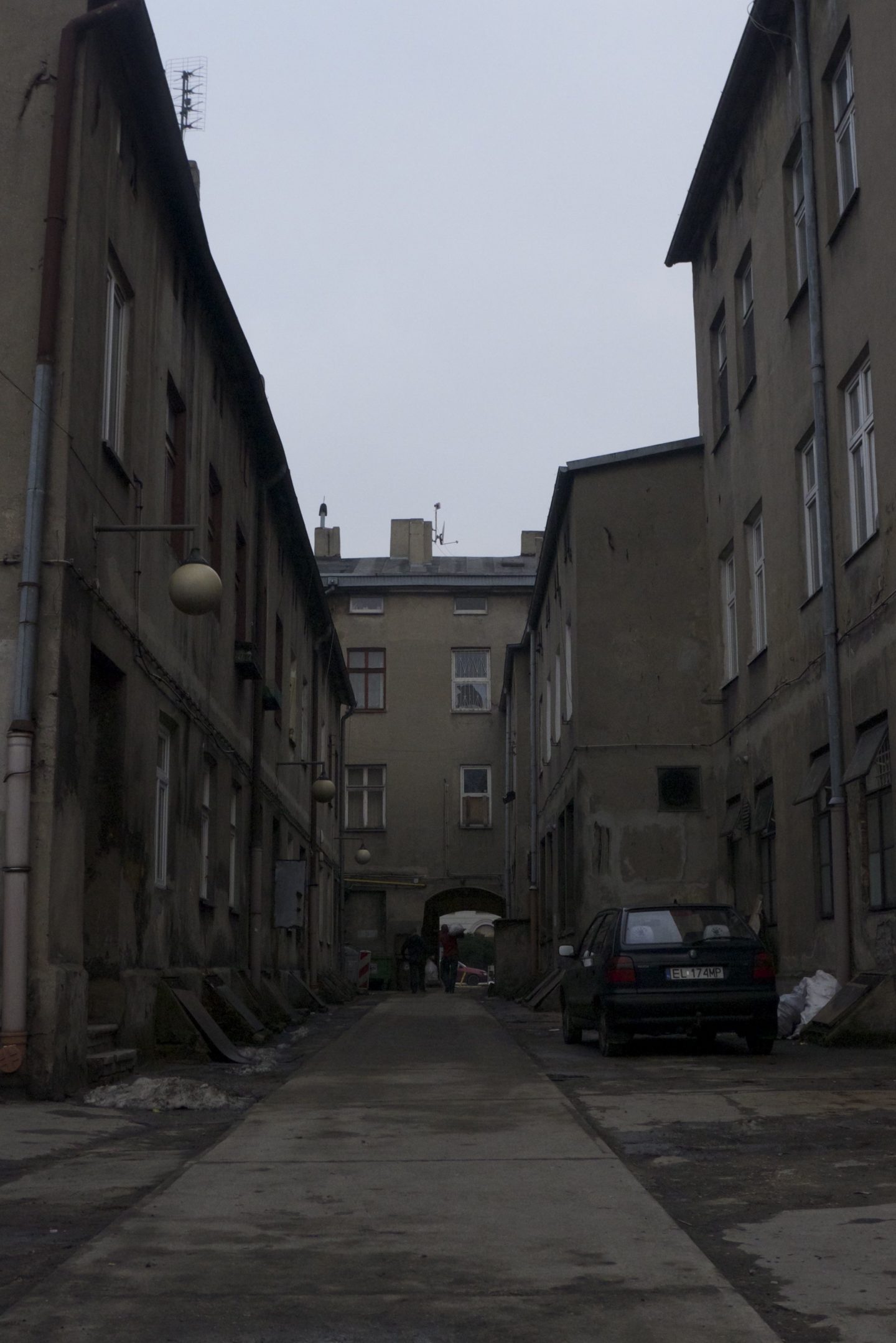 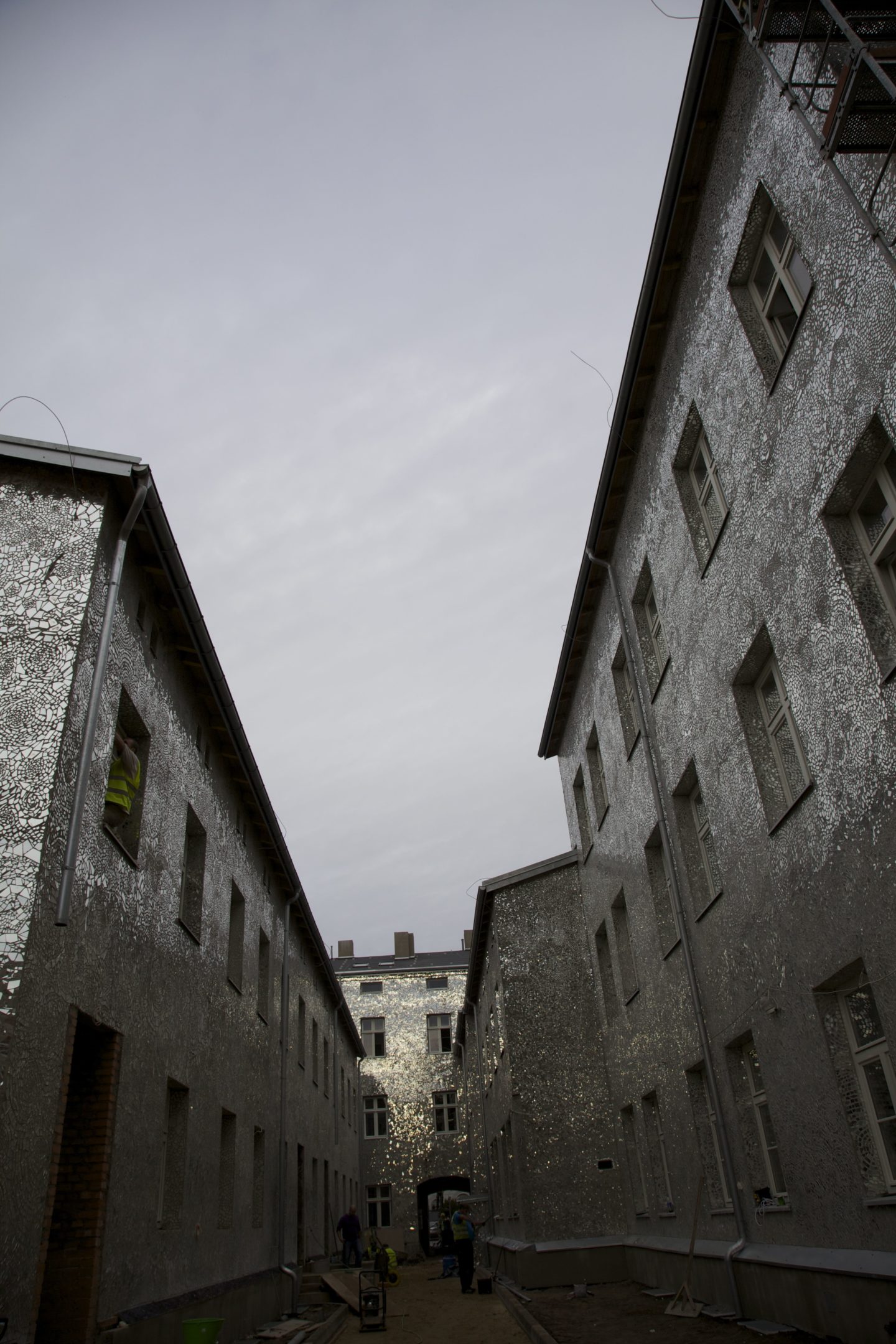 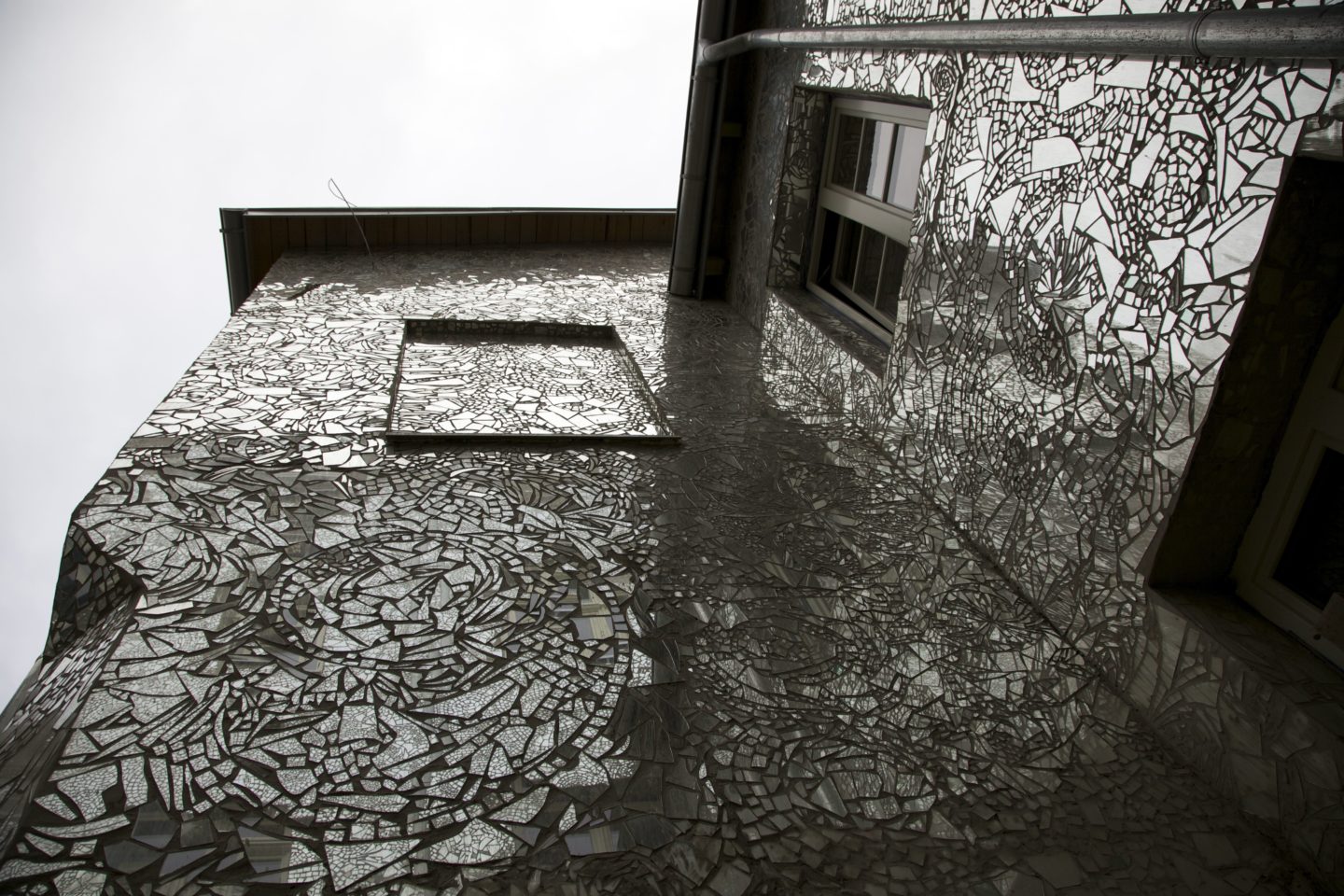 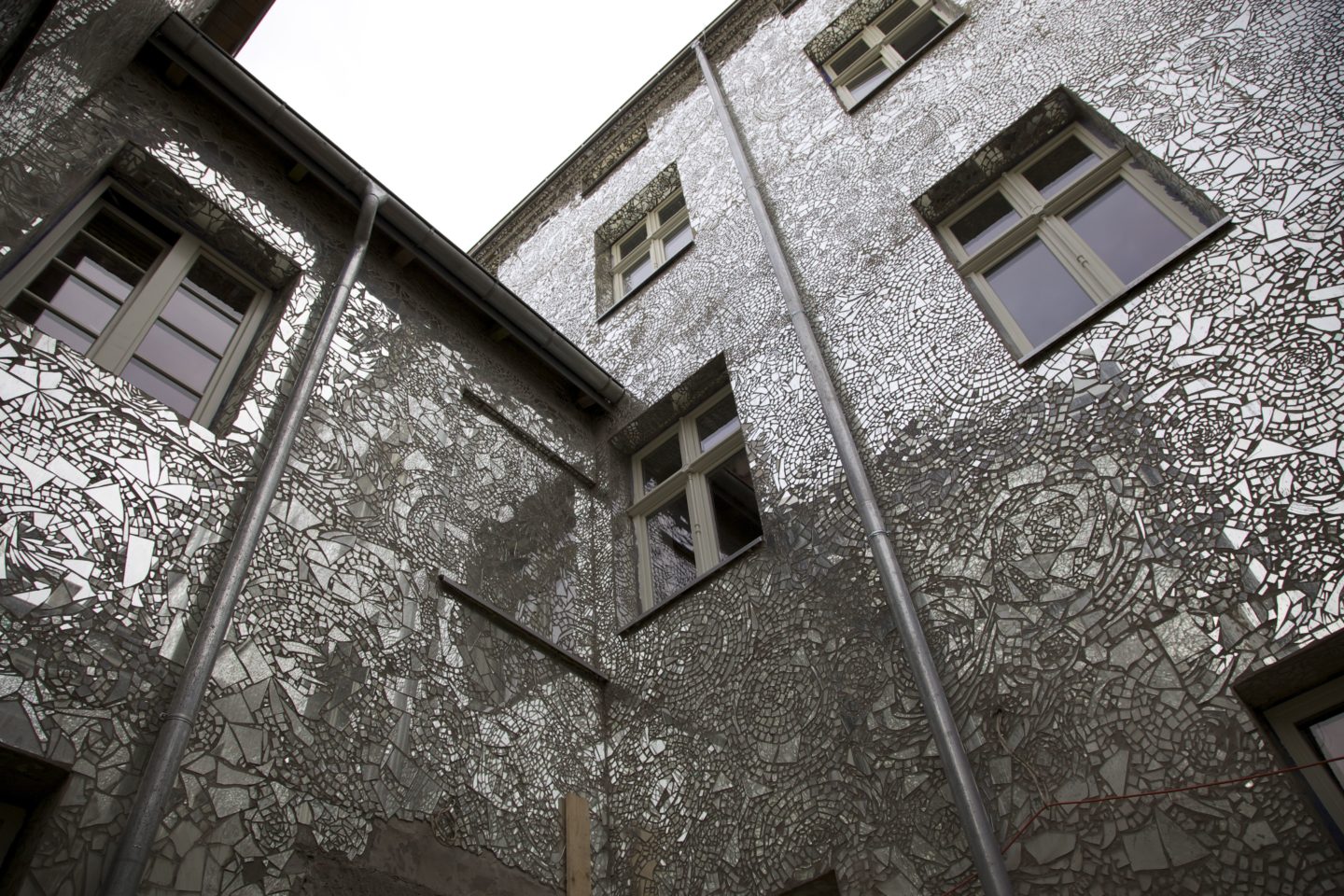 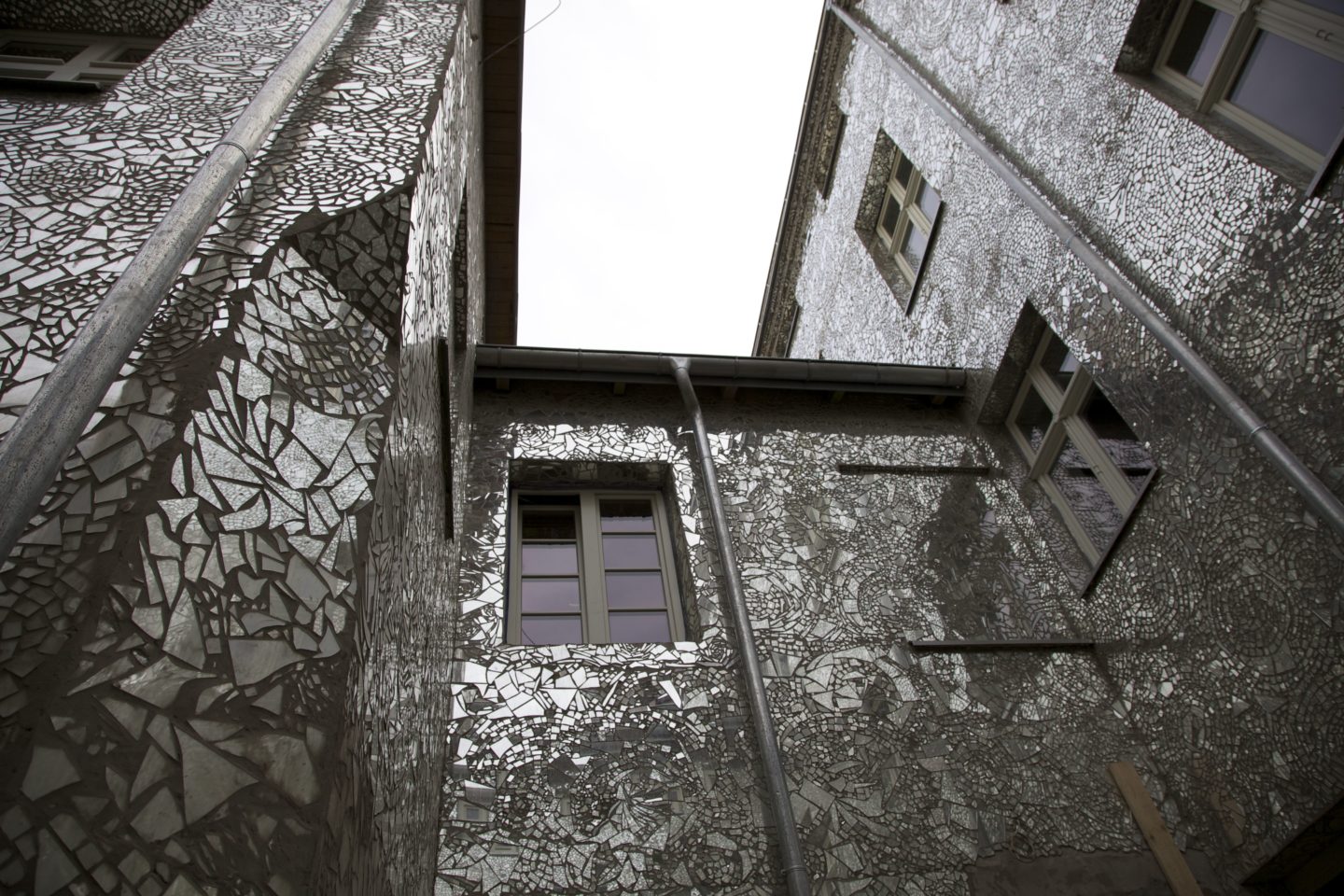 Soon Everything Will Change
2014, public project