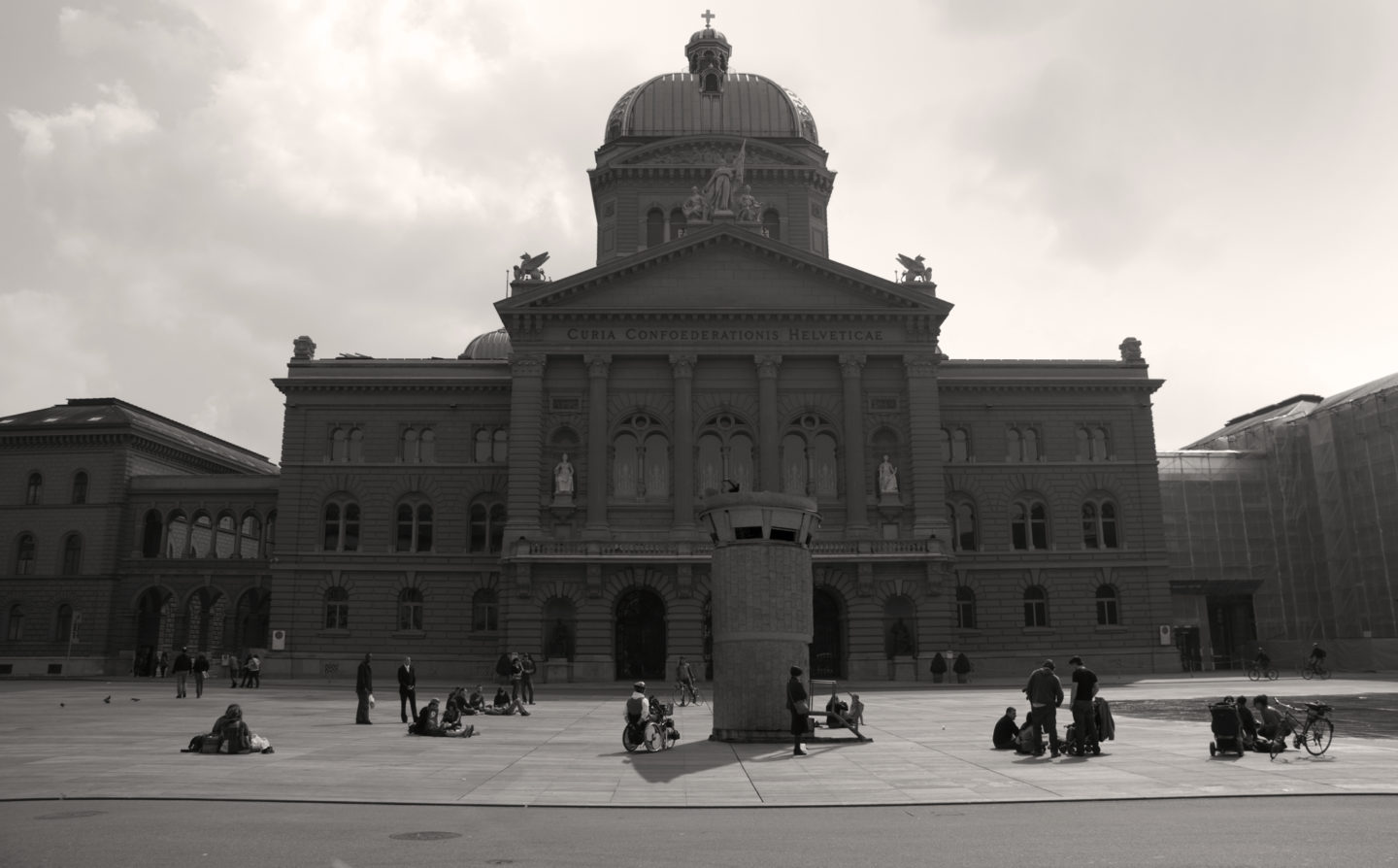 Postcards from Switzerland is an attempt to come to terms with persistent recurring afterimages experienced by the artist following her travels in the West Bank; an attempt to examine a certain image once more, in a different cultural context, in a meeting with European architecture. The results of this visual game were not determined in advance. Each photomontage revealed new aspects of the relationship between the architecture of the Israeli occupation and desperate attempts to build a Palestinian home/shelter, and the architecture of European order. All of the postcards are photographs of Bern—the capital of Switzerland—of public buildings, their interiors, and of the city’s squares, playgrounds and streets, with images from the Middle East juxtaposed. As a result of this experiment, images of nonexistent places and situations arose. Israeli checkpoints and blockades fit almost imperceptibly into a western European cityscape; Palestinian tents, lean-tos and bizarre residential structures, however, remain foreign and create the impression of an artistic installation. Some of them possess the quality of a conceptualist juxtaposition of two types of architecture, while others seem to be fragments of a literary narrative, of a story not yet written. Taken together, they express a sense of longing for a place which, in spite of having been touched by the trauma of violence, remains, for the artist, an image of the world as it is.