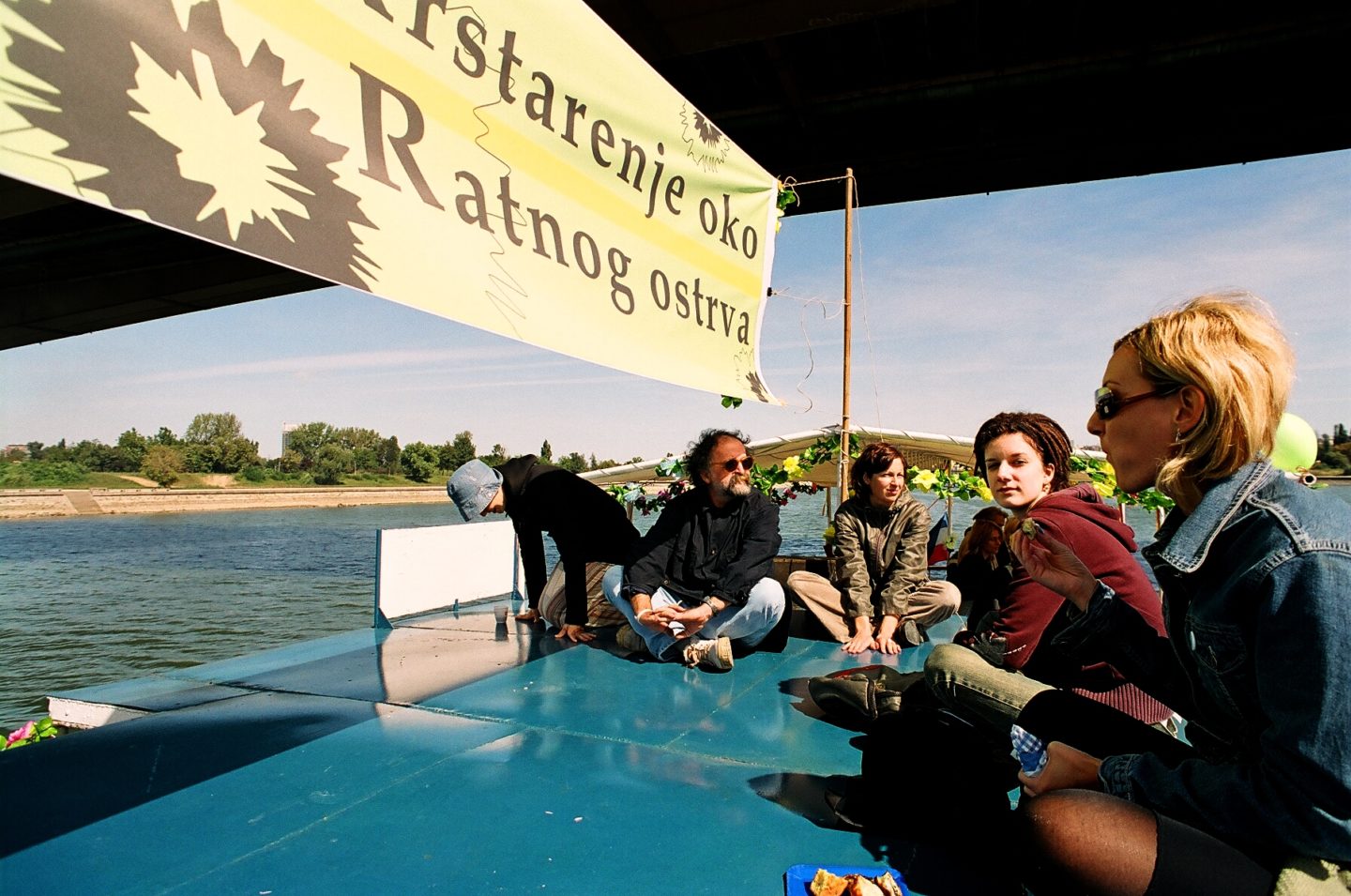 Cruising around War Island was a public project, which took place on September 10, 2004, in Belgrade, Serbia.

It was an attempt to create circumstances, under which the joy of a river cruise on an old, decorated and flagged ship, would in some way break the spell of war memories. War Island is a small island where the Danube and Sawa rivers meet, within the Belgrad city limits.

When I first went to Belgrade in the spring of 2004, I got the feeling people I met and the city as a whole were mired in a depression caused by the war. It wasn’t utter hoplessness, however. Just the awareness of all that was lost and all that must be done to return to normality. Memories of the war and life in the nineties were still very fresh and painful. I wanted to offer people an experience that would allow them to forget about everything for a moment, have some fun and change the meaning of ‘war’ into a game and a joke.

The idea came to me on the coast of the Sava, where I discovered a cemetery of beautiful, old ships; where people – as it appeared – don’t worry about anything, drink rakija and play chess. Unfortunately most of the ships were too old to be seaworthy. After many attempts, I found the Kovin, an old ship in perfect condition, which could be rented out and could take fifty people on board.

I decorated it with plastic flowers, balloons, ribbons and a flag. The flag design underlined the opposition contained in the project’s idea: the flag was green and yellow, but the drawings around the letters Krstarenje oko Ratnog Ostrova (Cruising around War Island) were reminiscent of fireworks or explosions. The cruise lasted for two hours. The ship made nearly two full turns around War Island. People were laying on the roof sunbathing, listening to Serbian jazz and taking advantage of the free meal. 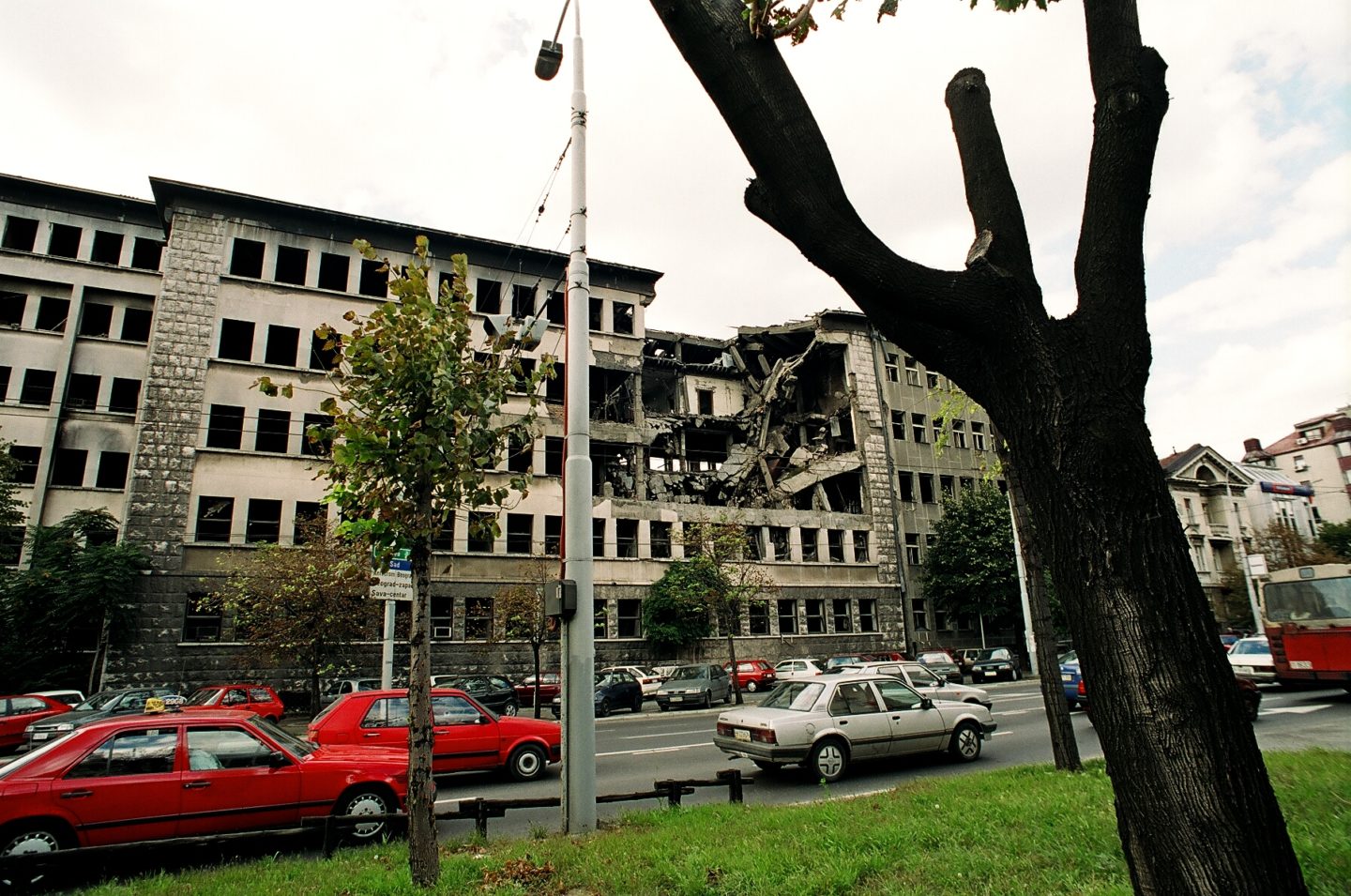 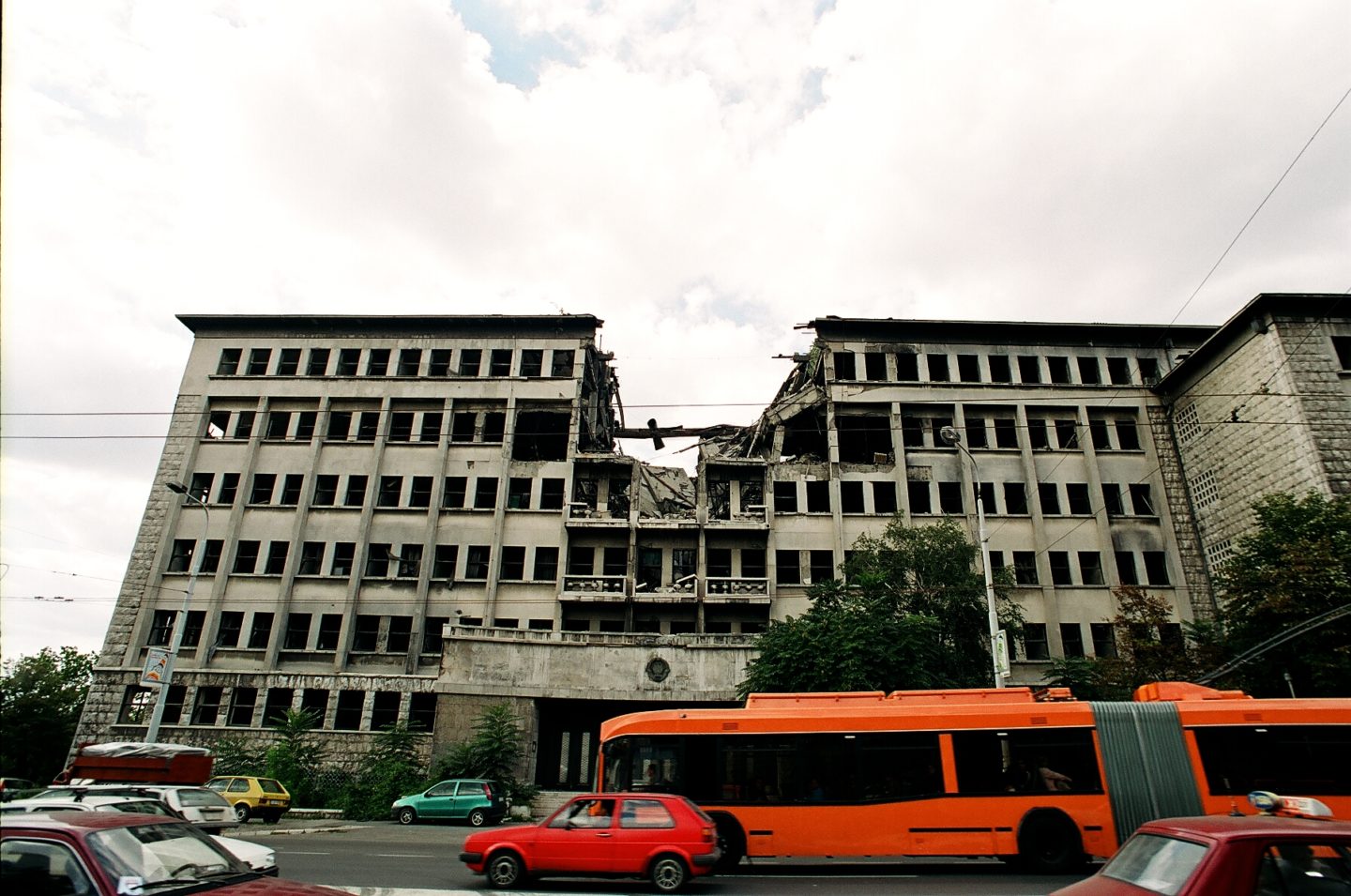 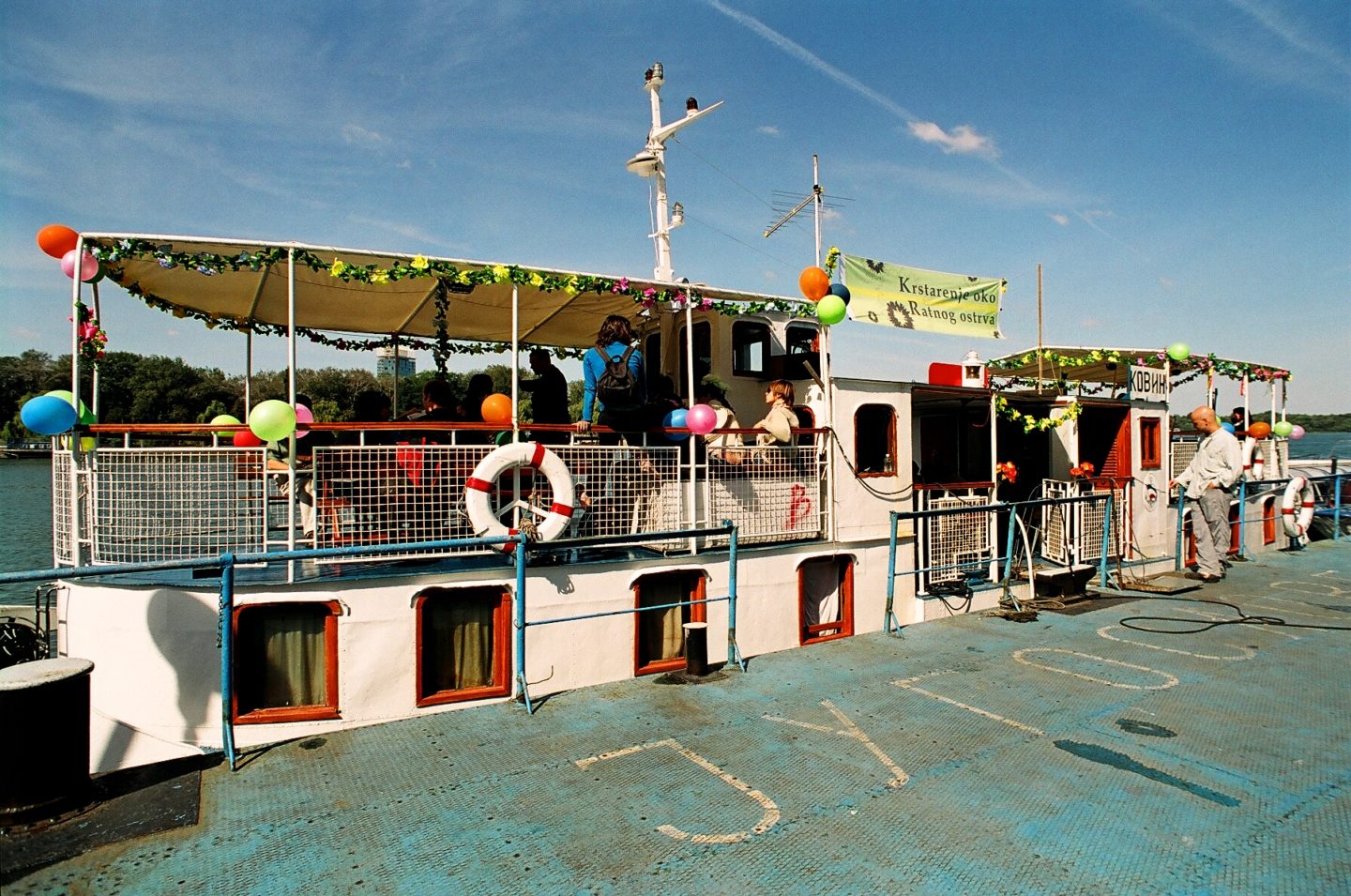 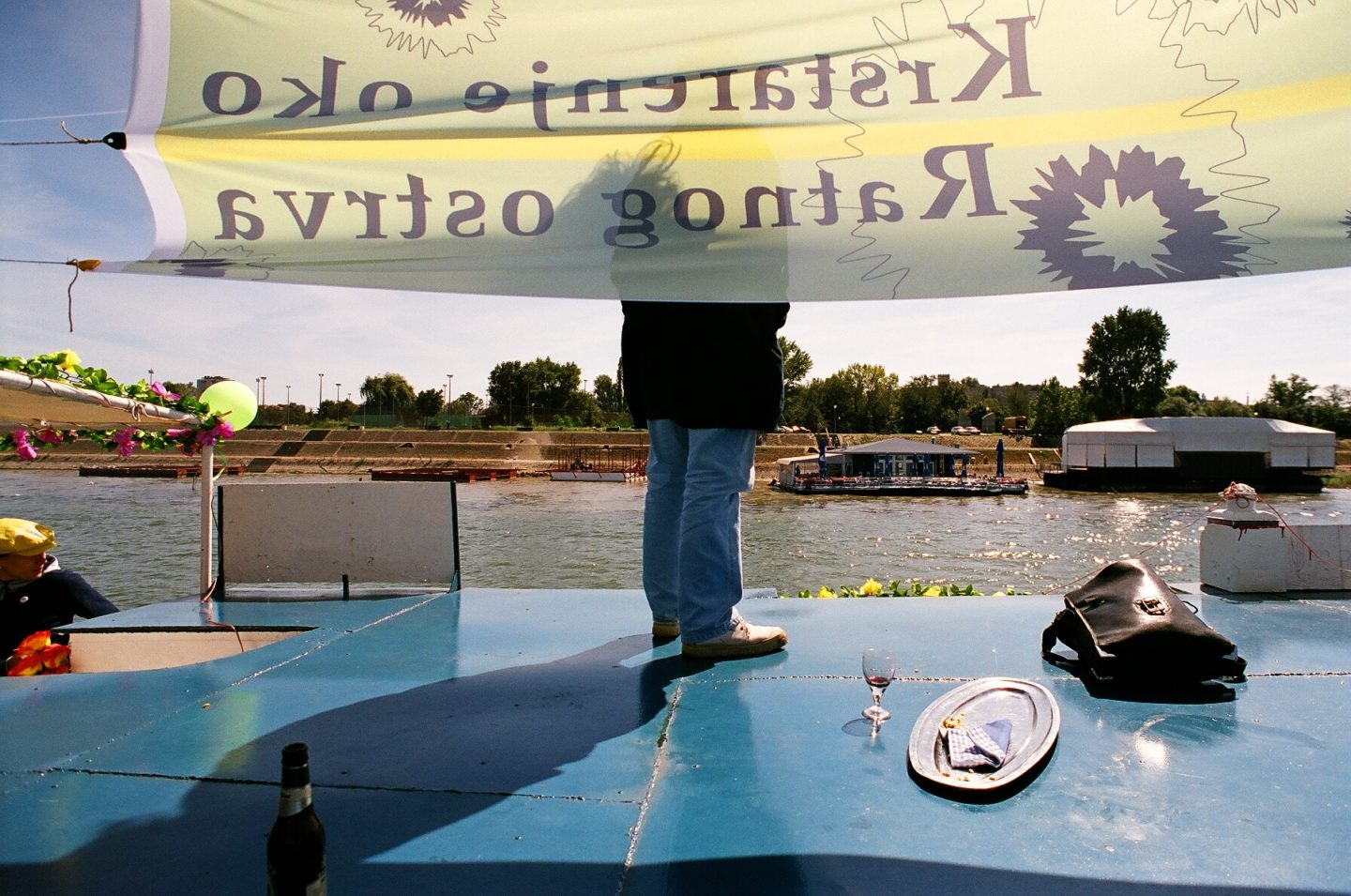 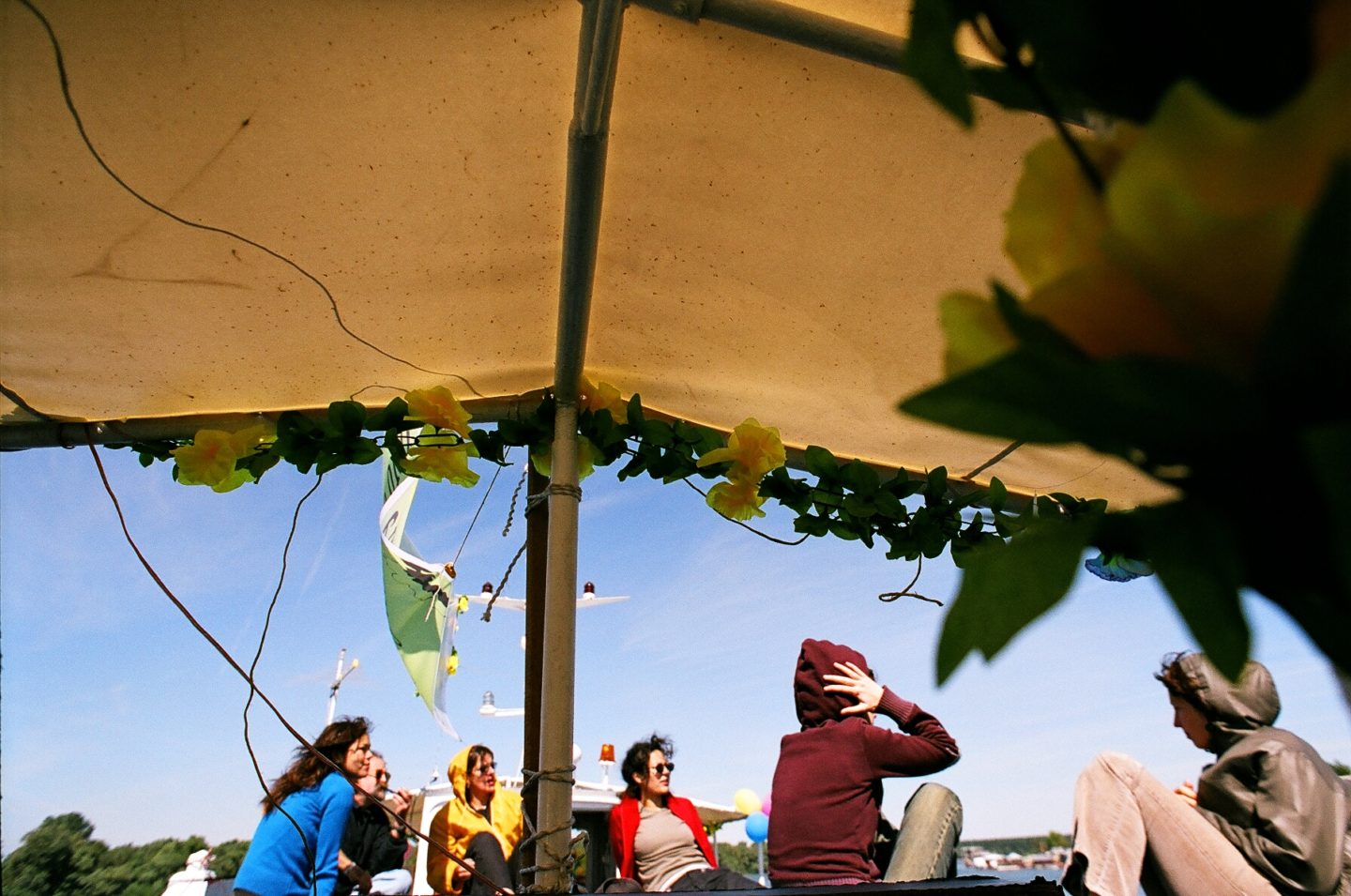 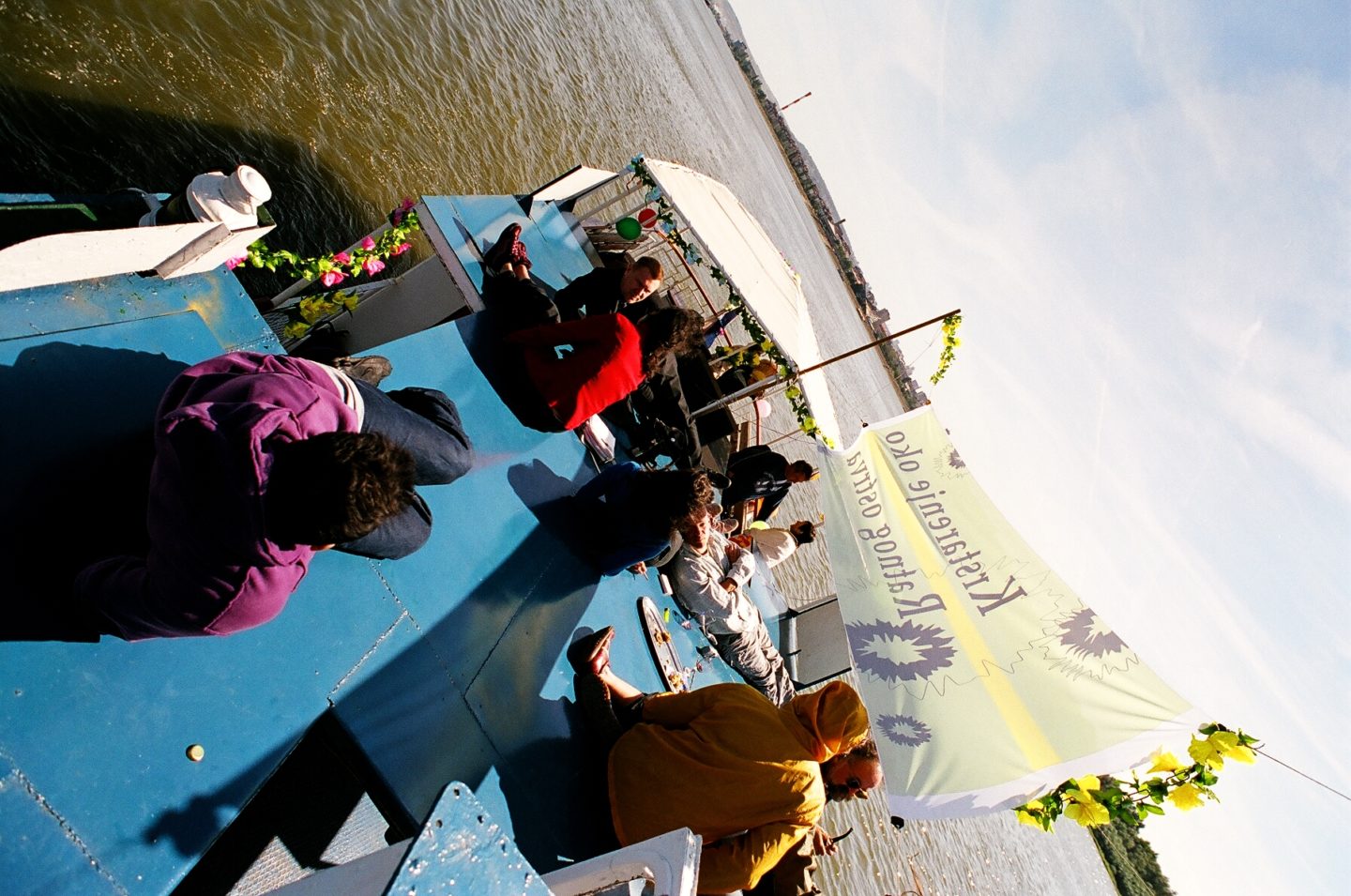 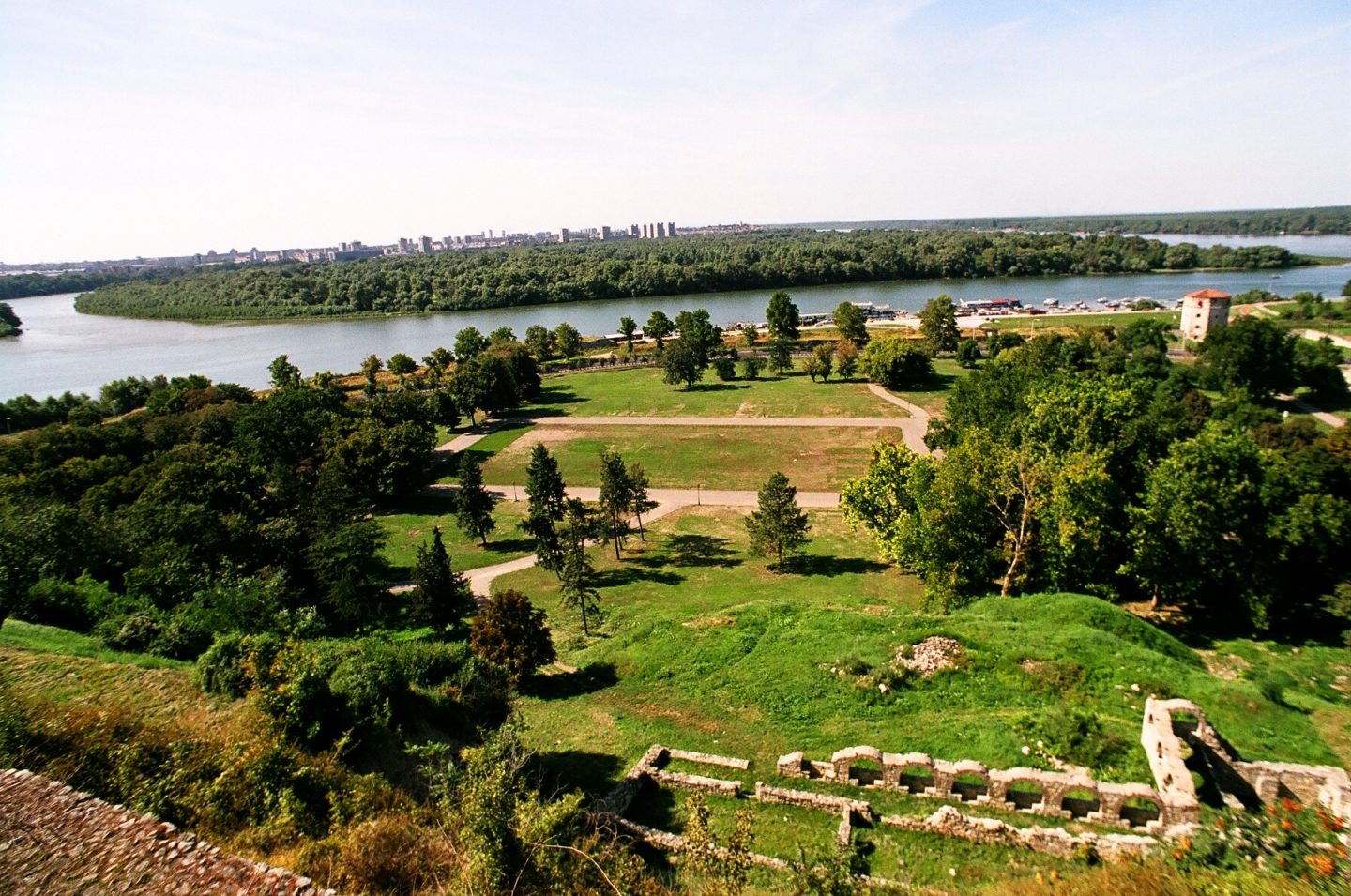 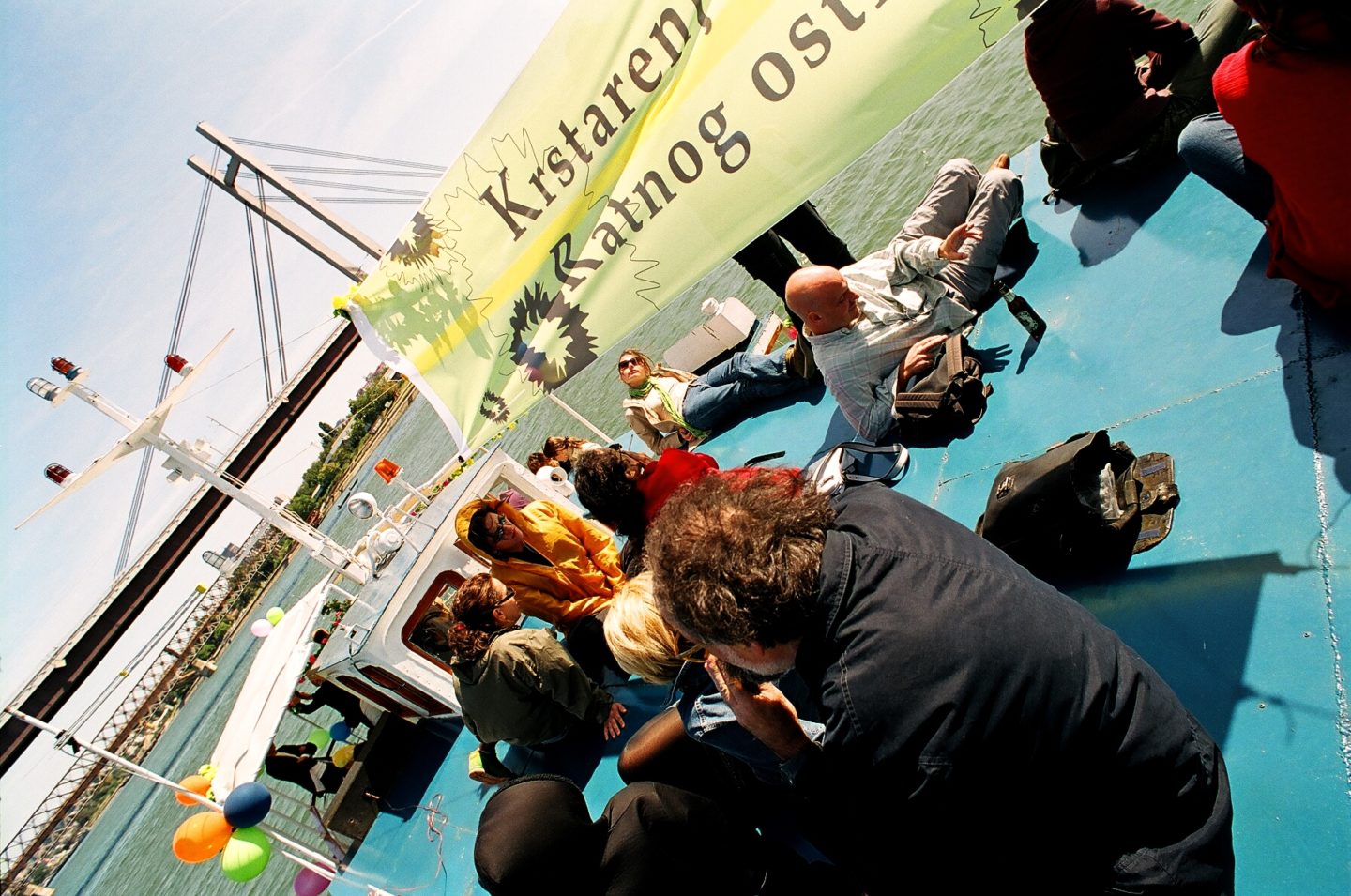 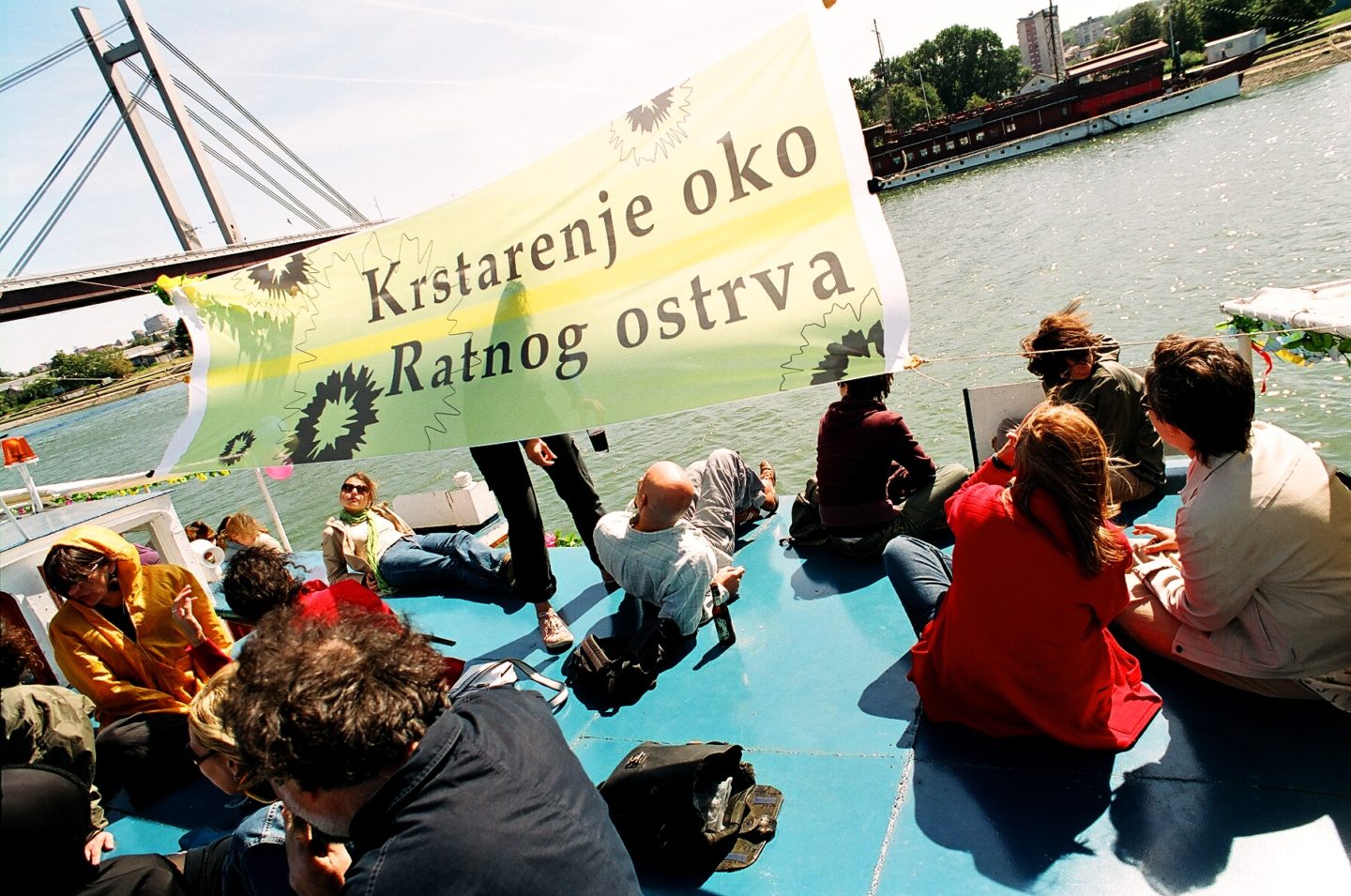 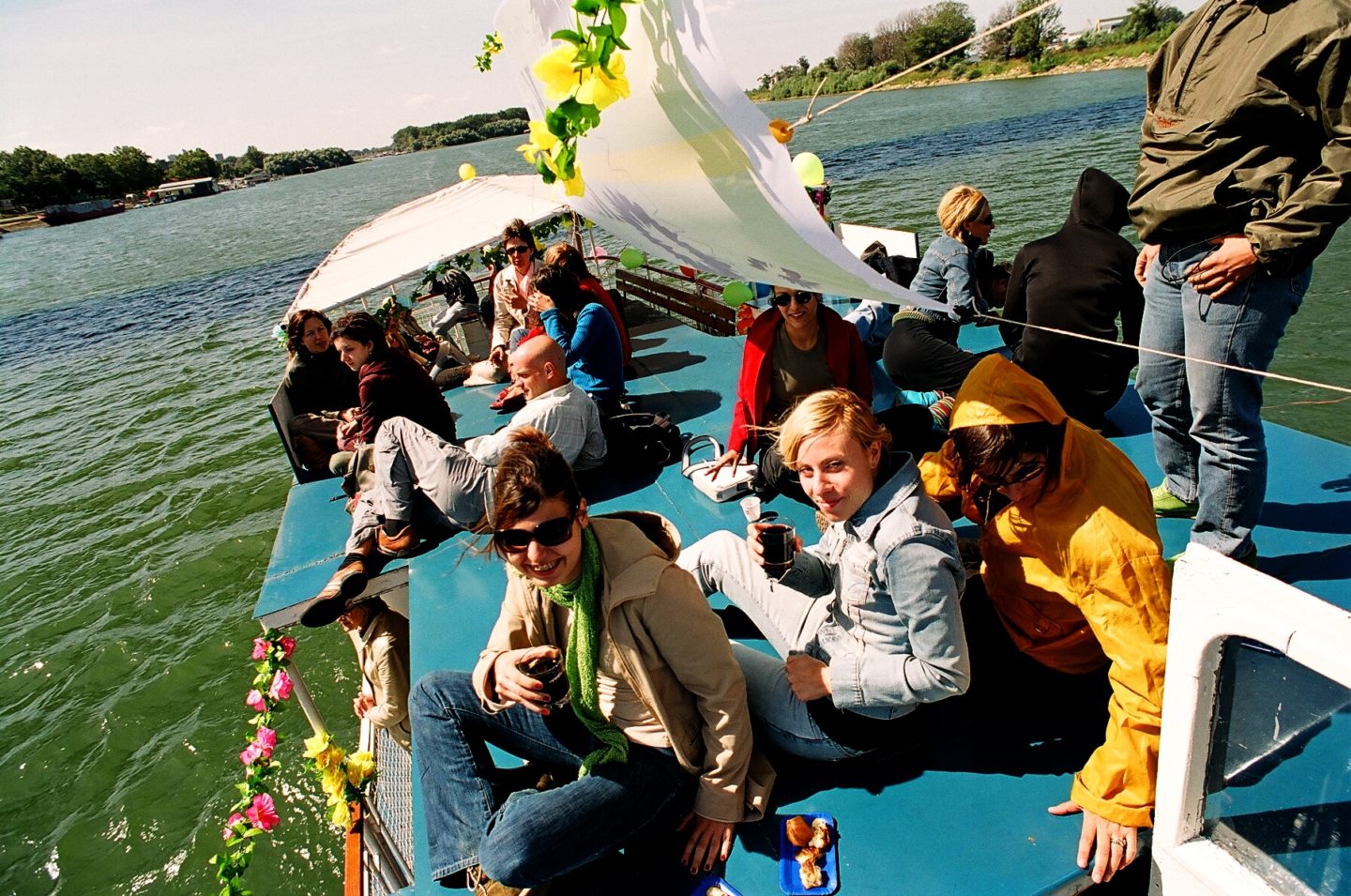 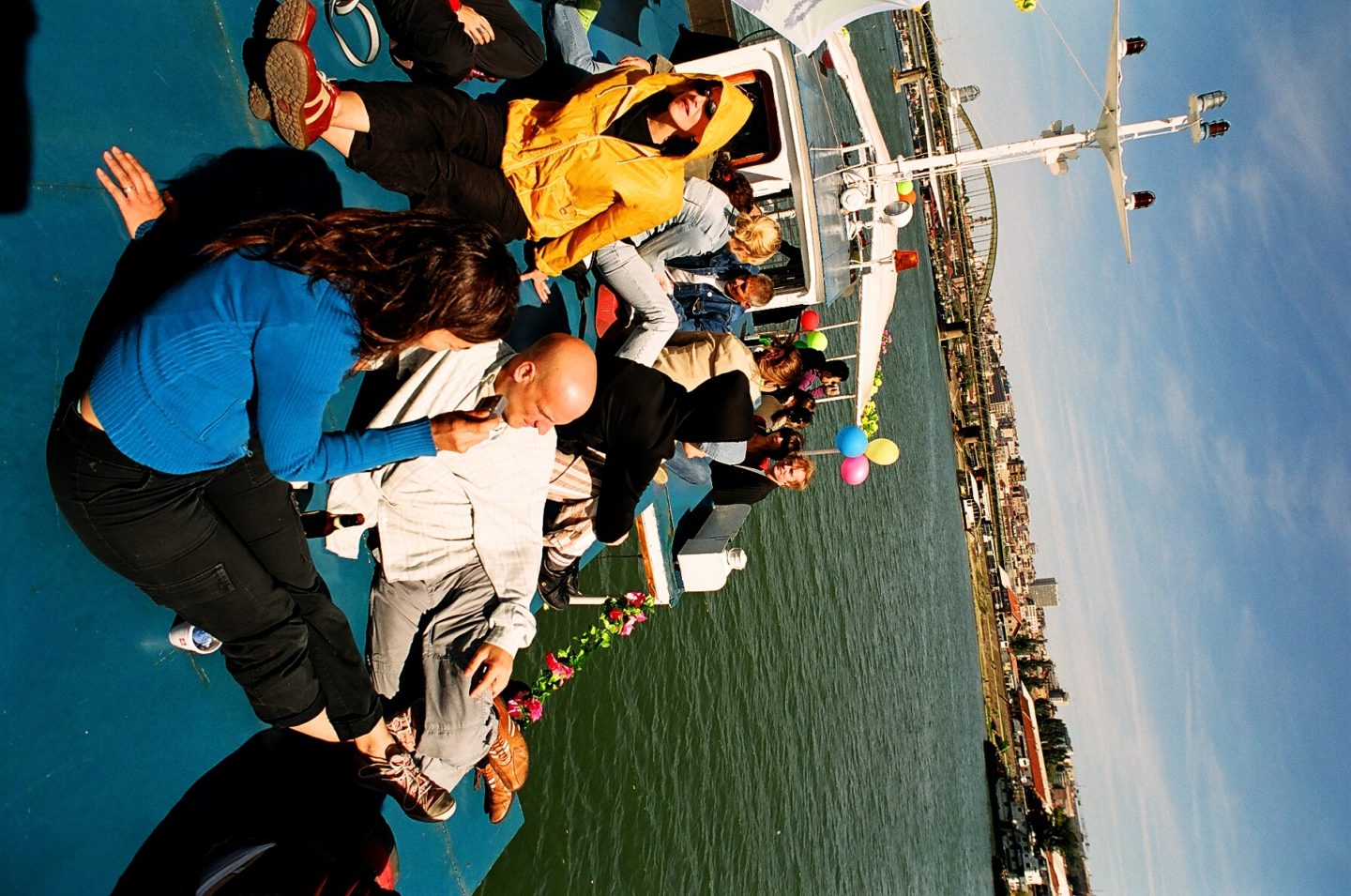 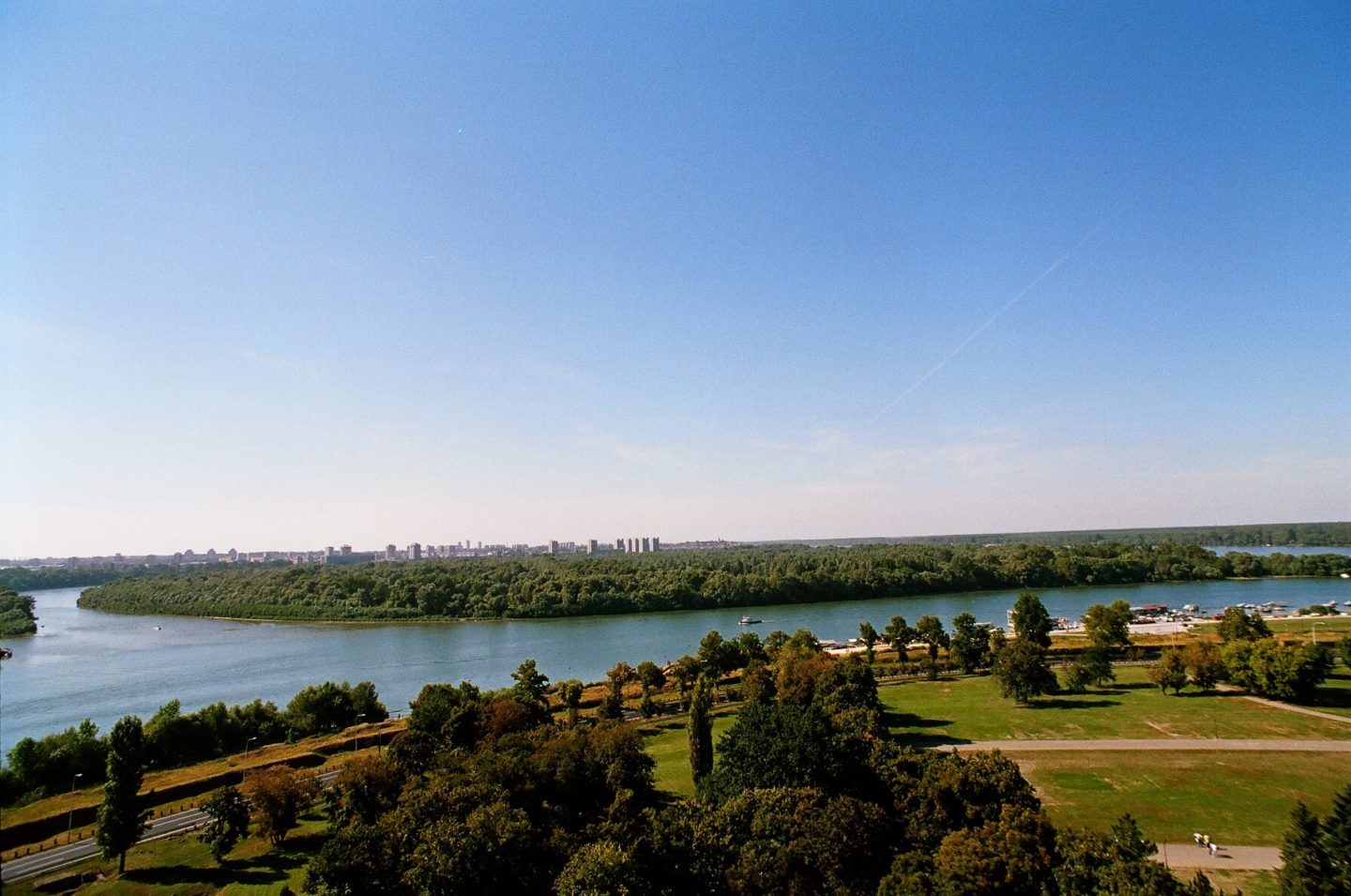 the disused chimney transformed into a minaret, at the crossing of ul. Estkowskiego and Garbary in Poznań, Poland