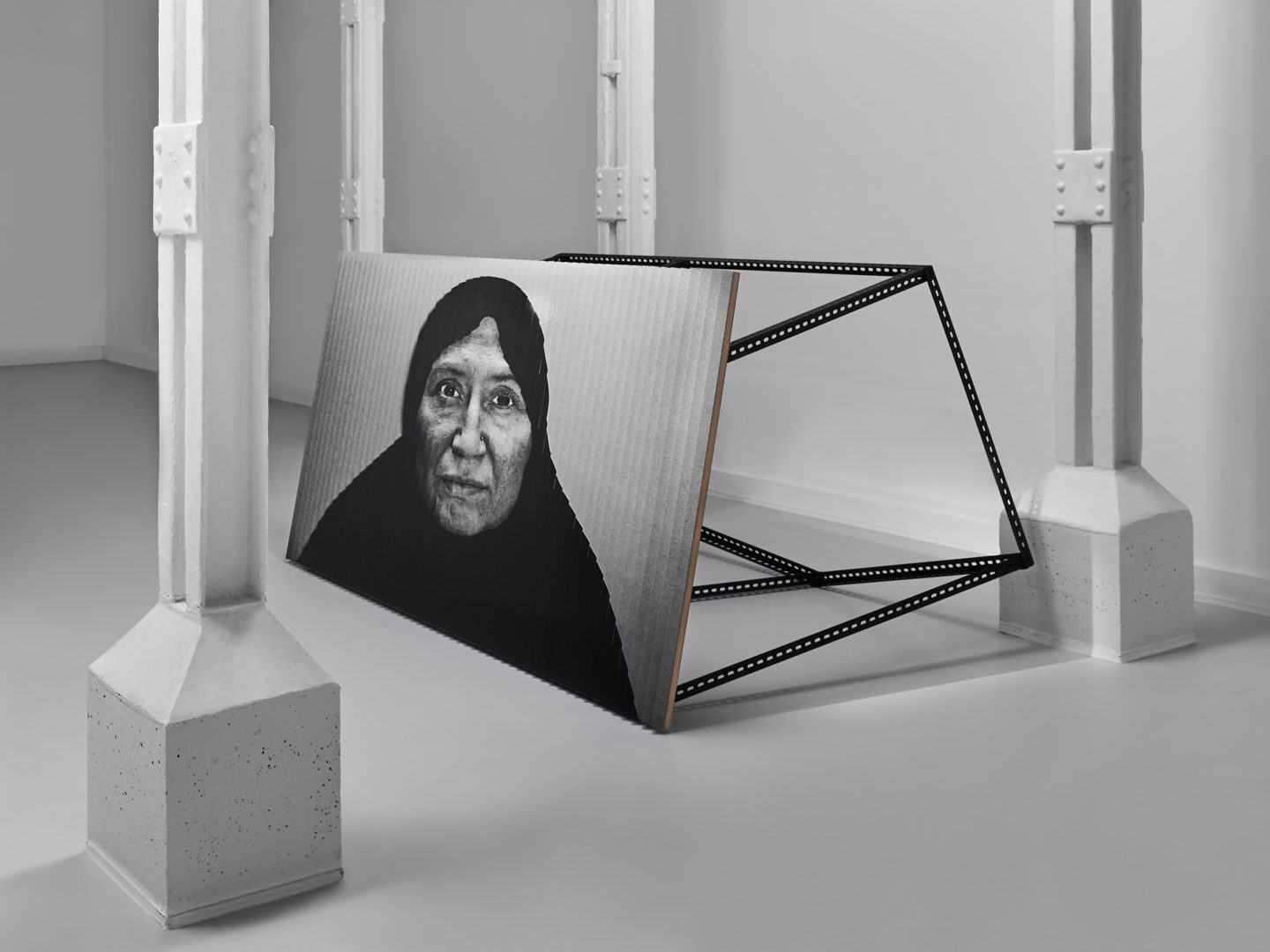 The exhibition does not simply diagnose or recount suicide cases. It describes the artist’s relationship with the women who attempted suicide themselves or sent other women on suicide missions.According to Rajkowska, the essence of the work is “(…) a feeling of inability. It concerns the inability to feel true empathy, the inability to understand a woman (…) who attempts to destroy herself, at the same time terminating the lives of others. My point is that I have never reached such border, such state of body and mind. Sitting in a comfortable European country, we can only feel Schadenfreude, an inner satisfaction these atrocities do not happen to us.”The artist uses photo documentation of suicide attacks over the last decades. Shot in Indonesia, Russia, Israel or Pakistan, the photographs are juxtaposed with nearly identical images featuring the artist’s living body in the place of the remains of the victims. Rajkowska uses a modified rotating billboard technique, whose “predecessor” was a “simultaneous” image of two saints, painted on both sides of a concertina-like shaped wooden panel. Instead of layering the images in a photographic collage, such technique emphasizes the difference – in order to see it, you need to change the point of view.

“When I “lend” my body to the woman whose body was torn by an explosion, I do not do it for real. Photoshop allows the illusion of presence at the site of the suicide attack; the lighting is set up for the photo shoot, but in reality I am not – and will not be – there. While working on the photo, particularly during the photo session, I realize the difference, the distance and the inability to participate in the act. Art neither brings anything closer nor does it help in anything or “lend” the body. The only thing that really happens is an act of a profound difference. “(Joanna Rajkowska)

The Suiciders are devoid of any ethical imperative, they do not pose questions about the value of life or suggest better solutions, they do not reflect on the complex reasons for the dramatic decision to take one’s own life or the lives of other people.

A Tourist in Other People’s Reality
15 June – 29 September 2013, Investigating the archives of Vestry House, London