This project is dedicated to those who were unable to cross the border.

Curator: Monika Branicka
The project was commissioned by the Wielkopolska Society for the Encouragement of Fine Arts in cooperation with the VOX-Artis Foundation and Estrada Poznańska
29th June until 1st September 2022 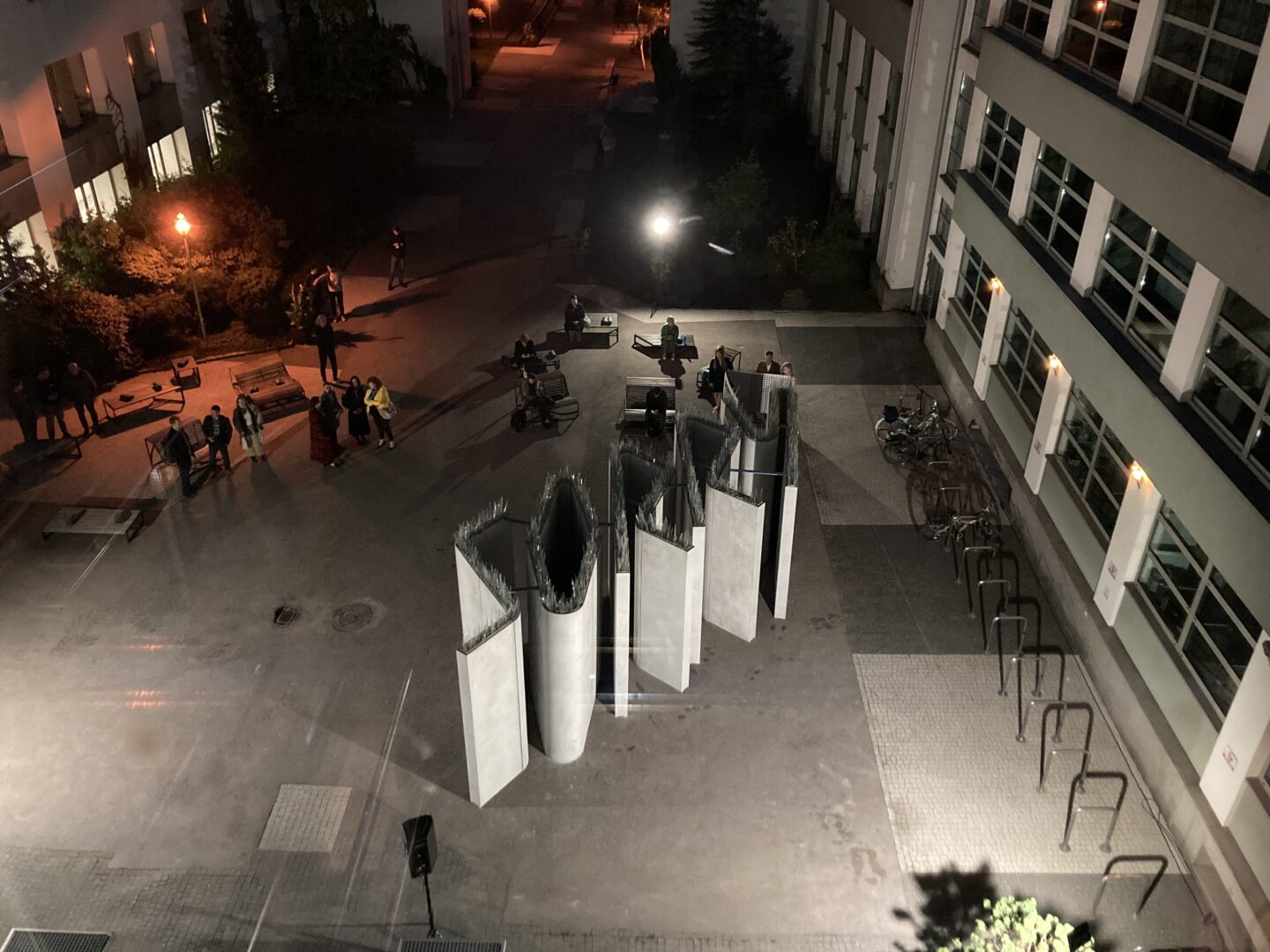 SORRY, Joanna Rajkowska’s latest public installation is a concrete wall topped with shards of glass, as found in well-guarded border areas. The labyrinth-like sculpture forms an insurmountable physical barrier. Only from the perspective of a bird’s-eye view, it becomes evident that the wall is arranged in the form of the word SORRY. 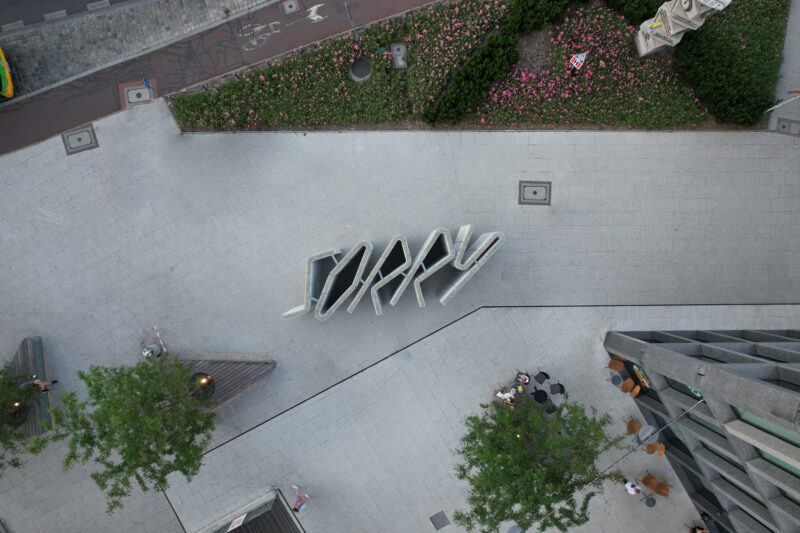 SORRY concerns the European treatment of refugees, but reflects particularly on the ongoing migrant crisis in the Eastern Europe, where the tragedy of thousands of people trying to cross the borders with Belarus is unfolding. In all of this, the root cause of migration – the colonial legacy, the continued draining of money and resources, the exacerbation of wars for advantage and profit by the West, and, increasingly, the climate crisis – are seldom, if ever, mentioned. 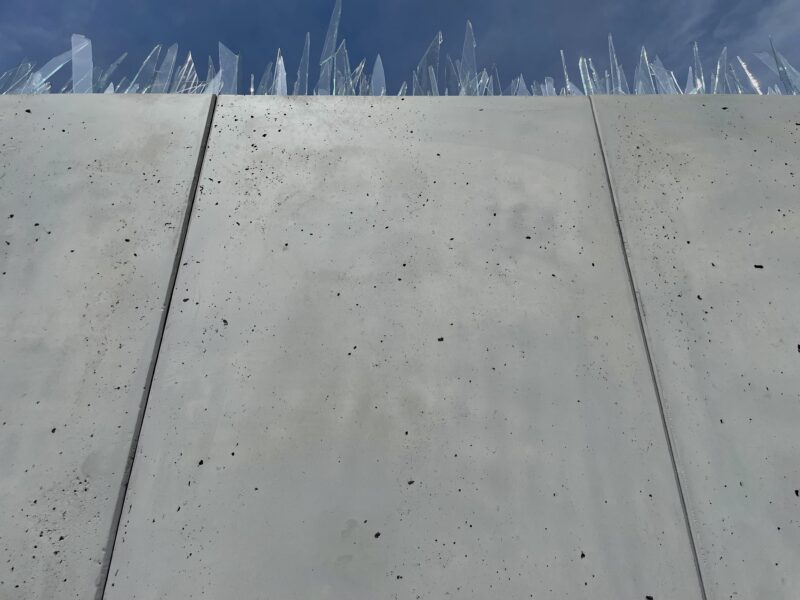 As Joanna Rajkowska explains: the SORRY project was born of the feeling that since the Holocaust, we, as a community, have not experienced a more difficult moment testing our maturity, responsibility and solidarity.

SORRY is derived from reflection on two positions on the refugee crisis: the position of a safe distance and that of perilous direct experience. The first is from above, from a drone or a tall building that is, in all cultures and all times, a symbol of power, hierarchy and control. Those in control see the world from above as a map, a playground, the layout of which is usually inconceivable from down below. The latter is from the ground: it is ‘naked’, based on the senses, on the physical possibilities and limitations of the human body. 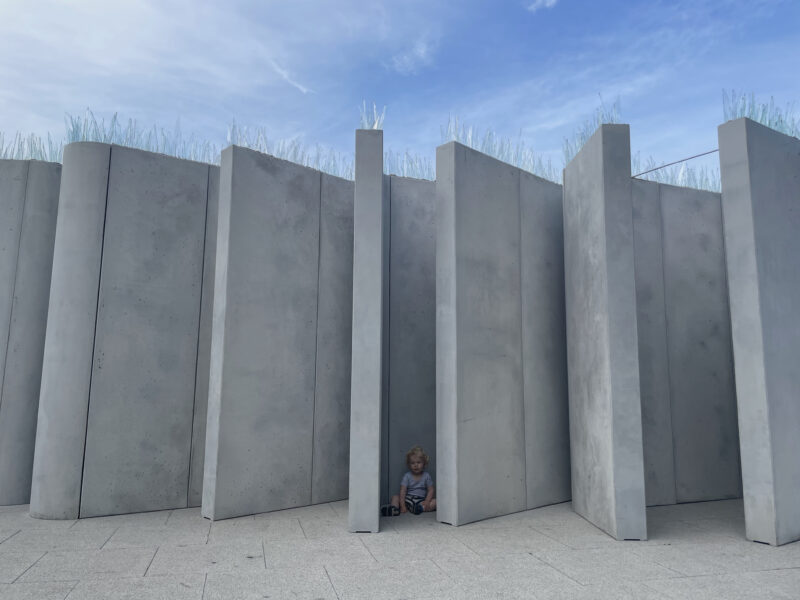 The sculpture appears to create a labyrinth but, rather than allowing the passage of the daring, it prevents the flow of people. The glass fragments visible at the top make explicit the function of a dangerous barrier. Seen from above, from the upper floors of buildings nearby they will be seen to form an elegant inscription with a delicate, pretty lace of glass glistening on the top. Only then does the word SORRY become readable – just a polite phrase, understood in almost every culture, somewhat sanitary, and without any emotional nor existential charge. Does “SORRY” really apologise? It depends on the point of view: the hidden meaning of the sculpture, incomprehensible to an ordinary passer-by, can only be read from the windows of tall buildings or from the air, from a position of knowledge and power. From there, words of apology are uttered very rarely.

“SORRY” is a kind of mirror and a work of conscience. It is intended to introduce viewers into a situation of embarrassment and an emotional trap in which they face the sad truth but do not know what to do with it. It is also supposed to make their feeling of comfort turn into discomfort, because they are forced to ask themselves uncomfortable questions for which there are no answers or which seem too difficult.
It is a cruel project about how Western societies have lived for generations on the credit of the environment, other cultures and future generations. And the fact that our model of the world is burdened with a fundamental error in that it assumes continuous exploitation of an environment of unlimited resources. As a result, our lifestyle generates a series of deep ecological, economic and migration crises that cannot be stopped.
As Rajkowska says: – In SORRY I managed to make one of my dreams come true and create an anti-monument. I don’t know why we don’t put up anti-monuments to various shameful alleys of human history, collective mistakes, shared stupidity. Embarrassment is a powerful force.” 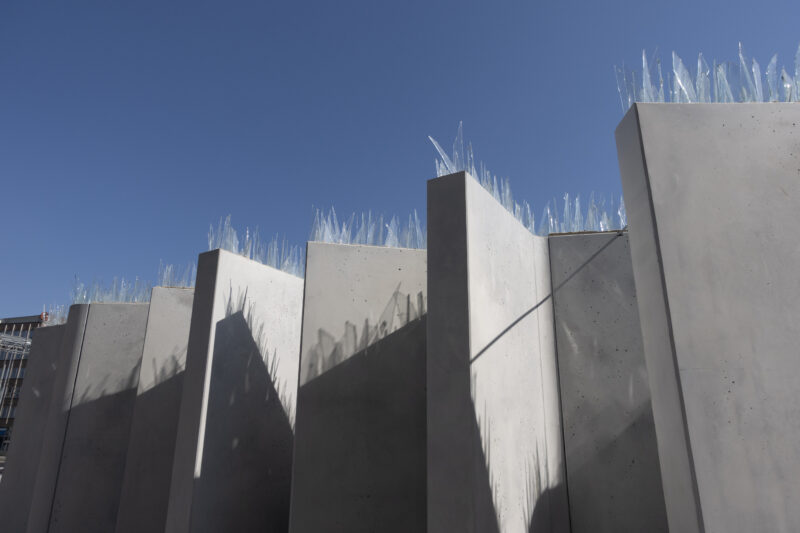 In 2021 the Polish government decided to build a wall on the border with Belarus to stop the influx of refugees from war-devastated countries such as Afghanistan, Yemen, Syria and Iraq. These migrants were invited by Belarus on false pretences, and were deliberately denied medical and legal assistance. Therefore, the situation on the Polish-Belarusian border turned into a humanitarian disaster. Since mid-2021, people have been dying at the EU border, i.e. “at our door”, due to hypothermia, exhaustion and hunger.

Anna Iasmi Vallianatou, a lawyer and fellow at the international affairs think tank, Chatham House, argues in the Guardian: So long as EU countries do not respect asylum laws and continue to treat refugees with hostility and violence, countries such as Belarus, Morocco, and Turkey will continue to exploit its fear of migration.

United Nations Human Rights and migration: Human rights violations against migrants can include a denial of civil and political rights such as arbitrary detention, torture, or a lack of due process, as well as economic, social and cultural rights such as the rights to health, housing or education. The denial of migrants’ rights is often closely linked to discriminatory laws and to deep-seated attitudes of prejudice or xenophobia. 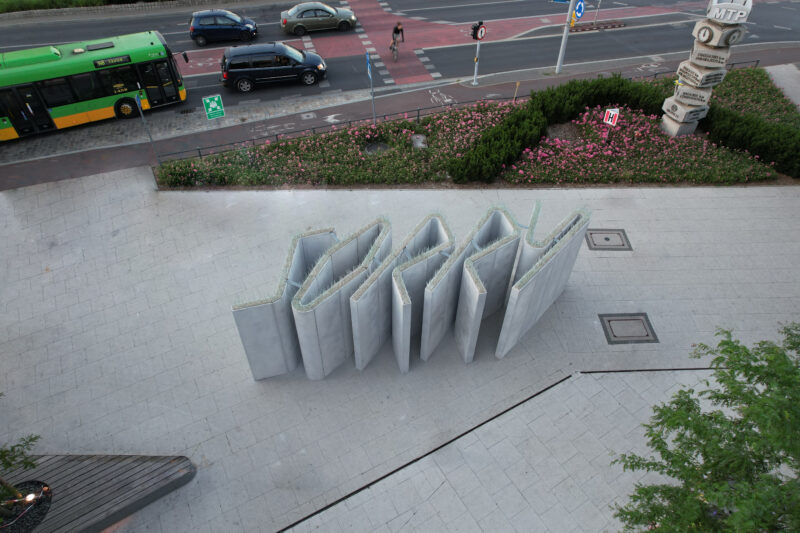