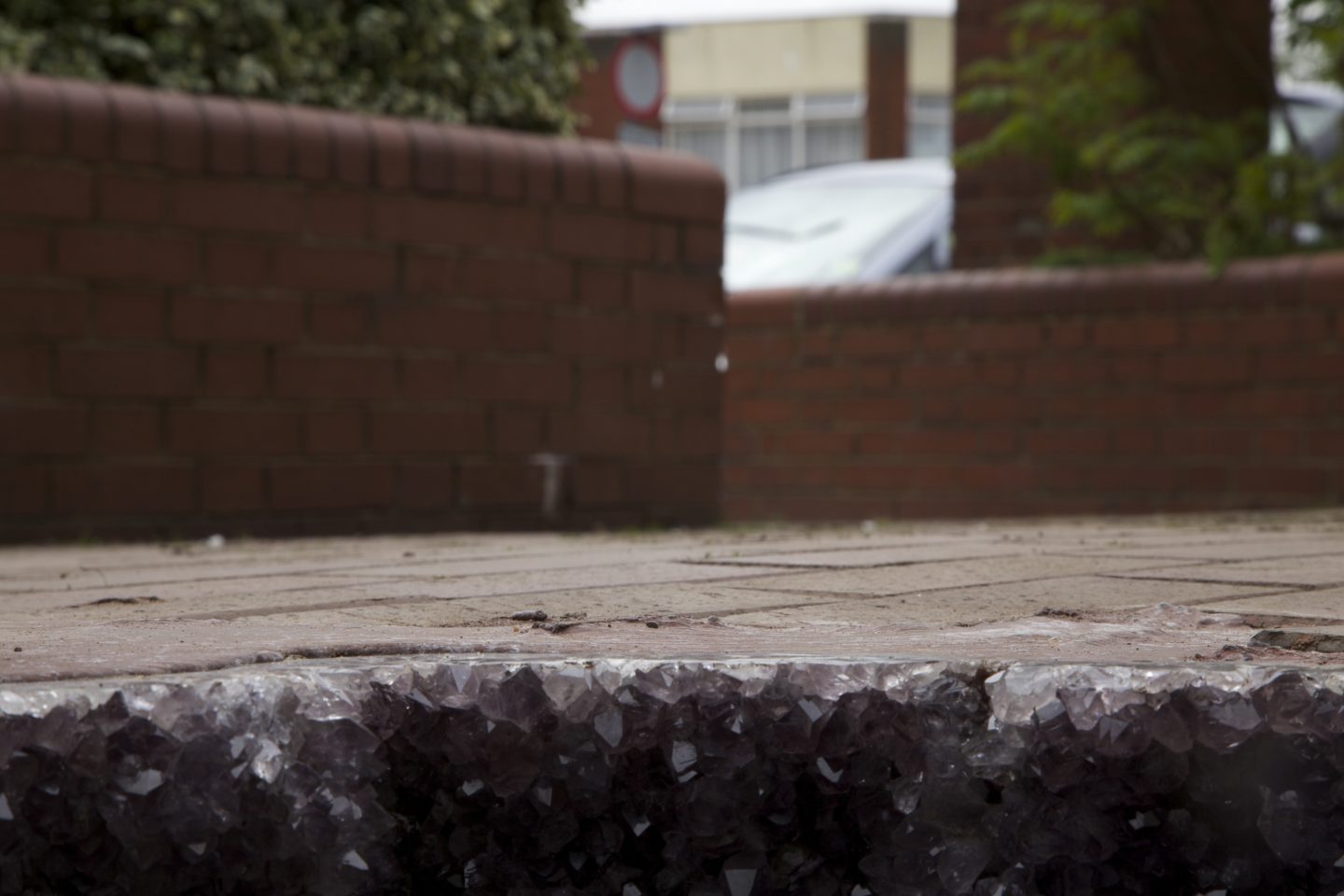 Soon Everything Will Change was a public project for Erdington, district of Birmingham in June 2014. It was launched with a performance by musicians from the Waste Paper Opera Company*.

The core of the project was a large crystal formation that was installed in the patio area near Erdington Library. The crystal originated from Brazil, a place recently visited by the artist. Fascinated by the country’s fusion of different kinds of beliefs, spiritual orders and rituals she decided to bring a large Brazilian crystal to Erdington to establish a temporary chakra there. The meaning of chakra was twisted in this project – a spiritual centre in the human body, was also understood as a point of high energy in the organism of the city.
Rajkowska devised a site to subtly affect human bodies, suspend logic and introduce new social rituals, themes she has previously explored within her practice.

The title of the work Soon Everything Will Change came from the notion of an impending crisis with a strong and unsettling sense of transition. “Climate change happens alongside the melting of belief in the rationale of the Enlightenment legacy of European culture. These changes are happening globally and cross-culturally. What we need more than anything is a wonder, a supernatural phenomenon” said Rajkowska.

Soon Everything Will Change was not a site-specific installation but rather a travelling, global device – a mobile chakra. Installed in the public space, it discreetly glowed for everyone. Aside from the function intended by the artist, the public invented their own reason for its presence. Its ambiguous status as a ‘jewel’, healing object, street wonder and above all a sculpture questioned the pragmatic definition of public art. It was an object that disarmed, shifted the imagination and mesmerised the perception and perhaps really became a chakra, a focus of energy for the district.

Here, you can watch a short film about the project.

Soon Everything Will Change — Joanna Rajkowska