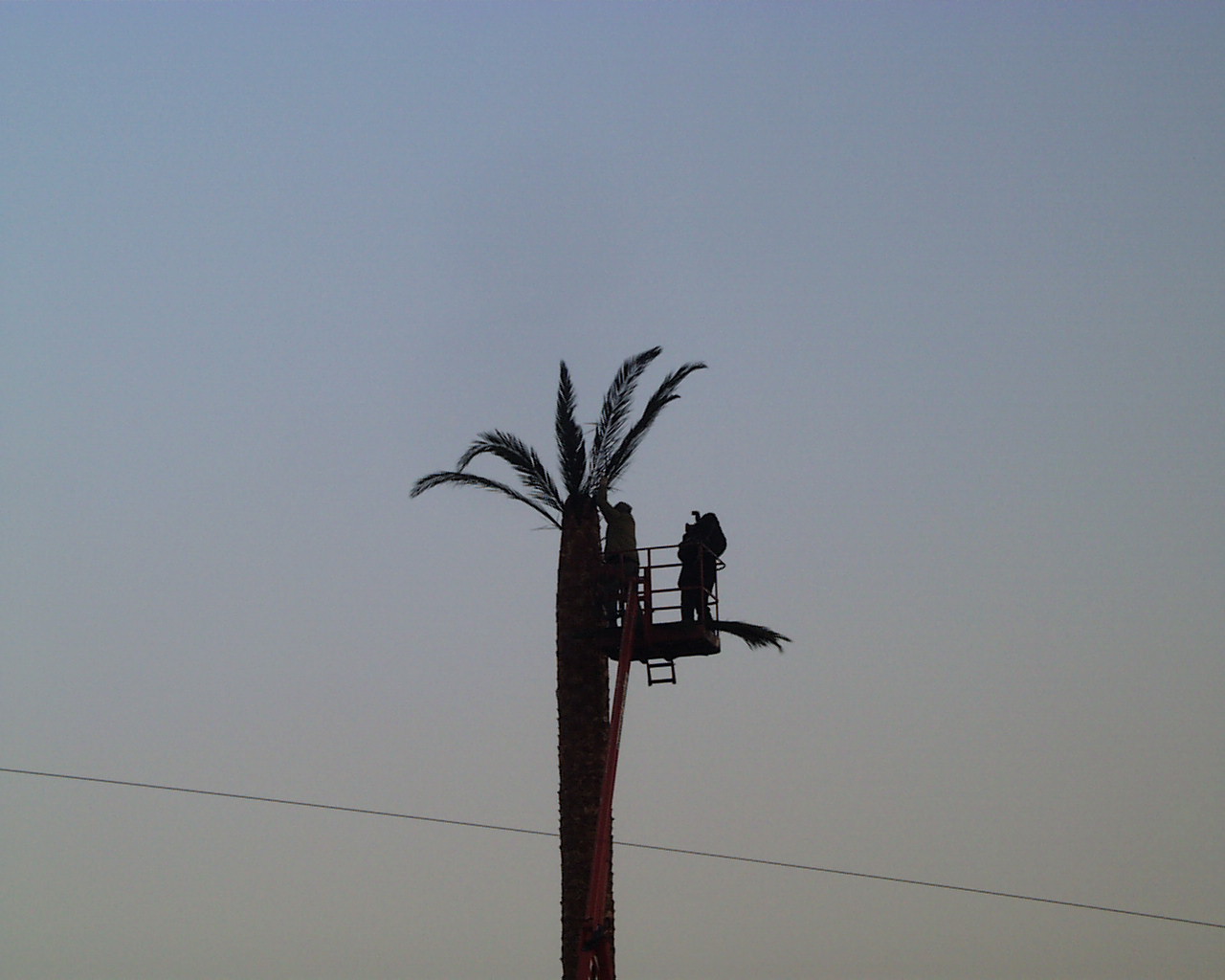 But it is still terrible rather than funny. The institutionalisation of memory is being carried out in Poland with such an intensity that you can actually forget about the present. And also about the proper functions of memory, long instrumentalised. The problem’s aesthetisation only sustains the illusion of a difficult issue being solved; the superficial repetition does not relieve the tension of memories and does not make it possible to go forward; the hollowed out past lacks its natural filling, the present. ‘The formation doesn’t want a return to health, instead fulfilling itself in obsessively gaping into an open wound,’ is how Joanna Tokarska-Bakir writes about the phenomenon of post-memory, i.e. trauma acquired, someone else’s, being ‘part of the experience of those who grew up in the shadow of accounts about events that had taken place before their birth’2. The function of depositaries – weaker than the function of witnesses but supported with the monopoly of power – makes it possible to nurse the illusion about an objective, linear, and pure vision of the Polish past, uphold the rickety foundation of authority.

But memory does not work that way. Shrubby, disorderly – to use the words of Gilles Deleuze and Félix Guattari – it has ‘neither beginning nor end, origin nor destination; it is always in the middle’3. It is not a frozen frame but rather an open accumulation of constant shifts and transformations. It is not a rigid genealogy but rather an open, flexible construction, a map with an infinite combination of roads and paths. Each repetition results in a reconfiguration of the whole or its selected fragment. Idle reproduction is replaced by change – a creative working through of trauma and a genuine, living communication between the past and the present.

Joanna Rajkowska’s project Leave It is precisely such a rhizome, a meditation on memory that has ‘neither beginning nor end, origin nor destination; it is always in the middle.’ The exhibition attempts to demonstrate the illusoriness of the possibility of arriving at some single genuine, dominant version of that which was, determining that which is. Linearity is, of course, what we strive for – that is the structuring culture we live in, that is what the textbooks, encyclopedias and family albums teach us. Only this artificial, conventional settling of memory is precisely that which the artist wants to break away from. On the one hand, she recounts a sense of fatigue with stuffiness, the nauseating claustrophobic surfeit. On the other – she discovers the need for a conscious existence here in and now, an existence based on navigating harmoniously between that which was and which is only to be. Without setting any artificial caesuras, hierarchies, divisions that stimulate negative emotions.

No wonder, therefore, that Polish-Jewish relations – one of the most difficult fragments of Polish memory – are the main point of reference here. Still unprocessed, entangled in a frozen past and a blocked present. This is confirmed by an ever more perceptible tension related to growing anti-Semitism or the phenomenon of the Judaisation of homosexuals in the public discourse. But also to the one-sided attitude of Jews visiting Poland who perceive the country solely as a great, grim cemetery. It is difficult to build relations based on mutual understanding on such a foundation. The problem is that there is virtually no difference between uncritical glorification and a desire to forget. Both amount to constructing a world in which there are no doubts, in which things are ‘cool.’ Leave It is about the fact that it is not cool at all.

In the consecutive projects comprising this exhibition, the artist performs several operations on memory. She starts with the simple act of dispersing the individual works across the space of the Ujazdowski Castle, squeezing them in between other exhibitions. This serves to performatively break up linearity, to play out the shrubby mechanism of memory, to dynamise it in the process of the viewers’ direct contact with the works. The Ujazdowski Castle’s architecture itself makes it possible to exit a closed, unambiguous system and open it to individual approach paths and interpretations. The gallery space thus becomes a great kaleidoscope, a mosaic of an indeterminate pattern. The exhibition thus also enters in a relation with its own context in which it is shown: an institution often accused of linearity and of preserving an arbitrarily determined cultural memory. The resulting structure is, of course, more difficult for the viewer to grasp, less clear, creating the risk of ignoring, or, to the contrary, repeating, something. That, however, is part of the project: this is how memory works.

The fragmentation applies also to the space of interpersonal relations. Picked by the artist out from the kind of commemorative tunnels in which they existed so far, separate, distinct, the various languages, narratives and realities start clashing with each other. That creates an opportunity for meeting, for tying knots facilitating communication between different modes of memory and identity.

Does Rajkowska succeed in that? Does her intervention method, opening up new situations, result in a genuine engagement, keen discussion? Looking at the projects presented as part of Leave It, we see clearly they exude neither optimism nor any naïve belief in the possibility of changing people or the world around us. What dominates instead is a cool, not to say cold, distance, making it possible to view mechanisms that usually remain hidden. But there is also a strong sense of the possibility of failure written into this extremely risky, at times sadomasochistic project.

For the artist pulls out of the recesses of memory and brings to the surface, to public scrutiny, deep layers of aversion, negative emotions, communication misunderstandings and fixations. Like in the story about the De Gaulle Roundabout palm tree (Greetings from Jerusalem Avenue) which, instead of connecting, unexpectedly divided Warsaw’s social space for many years. The artist manages thus to reveal the various Others of the Polish memory, repressed parts of ourselves, our complements – and that undoubtedly where her project succeeds. Those Others could serve as a mirror for us, a ‘tribunal of all reality – to debate, falsify, or verify that which [we] think [we] see’4, opening us to that which is possible. That potential is particularly evident in the work Patriotic Literature where anti-Semitic publications, moved from a bookstore in the basement of a church at Grzybowski Square and placed in the public space of a culture-promoting institution, in fact reflect ourselves, enchanting reality and only confirming our own image. The question is whether we have not gotten overly used to living with our demons. And whether that is why, as usual, nothing happens. Because generally nothing happens. Even though we would like for something to really happen. Like in the film Maja Gordon Goes to Chorzów whose protagonist, despite her numerous declarations to be willing to subject herself to vivisection, is able to access her memory only in anecdote, hiding behind the same facades and masks as usual.

So shouldn’t we perhaps shake the artist instead, shouting, ‘Rajka, leave it! Let it be!’? The answer depends on your expectations. Spectacular effects, in the shape of cleansing the ruins or extricating ourselves from memory, should not be expected here. Nor is that the point. It is worth, however, to take a close look at the seemingly insignificant, virtually imperceptible shifts that the artist performs entering in the consecutive situations marked with spoiled memory. Seemingly repeating past negative emotions – like in the films No or Upwards! – she in fact turns them inside out. But ‘which way, which way?’ one could ask after Alice in Wonderland, who sensed, as Deleuze and Guattari piercingly noted, that it was both directions at the same time because all interesting things happen at the border. Demonstrating that those places are part of ourselves, Rajkowska transforms their energy, leaving in them a slightly different overtone. An overtone giving the people affected by her action the opportunity to forget for a moment about their hitherto obvious roles of the ‘tourist,’ ‘inhabitant,’ ‘stranger,’ ‘anti-Semite,’ ‘being from here,’ ‘being not from here,’ to leave them behind and be simply themselves.

1 Amos Oz, Opowieści o miłości i mroku (A Tale of Love and Darkness), Wydawnictwo MUZA SA, Warszawa 2005.
2 “The Topos of the Ruins,” Krytyka Polityczna no. 7-8/2005.
3 A Thousand Plateaus: Capitalism and Schizophrenia, University of Minnesota Press 1987.
4 Ibid.

Flying with a Millstone Around the Neck
2006, Joanna Rajkowska talks to Kaja Pawełek, curator of Oxygenator