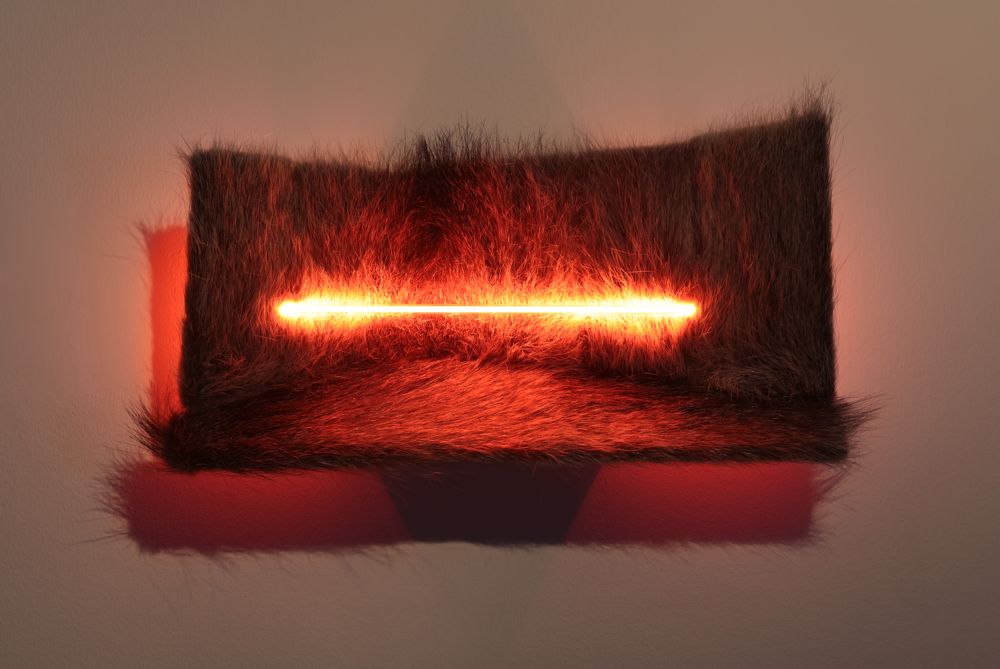 Rampa is pleased to present ‘Painkillers,’ the first solo exhibition of Joanna Rajkowska’s (Poland, 1968) works in Istanbul. Following her show at SALT Ulus in Ankara in the Fall of 2016, this exhibition acts as a supplementation, further delving into the artist’s specific exploration of ideas around warfare, censorship, and pharmaceuticals, and the many ways these all seem to corruptly coalesce.

‘Painkillers,’ epynomously named after her sculpture series—Painkillers I & II, from 2014-15—includes video, sculpture, and neon works dating from 2014 to today. In Painkillers I & II Rajkowska recreates life-sized and life-like weapons using powdered analgesic. In using actual medical materials to create these objects, these clean, pristine and white weapons literalize the paradox of our Capitalist world. We are obsessed with painkillers in our daily life, and with a little digging we realize that the very same corporations that are supplying us our anti-depressants are also involved in war and weapons development and trading. Rajkowska’s interest in such dichotomies spans centuries, from the smallpox infected blankets given by British settlers to Native Americans, to the bio-warfare of today. Progress (2014), a video Rajkowska made in relation to the Painkiller series will also be on view, in which a young girl recites the names of increasingly complex forms of weaponry, forming a peculiar history of mankind’s progress. For Rajkowska, the Painkillers series represents our human body’s relationship to these instruments that are related to war or killing, and she asks us to stand beside the works as both victim and perpetrator.

Then, dispersed throughout the gallery will be several neon works: Weakness, Flatline, Error, We See, and, made specifically for this exhibition, 233ºC. Each neon, be it in its choice of word, its style, its references, or its symbolism, comments on our relationship with either war (social, cultural, or literal), pharmaceuticals, and censorship, or all of the above, at once. For example, 233ºC, is the temperature at which books catch fire (by auto-ignition) and is a reference to Ray Bradbury’s ‘Fahrenheit 451.’ Bradbury’s book was written in McCarthy Era America, a time associated with deep corruption and fear, and not surprisingly, biological weapons developments in relation to the Cold War.

You can find more at Rampa, Istanbul. 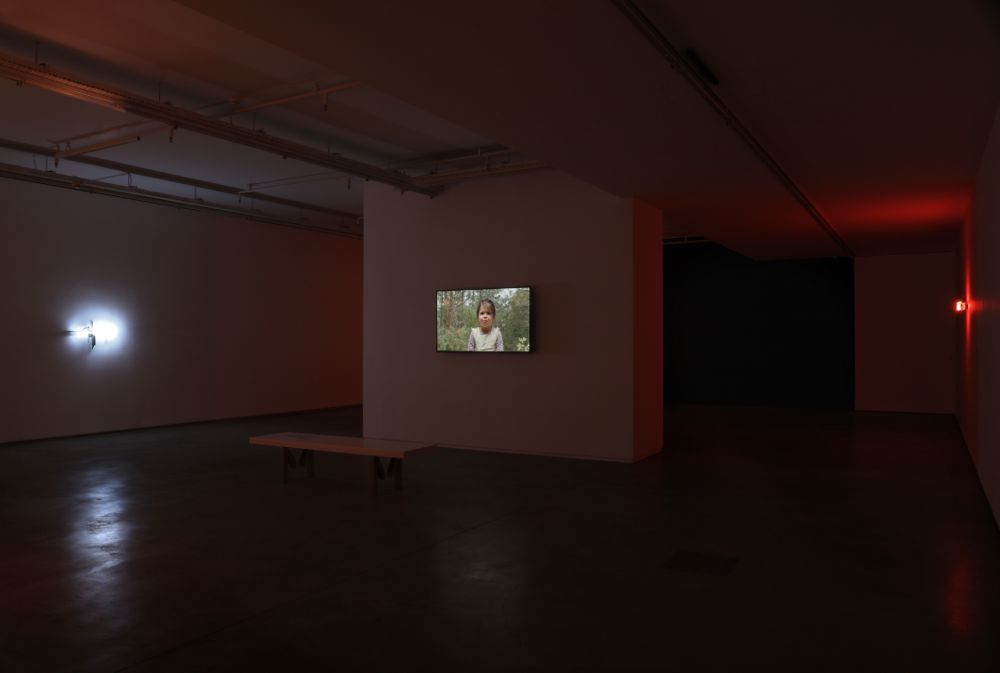 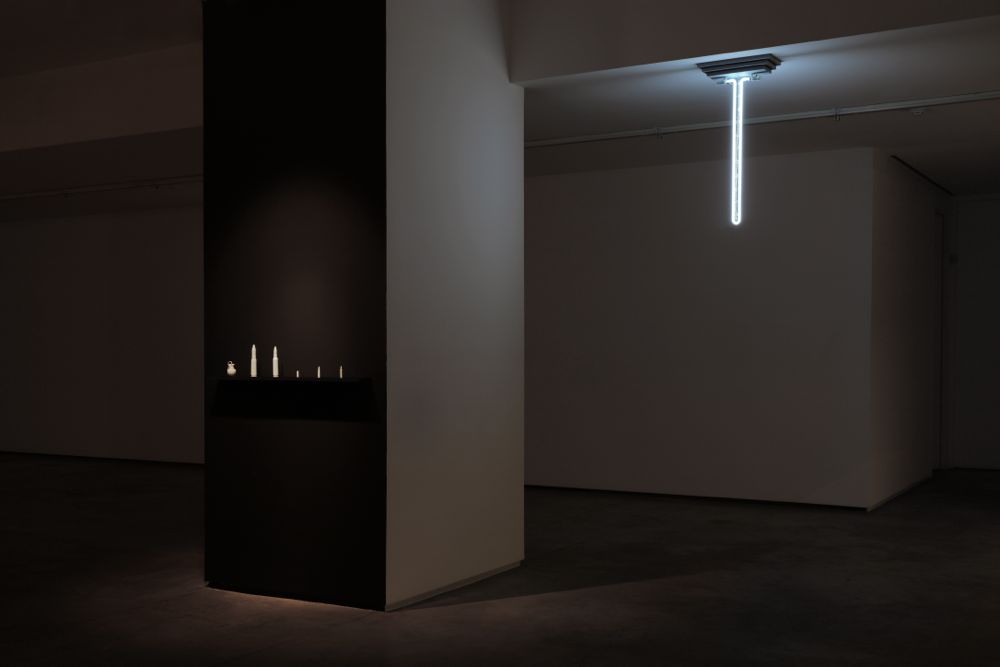 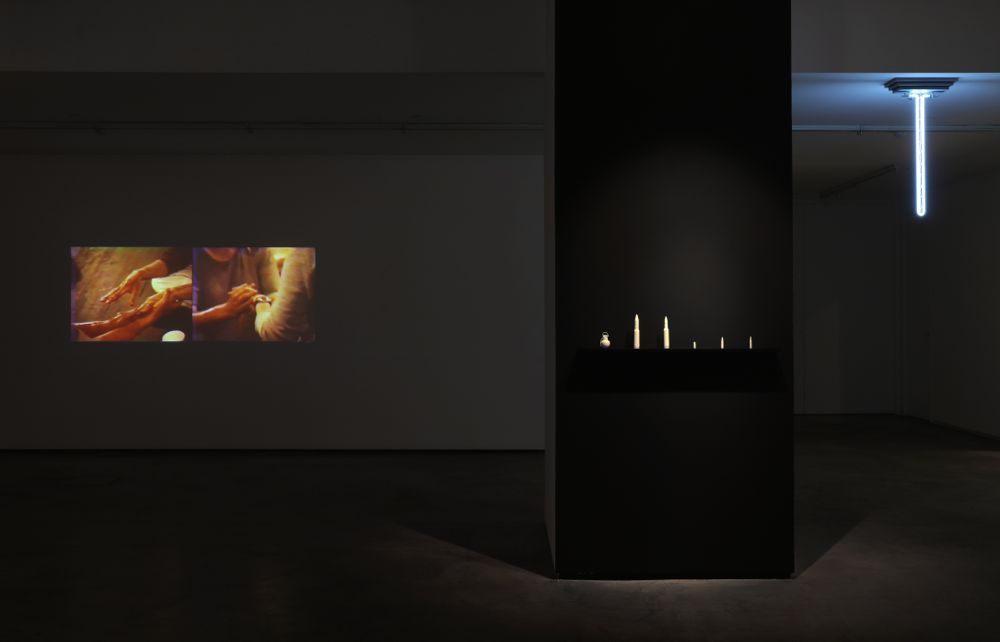 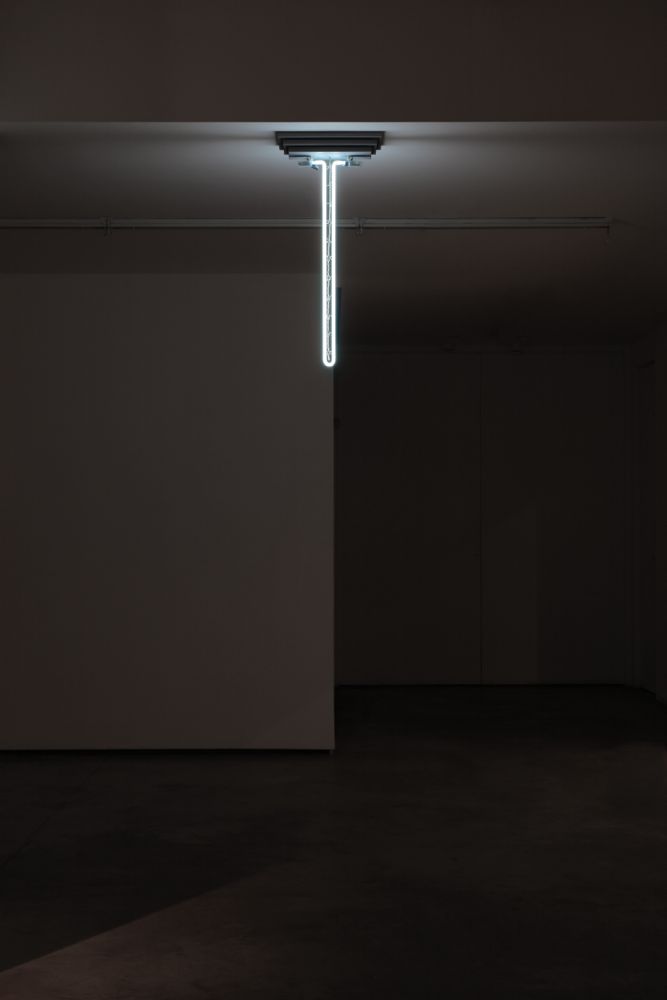 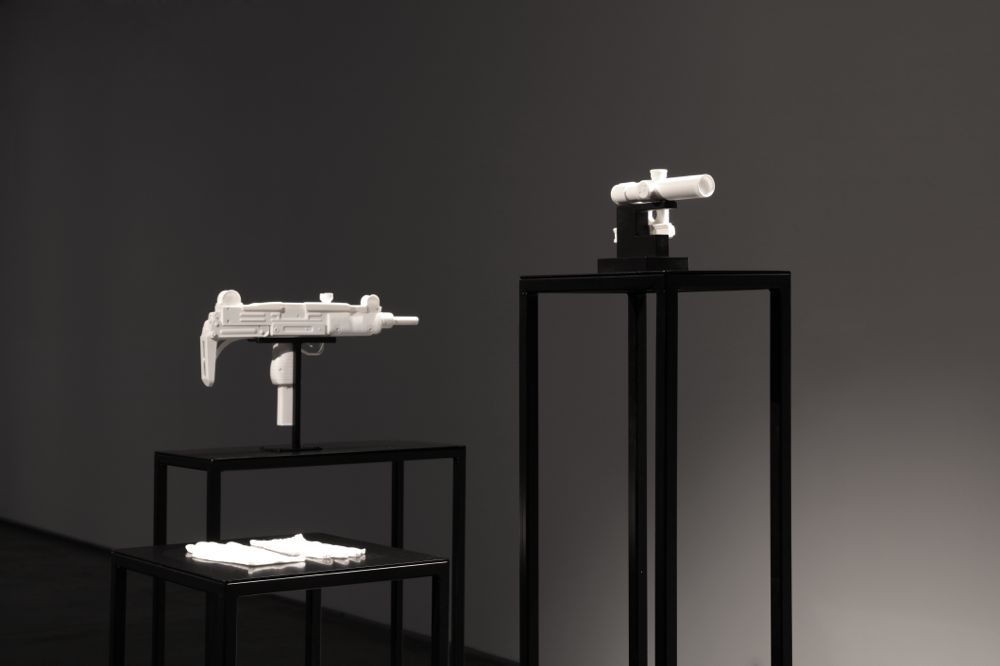 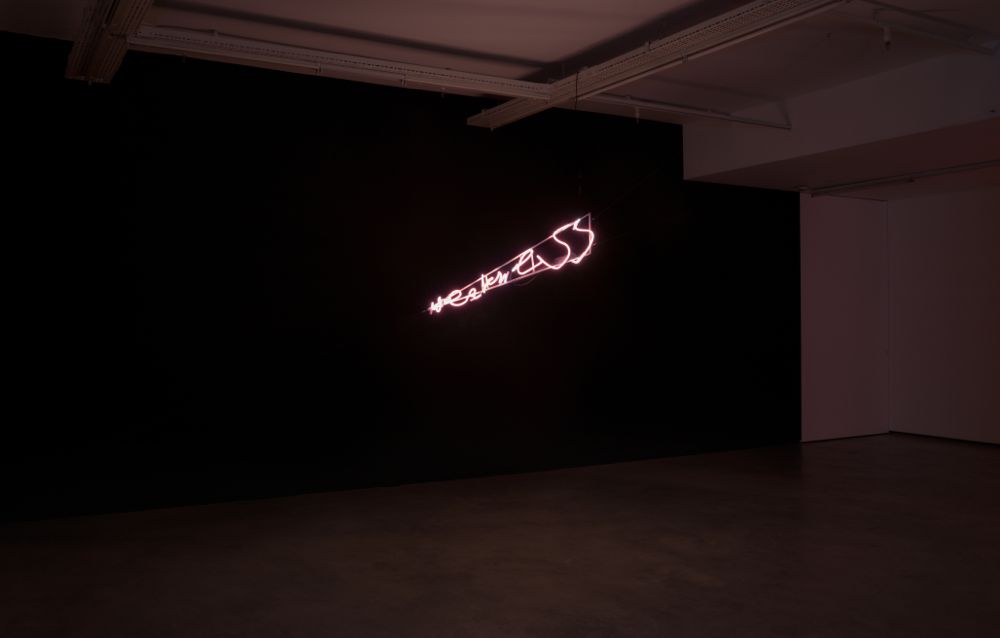 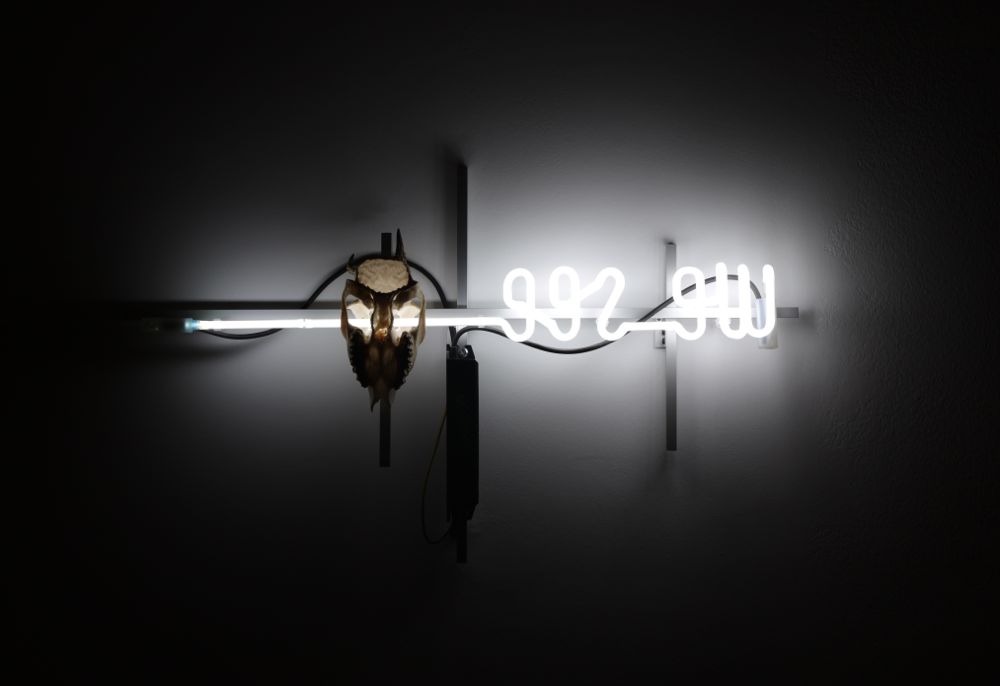