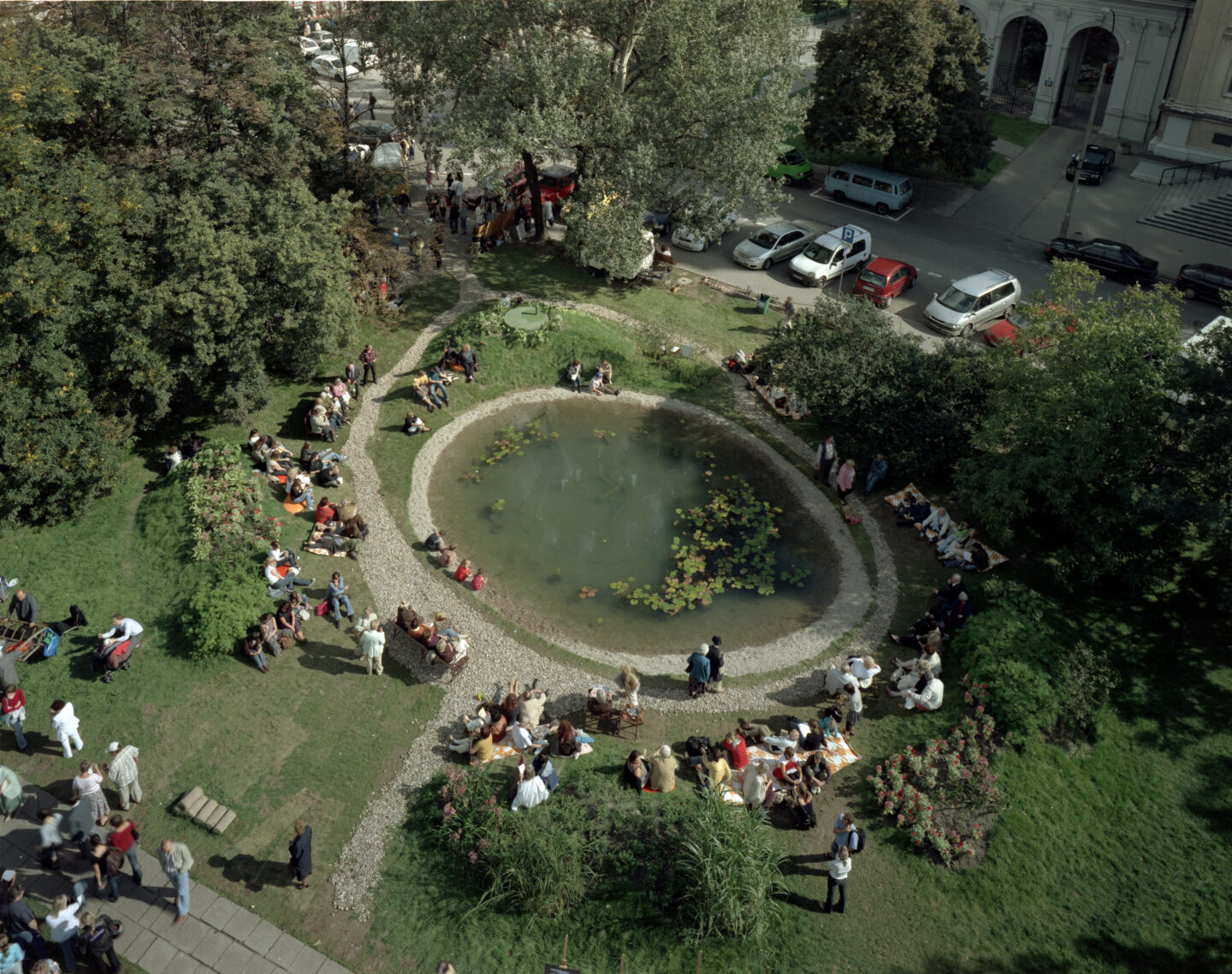 Joanna Rajkowska’s Oxygenator, a public project in the centre of Warsaw, produced by the CCA Ujazdowski Castle, was presented on a green square in Plac Grzybowski in Warsaw from July through September 2007. In the middle of the lawn, a 140 square metre-large, 1 metre-deep pond was arranged, surrounded by greenery, shrubs and water lilies, and equipped with air-ozonating and fog-creating equipment. The pond was surrounded by seats for visitors created on the basis of Michał Kwasieborski’s K.myki design, produced by Fundacja Bęc! Zmiana and the Architecture Bureau of the City of Warsaw. The project was preceded by archaeological excavations carried out in April on orders from the Province Conservation Officer.

Plac Grzybowski is a place suspended between different temporal orders, architectural layers, social groups. There is a synagogue nearby and a church, corporate offices and small hardware stores. Approaching the square down Próżna street is like entering from another world, another time – as if the ghetto still existed. Around, thousands of people live in drab high-rise apartment blocks – once the symbol of modern, post-war Warsaw. Among them new, symbolic, architecture has been erected – the free-market capital city’s office buildings and financial institutions; top-class residential condominiums are springing up nearby. All these layers meet physically in the same space, but they are unconnected. Their residents pass each other every day, but they do not communicate – their common space virtually does not exist. The place’s identity is fragmented, no single narrative exists. The atomised present is based on those different, incompatible layers, it is fragile, there are gaps in it, places that need to be filled, in which there sometimes flashes some afterimage of the past. The past is a sensitive subject, usually perceived as history, a duty, a form of our thinking about the past.

Joanna Rajkowska Oxygenator is an attempt to create a place exempt, as it were, from the dominant conventions, a place virtually ideal, an enclave of fresh air in the centre of the city. Its temporariness, unusualness, lack of a pre-adopted script create a space that only others can fill. The artist makes the initial gesture, which will be developed and interpreted outside her control – during the project’s twomonth existence and in the course of all the more or less accidental events that will take place around it. The pond installation is an intervention firmly rooted in a specific context, a distortion of the place’s hitherto order. It does not propose a single viewpoint instead, but rather suspends the everyday patterns, and creates a potential space besides – but, at the same time, very much here and now – a space open to interaction and communication. This intense here and now, in a place so traumatised, fragmented, and claimed by no one, is to become a clean, open field, a kind of new beginning. 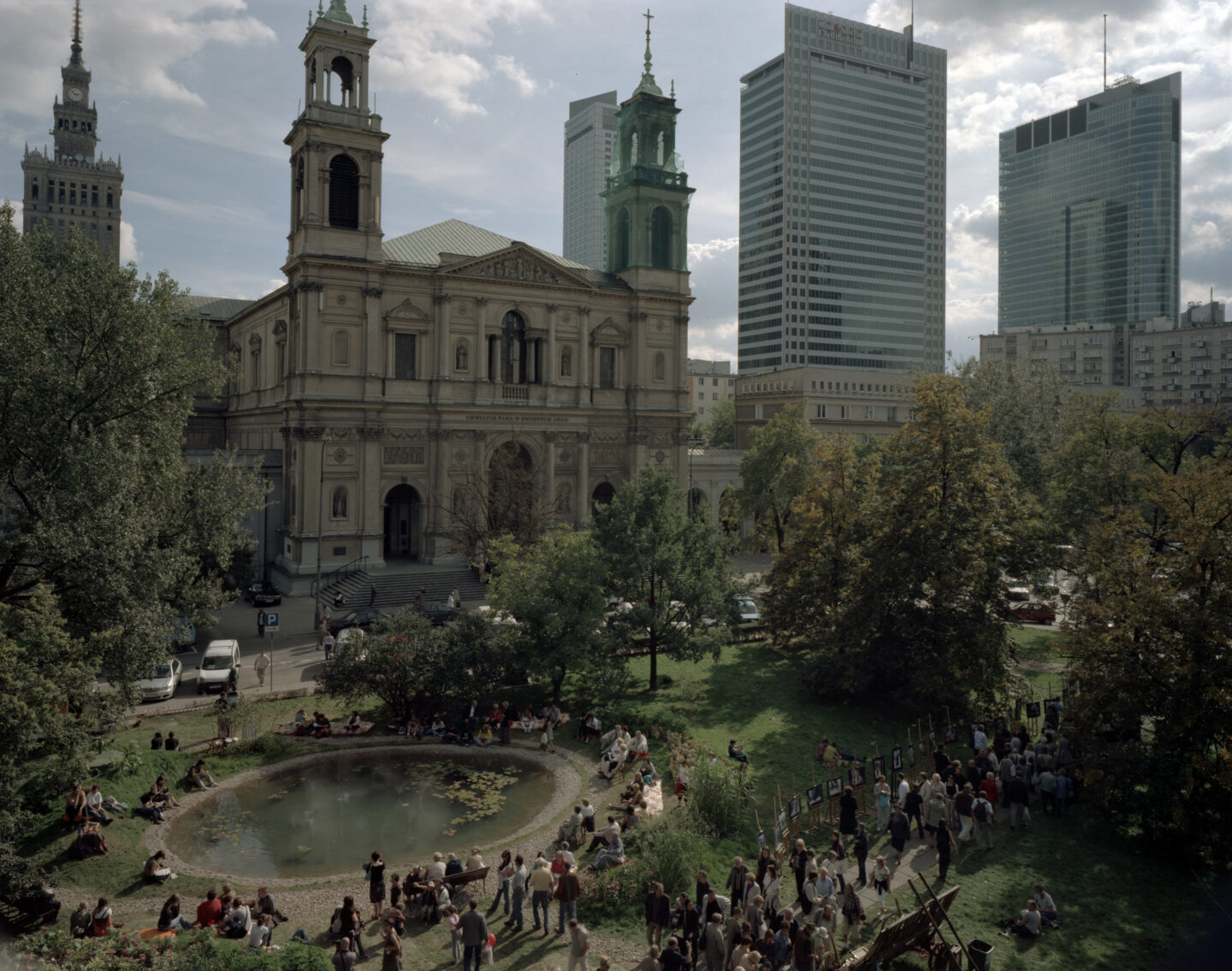 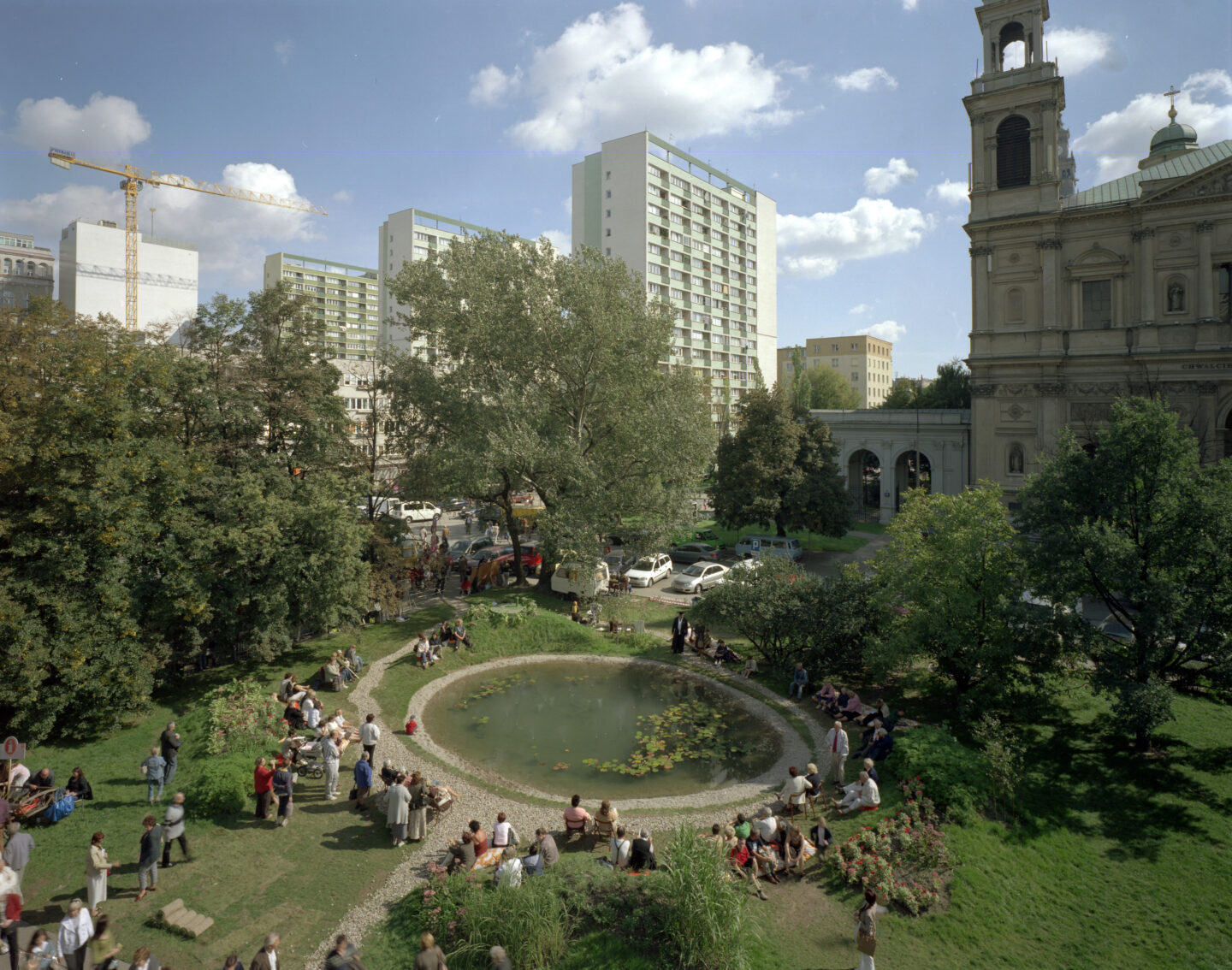 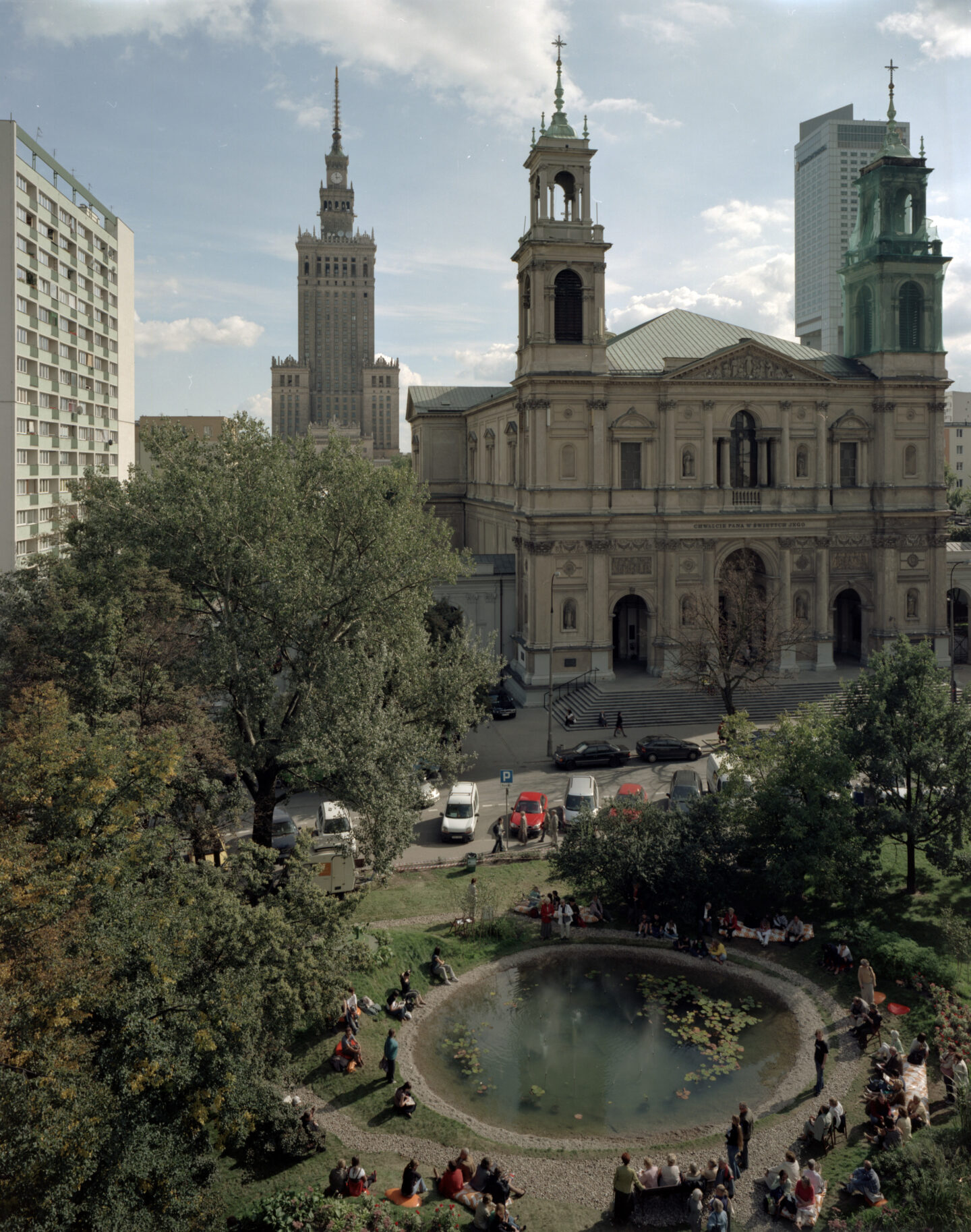 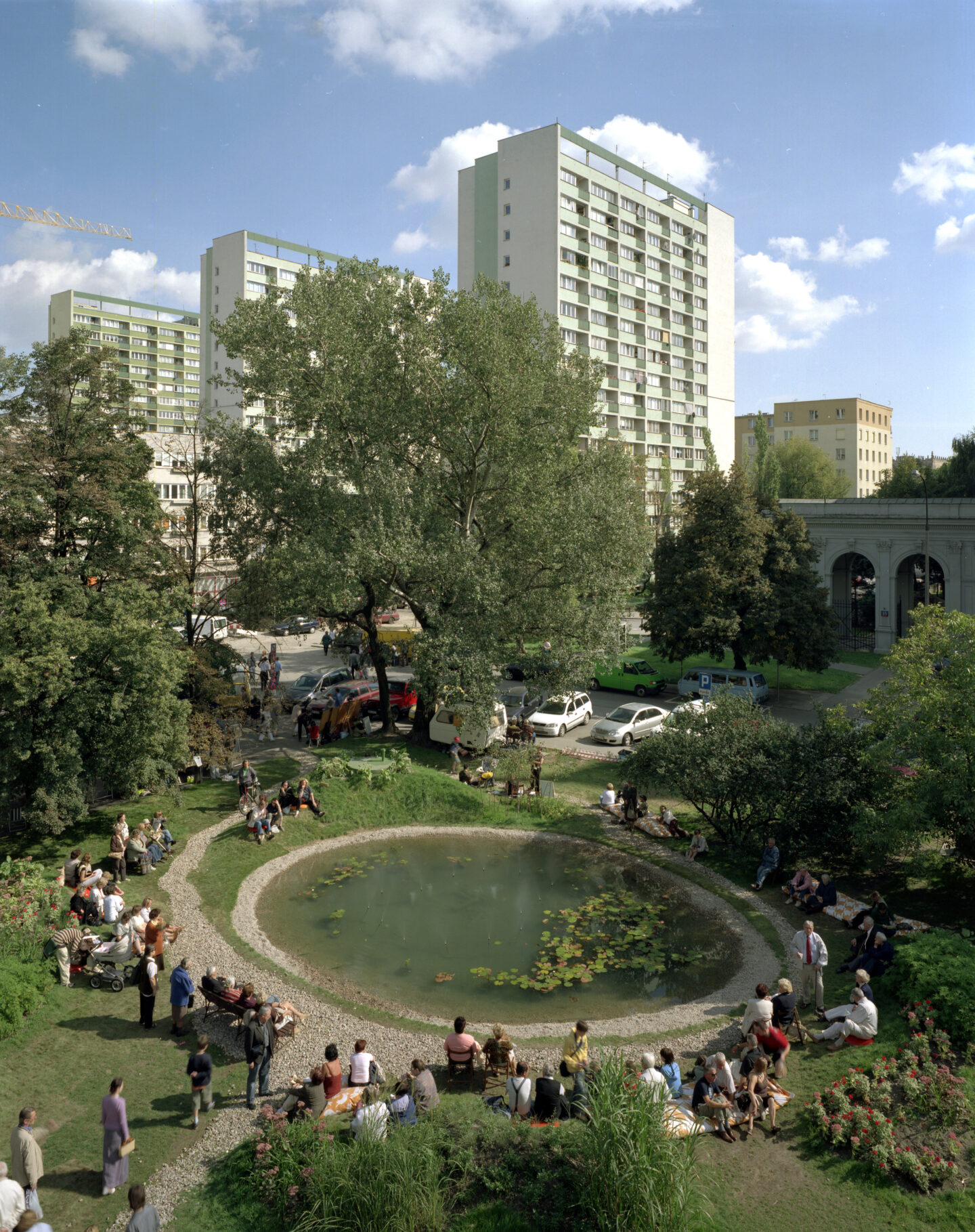 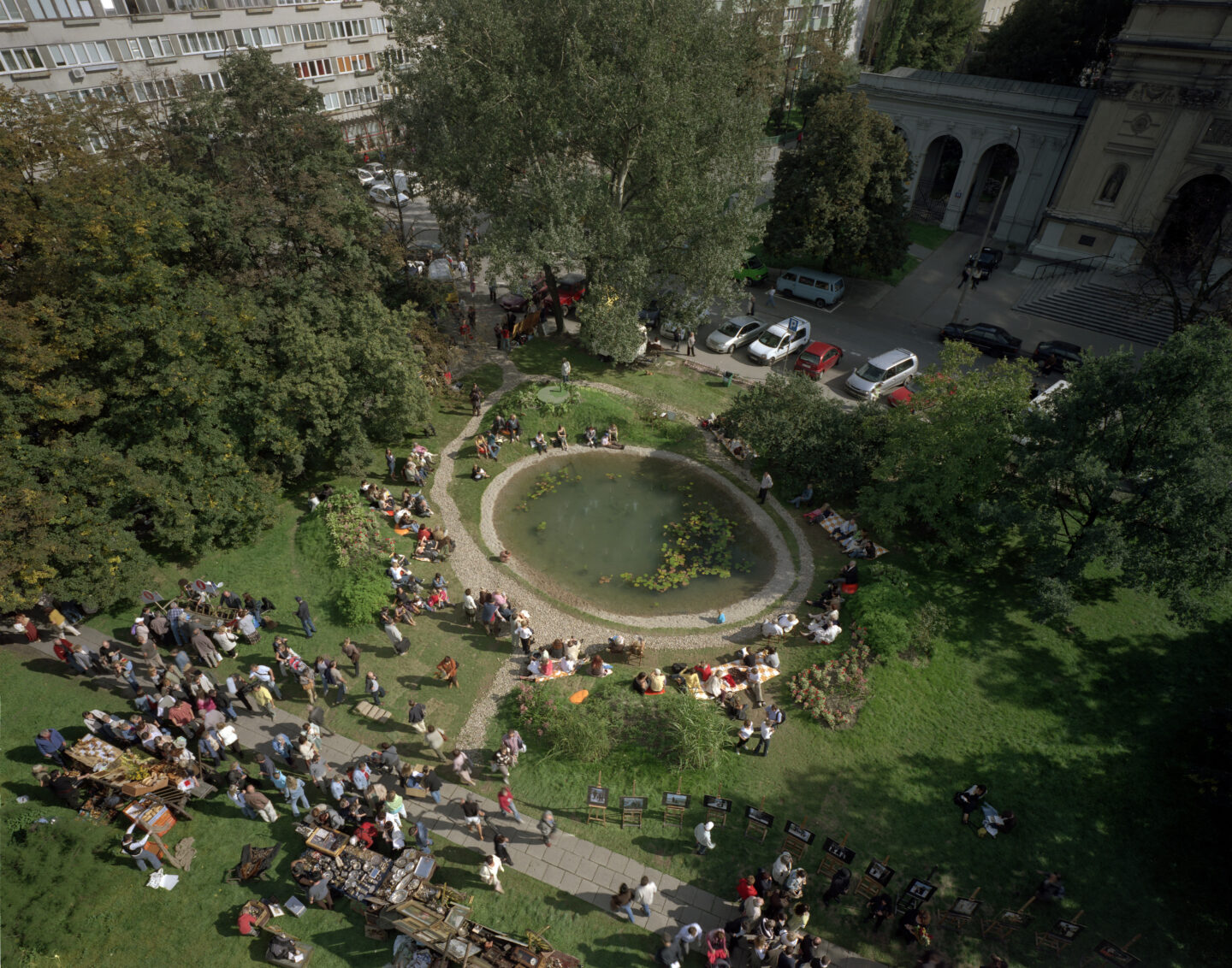 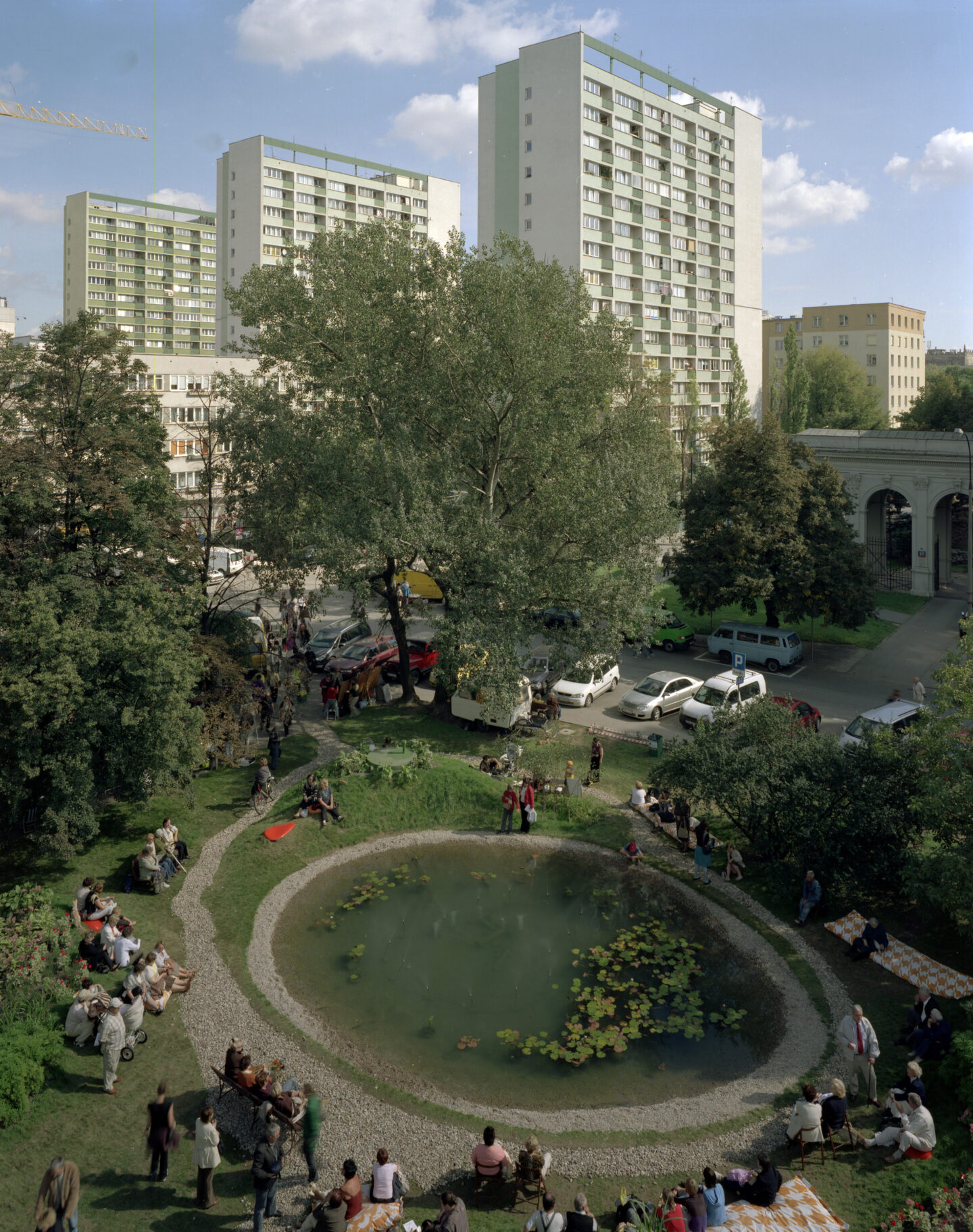