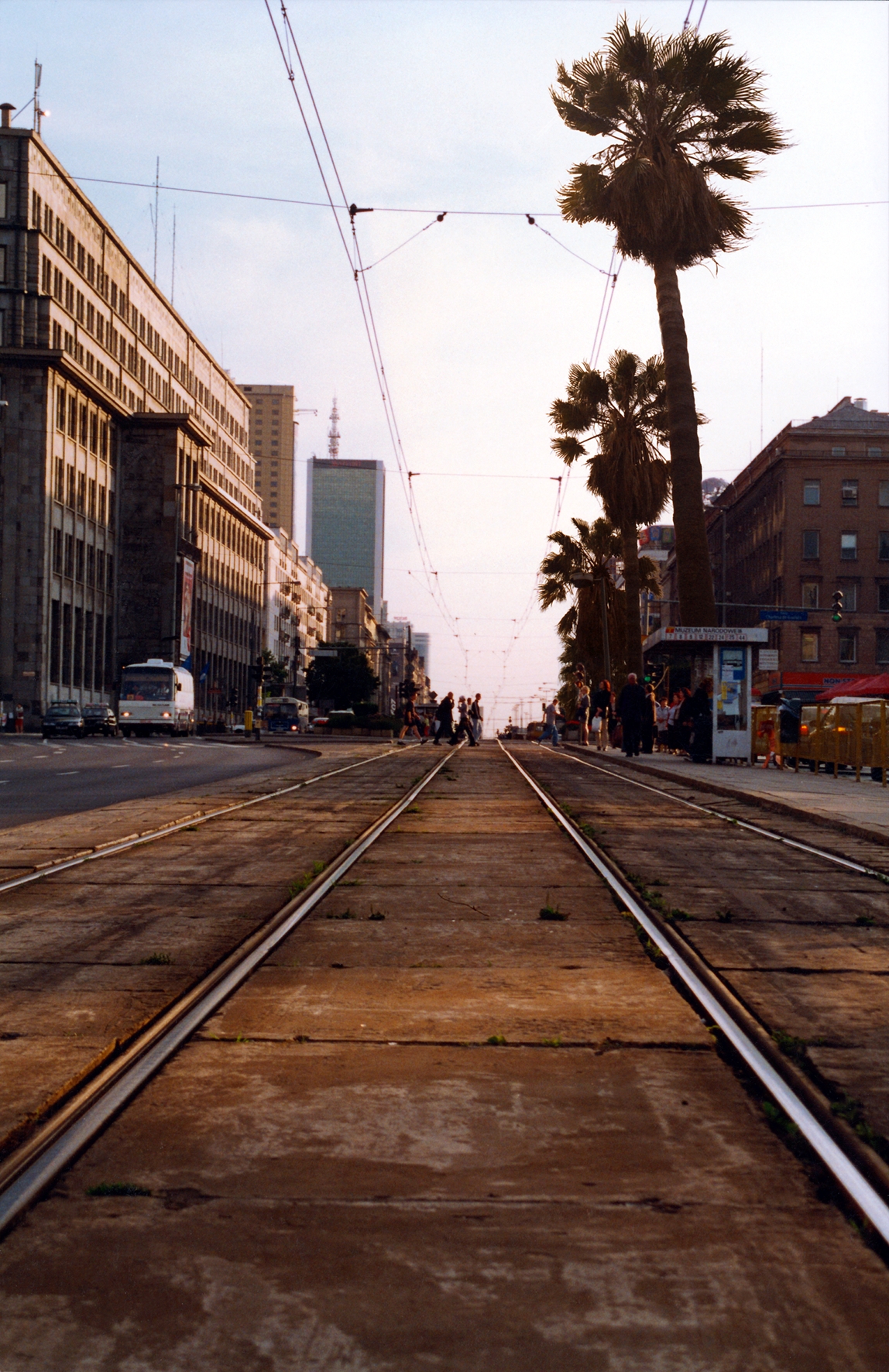 “We wrote about Israel, thought about the ending of the text. I really forced my brain to invent the end and, as I remember, that wasn’t the first idea. But then, I short-circuited inside and the frames of memories from Warsaw and those from Jerusalem, for example from the plaza in front of the Faisal hotel, where we lived, superimposed on one another. And one more frame: a postcard that you found in the Old Town district in Jerusalem. There was a bald hill and on it a poor, rachitic palm. And below, a sign: “Greetings from Hebron” or simply, “Hebron”, I don’t remember for sure. It impressed me. It looked as if it were printed in Poland somewhere, in the 80s”.

Greetings from Jerusalem Avenue is an idea taken from language, from a story, from the attempt to describe a trip to Israel. The lines of palm trees along the Aleje Jerozolimskie had to constitute a summary of the trip that I took with Artur Żmijewski in the spring of 2001. In a literal way, it is a transfer of the view – that in Israel is an obvious one – to Warsaw, to the street whose name, in turn, sends you back to Israel. In a less literal way, the palm tree relates to the expression that (in the Polish language) we use to describe something unthinkable, something outside our way of comprehension, something – to put it simply – absurd. The palm tree, as a sign of everything that escapes our way of reasoning, belongs in Warsaw. Though, maybe it indicates only that our way of reasoning does not fit the real world.

* Excerpt from an interview by Artur Żmijewski.

You can read the whole interview here.