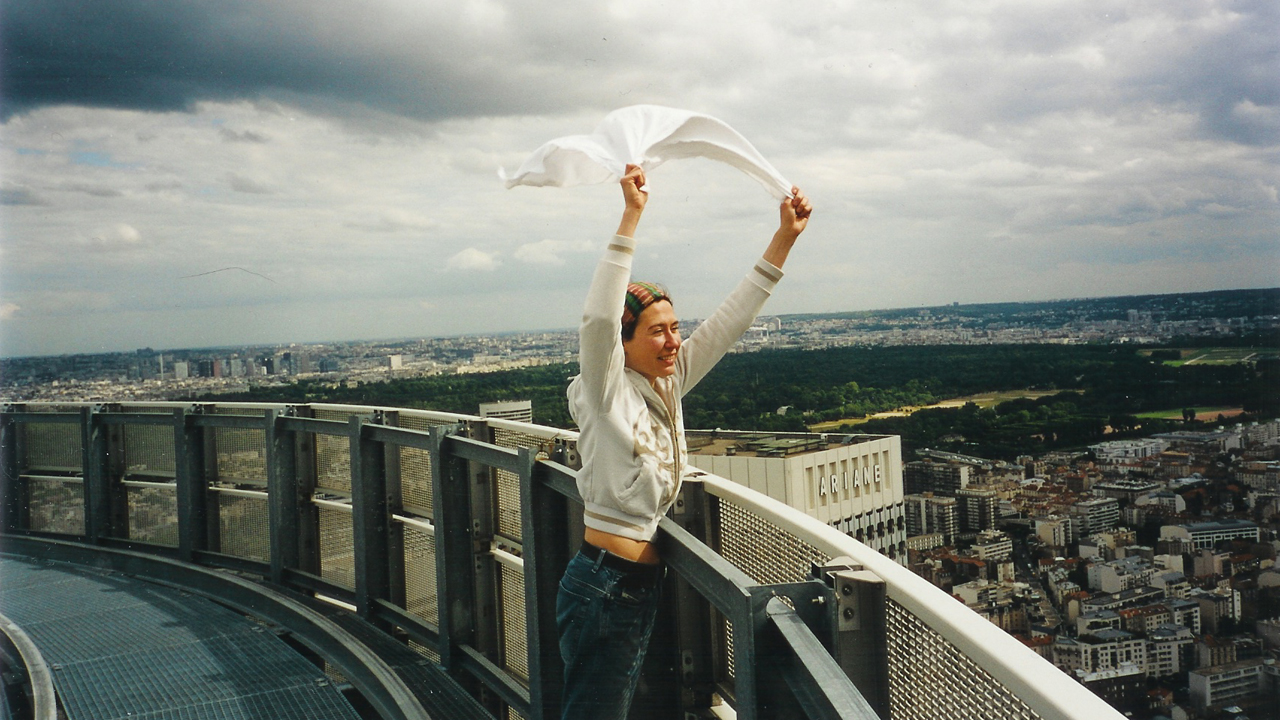 An announcement appeared in Liberation on June 24, 2004. Today, at 4 o’clock, Joanna Rajkowska will be on the top of tower A, Coeur Défense. She will be visible from the roof of the Great Arch at La Défense. People, who during this time decided to see the panorama of Paris from the Great Arch, even without the aid of binoculars could recognise a tiny figure on the roof of tower A, Coeur Defense, which waved a hand to them, as though in greeting. Based on this event a nine minute film was made. The Hello act was done simultaneously in two places: on the Coeur Defense tower and on the Great Arch. The tourists don’t notice the small figure, which is giving them some kind of sign, they are taking photographs, picking their nose oblivious to the emotional involvement of the other side. My effort is met with total indifference, making the situation somewhat ridiculous and pathetic. The film is dedicated to my mother, with whom I’ve lost contact from the time she started sufferring from Alzheimer’s disease.