Greetings from Jerusalem Avenue is part of the collection of the Museum of Modern Art in Warsaw
Constructed and installed under the patronage of the Centre for Contemporary Art Ujazdowski Castle in Warsaw, and Instytut Promocji i Sztuki Foundation

The Plastic Palm and Memories in the Making: Conceptual Art Work on Warsaw’s Jerusalem Avenue

Tu Bisvat under the palm tree

A DISRUPTIVE DESIRE TO BE THERE WHERE IT STANDS

Special thanks to:
Elżbieta Pustoła, President of The National Depository for Securities and Konrad Pustoła for sponsoring the project in 2007
Andrzej Ners, President of MPRO, municipal company for sponsoring the project in 2005-2007
Dorota Keller, Warsaw Councillor for lobbying for the palm tree to be renovated
Ryszard Mikliński, Vice President of Warsaw for supporting the project and our fights for numerous permits
Dorota Dąbrowska, from the American Chamber of Commerce in Poland for bringing our project to the attention of the Soul-utions.com of Las Vegas
Anette Dittert of AGR Studio Warszawa, German TV for her input and inventiveness in searching for financial support
Felix Ahlers for his help in searching for financial support and his advertising of the palm tree in Marak, a café on Świętokrzyska Street
Janusz Jakubowski, and Kancelaria Radców Prawnych Jakubowski i Pluta S. C.(a law office), for preparing the legal agreements concerning the project and for good advice
Piotr Kowalski from CSW for his technical knowledge
Między Nami and Ewa Moison for printing the promotional postcards
Marek Szczepański for the pictures of the de Gaulle roundabout
Agnieszka Kowalska of Gazeta Wyborcza
And Michał Zaczyński of Życie Warszawy for their fight for the permits waged in the press
Piotr Olczak for the advertisement spot 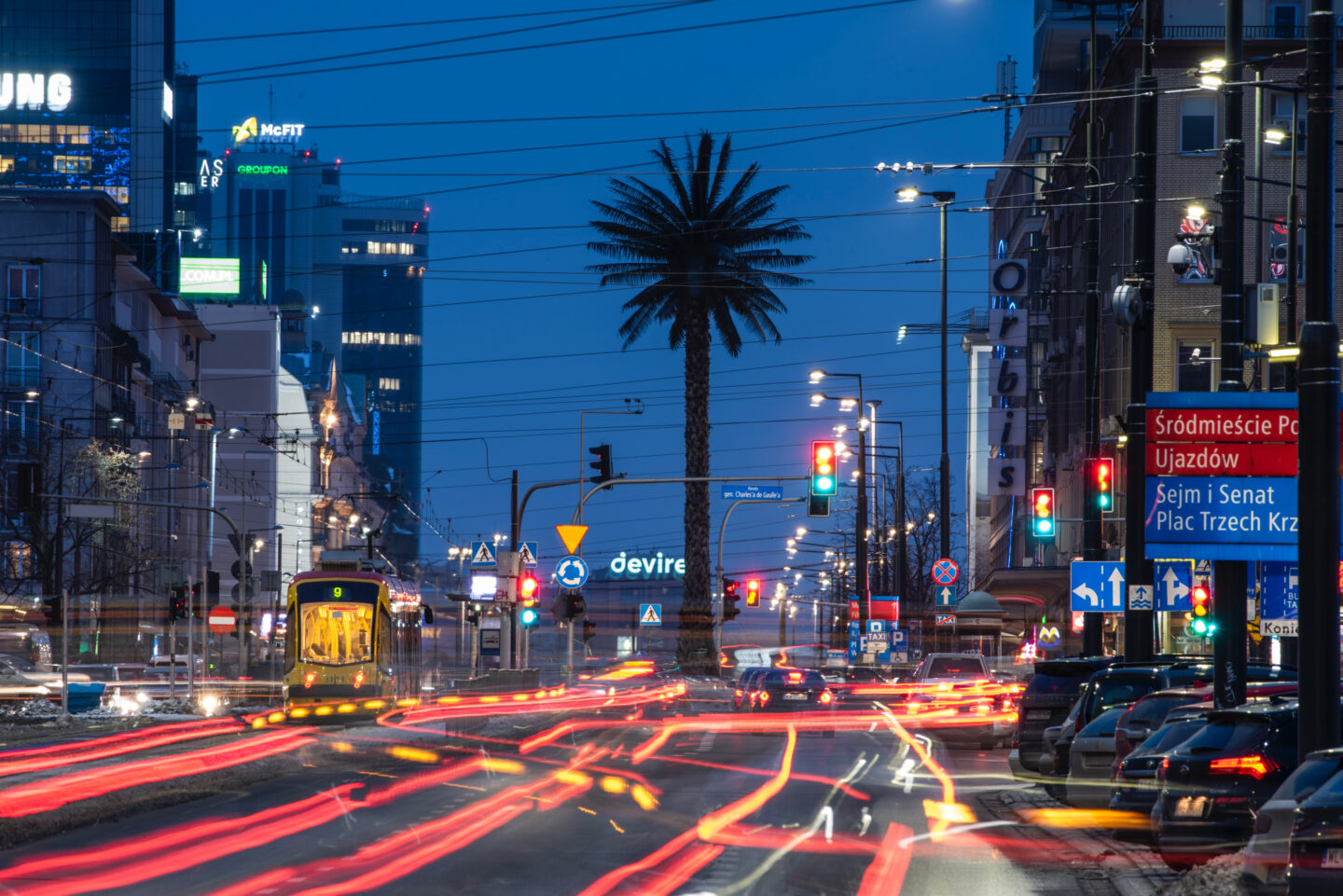 Greetings from Jerusalem Avenue, a palm tree standing on the Charles de Gaulle roundabout in the heart of Warsaw, is the most iconic Polish artistic project in public space since 1989. The project originated from the artist’s visit to Israel, during the outburst of second Intifada. It made her realize the void left by the absence of the Jewish community in Poland and the significance of the history and etymology of Aleje Jerozolimskie to Warsaw identity. By adding an almost surreally alien element, a palm tree common in the Middle East, in the spot that previously served as a location for a Christmas tree, the artist highlighted and challenged the invisibility of the street’s name. 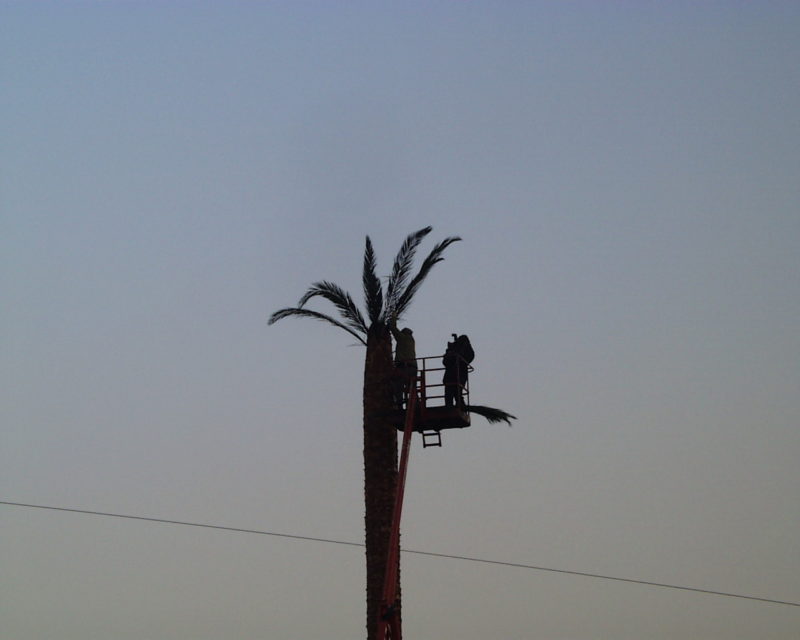 It was also supposed to be a social experiment examining how far Polish society is ready to accept such a culturally alien element. The place where the palm stood was traditionally used for a Christmas tree. The palm tree still sparks extreme emotions. It divided Warsaw’s society for those for whom it is a sign of a society and a city open to otherness, diversity, migrants and change and those who are supporters of the order, tradition and the city closed to strangers. It also contains a lot of humor and irony that save her from appropriating definitions.

The palm tree became one of the new symbols of Warsaw, both exotic and familiar, provoking and energizing. It is an anchor point for protests, manifestations and happenings. The palm tree is both a Varsovian and a foreigner.

The palm tree is a reminder of the Jewish community that inhabited Warsaw until the Holocaust, implicit in the name of Jerusalem Avenue. Yet, as well as signalling this loss, the palm tree also stands as a symbol of the new urban reality. It is a homage to the chaotic, busy, Central European metropolis, and a tribute to diversity and flux, migration and change. The artist hints at blind spots in memory and imagination, demonstrating what the city lacks as a community. In the situation of deepening anthropogenic climate change, the exotic tree became a sign of crisis, a warning sign placed in the center of Warsaw.

The palm tree is absurd and whimsical. It helps us to maintain a distance at times of excessive pomposity, it deconstructs societal rituals and allows us to look at Jerusalem Avenue as a huge stage set for the unfolding 24/7 spectacle of the city.

The palm tree appeared on the roundabout in the centre of Warsaw thanks to the enthusiasm and labours of many people: activists, volunteers, artists, institutions and companies. It was constructed and installed under the patronage of the Centre for Contemporary Art Ujazdowski Castle in Warsaw. As of 2014, Greetings from Jerusalem Avenue is part of the collection of the Museum of Modern Art in Warsaw.

Love Letters from the Palm Tree
2021, series of drawings in response to Love Letters project conceived by Astrid Korporaal and Basia Śliwinska