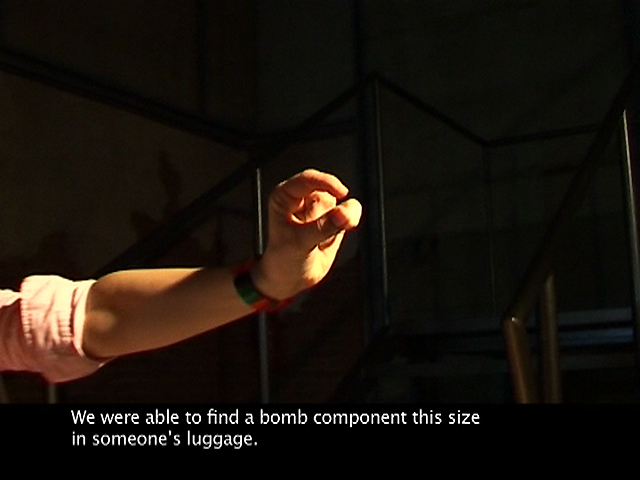 Two people reminisce about how they worked as airport security attendants clearing Eastern European Jews emigrating to Israel, about the brainwashing training they had to undergo in Israel, about their ruthlessness, and about the moral hangover they feel today.

This  film is a recording and at the same time a performative repetition of old memories. Distant ones, different from the present, and yet continuing to strongly influence one’s present-day thoughts, decisions, and actions. The past, recalled for the first time ever in a public communication situation, clashes here with the present. It affects the protagonists, and at the same time is being modified by them, read through the filter of their present identity. The project shows the entanglement of an individual story into a broader context of narratives produced by other individuals, groups or institutions. At the same time, it reveals its ambiguity, multi-directionality and flexibility – playing out before the viewer’s eyes its not always convenient and pleasant ability to shape itself in a subjective way. 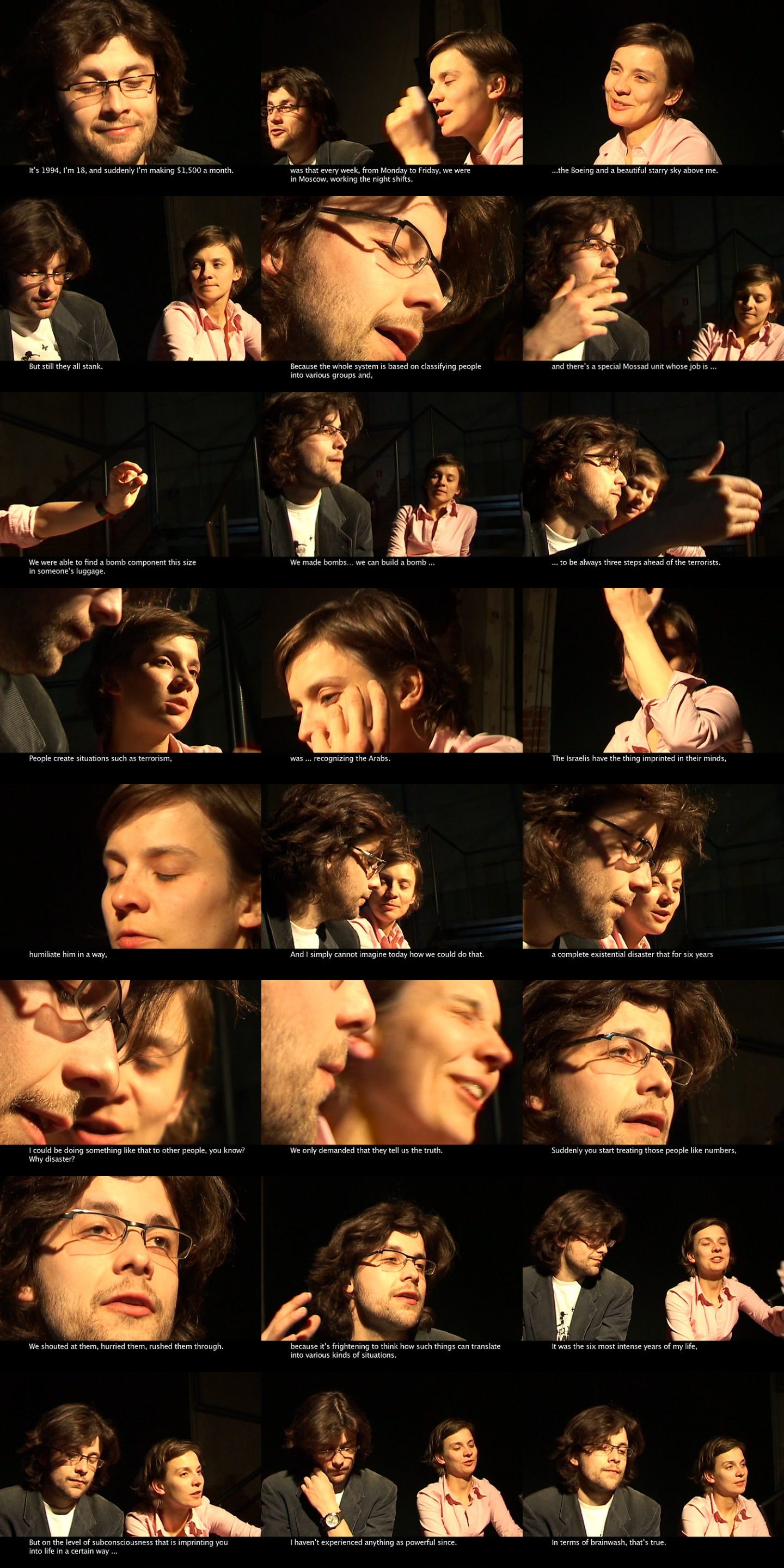